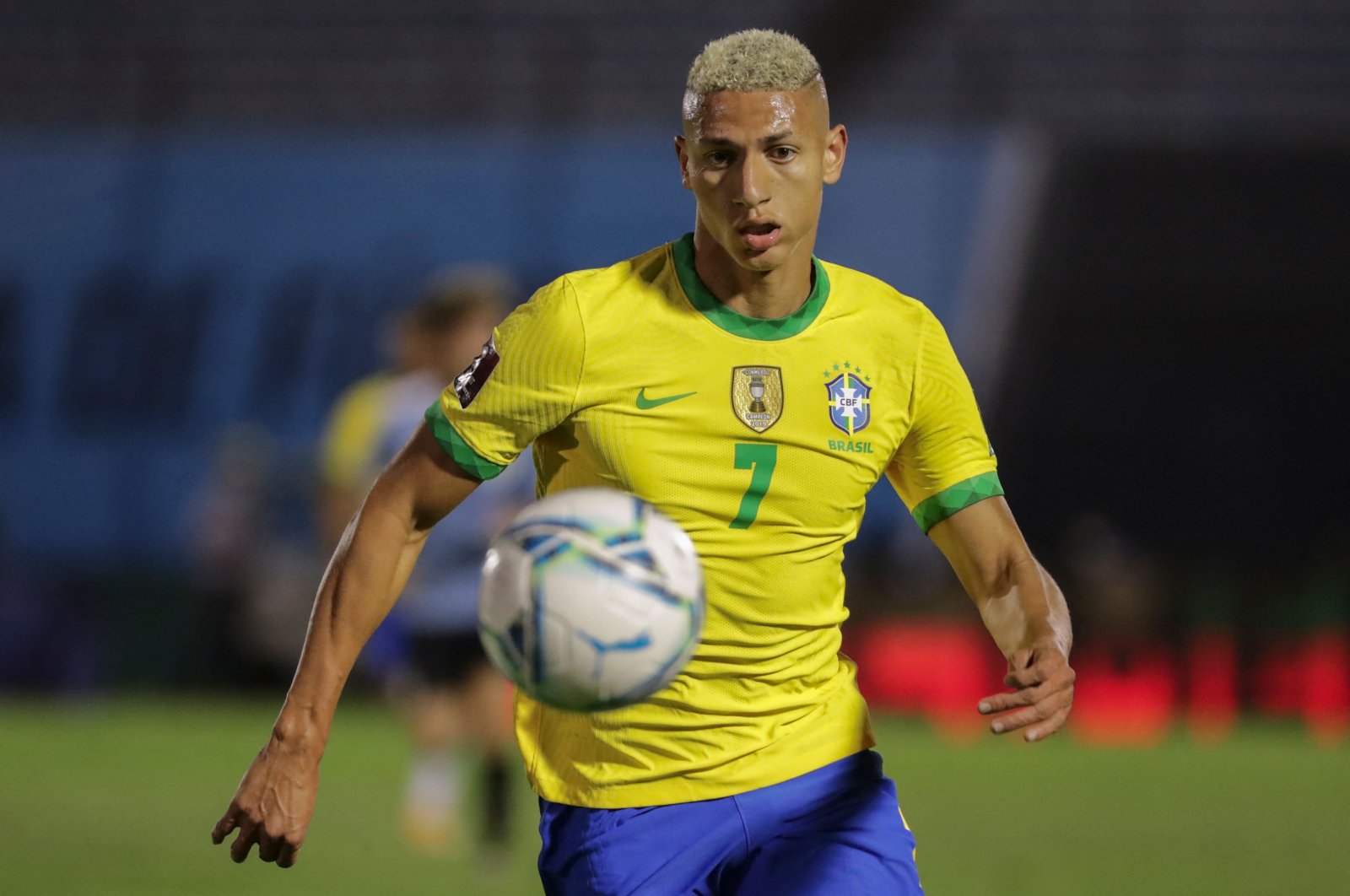 Already shorn of the injured Luis Suarez, the two-time world champions will have to make do without their other attacking icon, Edinson Cavani of Manchester United.

The Premier League giants, alongside the likes of champions Manchester City, Liverpool and Chelsea, have refused to let a host of players join their national teams because they are due to play matches in red-list countries, meaning they would have to quarantine for 10 days on their return to England.

That would force them to miss two league games as well as a Champions League fixture.

In a classic club versus country clash, it is national teams that have lost out, most notably Brazil, who must make do without nine players originally called up by coach Tite.

"All I will say is the truth that the competition has been tarnished by what happened," Godin told reporters upon his arrival in Uruguay from his Italian club Cagliari.

"It's not normal that national teams cannot count on the players that the coaches want to pick.

"In our case, we're without Edi and it's not normal that players are wondering whether or not to come because they're stuck in the middle."

It is a tough blow for Uruguay in a razor-tight qualification race that sees eight teams from third-placed Ecuador to rock-bottom Peru separated by just five points.

Uruguay travels to Peru on Thursday before hosting Bolivia and Ecuador.

At one point it looked as though around 30 players would be unavailable after the Spanish, Italian and Portuguese leagues joined their English counterparts in saying they would support clubs that prevent their players from traveling.

But those leagues relented due to different quarantine rules that meant players based in Spain, Italy, or Portugal may not miss any club games at all.

But the Selecao is also the one country with the depth of talent to ride such a blow, and after winning their opening six qualifying matches, Brazil sits six points clear at the top of the single CONMEBOL table.

Most pundits think Brazil's reserves could qualify from the group anyway, but they won't want to lose to archrivals Argentina under any circumstances.

That blockbuster on Sept. 5 was meant to be the main talking point from these qualifiers with Lionel Messi and Neymar due to face each other for the first time as Paris Saint-Germain teammates.

Messi made his PSG debut Saturday as a substitute in the 2-0 win at Reims.

It is less than two months since he helped Argentina end a 27-year wait for a major trophy by beating Brazil 1-0 at the Maracana in the Copa America final.

This time the sides will play in Sao Paulo in the stand-out encounter of the three matchdays.

It was world football governing body FIFA's decision to add the third matchday, following several coronavirus-induced postponements last year and earlier this year, that sparked the club versus country hostilities.

Chile, who hosts Brazil Thursday, is the other side to miss players, with English-based pair Francisco Sierralta of Watford and second-tier Blackburn's Ben Brereton prevented from traveling.

English-born Brereton, who qualified for Chile through his mother, in particular, will be missed after becoming an instant hit while making his debut for Chile during the June-July Copa America.

He played in all five of Chile's tournament matches and scored the winning goal against Bolivia.

Brereton is a bit of a cult figure in Chile as his eligibility was allegedly noticed by fans of a football computer game, who then launched a social media campaign to have him selected.

In other matches on Thursday, second-placed Argentina travels to Venezuela looking to defend its unbeaten start, while Ecuador hosts Paraguay and Bolivia entertain Colombia.