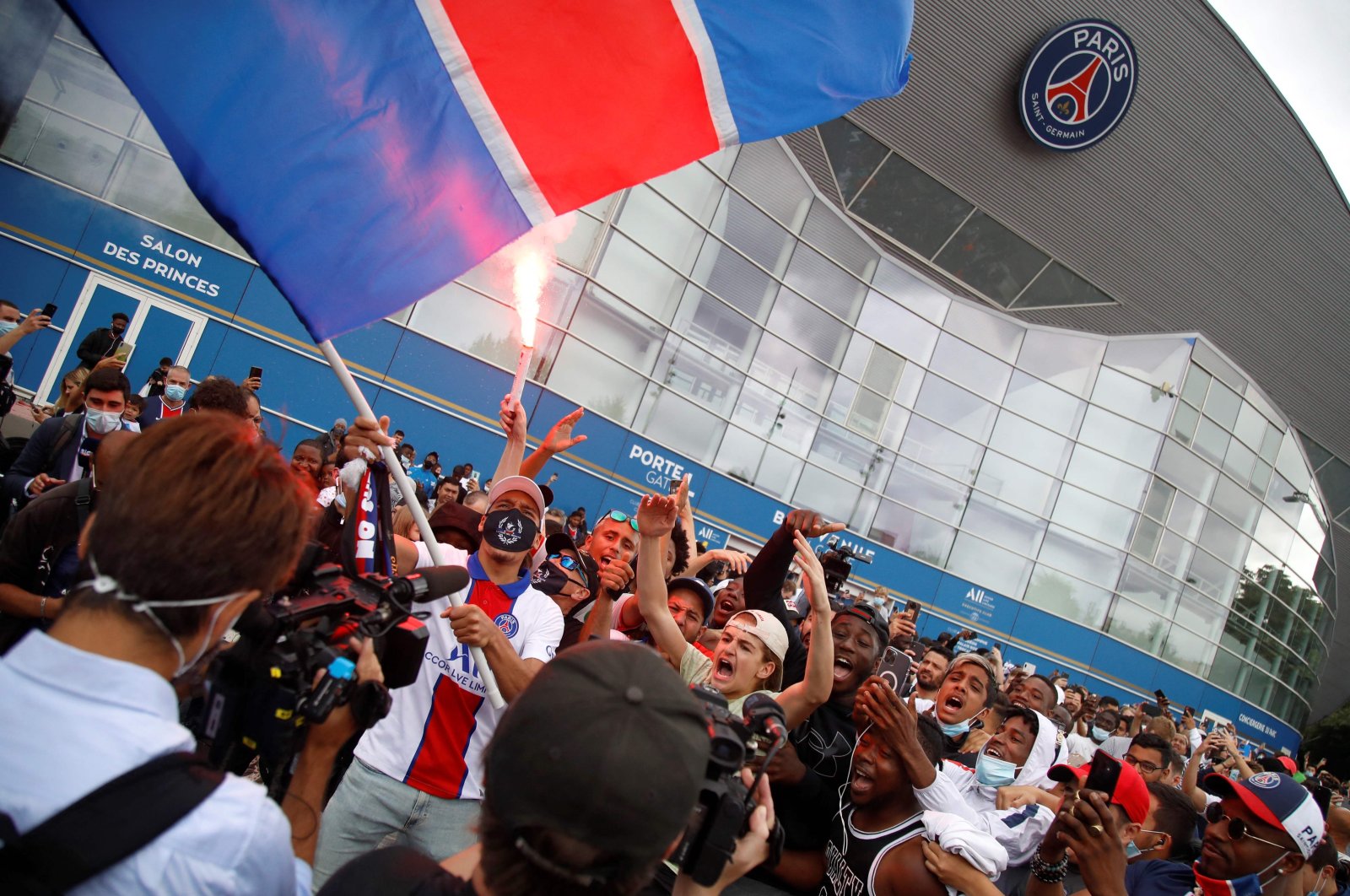 Football fans around the world will be drooling at the prospect of seeing Lionel Messi team up again with Neymar. But not all of them will rejoice. Many will struggle to come to terms with Messi leaving Barcelona. Others would have preferred to see him go to a club where he really could have a transformative impact, like Diego Maradona at Napoli.

But modern football is now dominated by a narrow elite financed by mega-rich owners, state wealth in the case of Qatar-backed Paris Saint-Germain and Abu Dhabi's Manchester City. Add in Roman Abramovich's Champions League winners Chelsea and even the likes of Barcelona and Real Madrid can't keep up.

It is another bitter blow for Barca, who in 2017 was powerless to stop Neymar from going to Paris for a world record 222 million euros ($264m), setting off the chain of events that led to Messi heading the same direction.

Barca ruined itself in the transfer market trying to replace Neymar to the extent it could not keep its greatest ever player due to La Liga's financial fair play rules.

PSG is not immune from the financial difficulties caused by the pandemic, but it is better placed to survive the economic downturn. PSG lost 124.9 million euros before tax in the 2019/20 season, which was curtailed by the pandemic.

Last season's figures are likely to be far worse, reportedly around 230 million euros, with PSG almost entirely deprived of gate receipts as games were played behind closed doors while French TV revenue went off a cliff after the collapse of a record deal with Mediapro.

Yet the club has splashed out in the transfer market, spending 60 million euros on Inter Milan right back Achraf Hakimi and signing several big-name players who were out of contract in Sergio Ramos, Georginio Wijnaldum and Gianluigi Donnarumma.

Wijnaldum was snatched from under the noses of ... Barcelona. PSG can do it because its Qatari owners are there to cover the losses and because, for now at least, French league rules do not stop clubs from having a wages to income ratio of almost 100%, as it was in 2019/20.

It has also been helped by UEFA's decision to soften its financial fair play rules to compensate for revenue shortfalls caused by the pandemic, meaning assessments of the 2020 and 2021 financial years would be done together rather than separately.

Clubs are expected to be able to register losses over the 30 million-euro limit provided they can show they were caused by the pandemic.

Critics say that FFP is no longer fit for purpose, and PSG's rivals would claim to sign Messi, allied to its other summer spending and the fact it already has Neymar and Kylian Mbappe on its books, means the French club is showing a blatant disregard for the rules.

Nevertheless, signing Messi certainly improves its chances of winning the prize they want more than anything, that its Qatari owners have been chasing ever since buying the club.

In May 2011, Messi inspired Pep Guardiola's Barcelona to a 3-1 win over Manchester United in the Champions League final. A few weeks later Qatar Sports Investments bought a controlling stake in PSG.

In August 2017 PSG made Neymar and Mbappe the two most expensive signings in history. Now it has Messi.

"Every coach in the world would like to have the best player in the world in their team," admitted manager Mauricio Pochettino.

PSG's summer recruitment already looked impressive. They were especially crying out for a new midfielder and a right back, needs that were addressed with the arrivals of Wijnaldum and Hakimi.

A team that missed out on the Ligue 1 title last season but who in the last two campaigns reached a Champions League final and semifinal, now appear well set to land a first European Cup.

The model is the Barcelona team of 2014/15 which won the treble with Messi scoring 58 goals and Neymar 39. The third man, then, was Luis Suarez who added 25 goals. Now the third man is Mbappe.

It is over to Pochettino, Messi's compatriot, to accommodate them all, and Angel di Maria, and find the right balance to make his a team of champions, as well as a modern-footballing version of the Harlem Globetrotters.