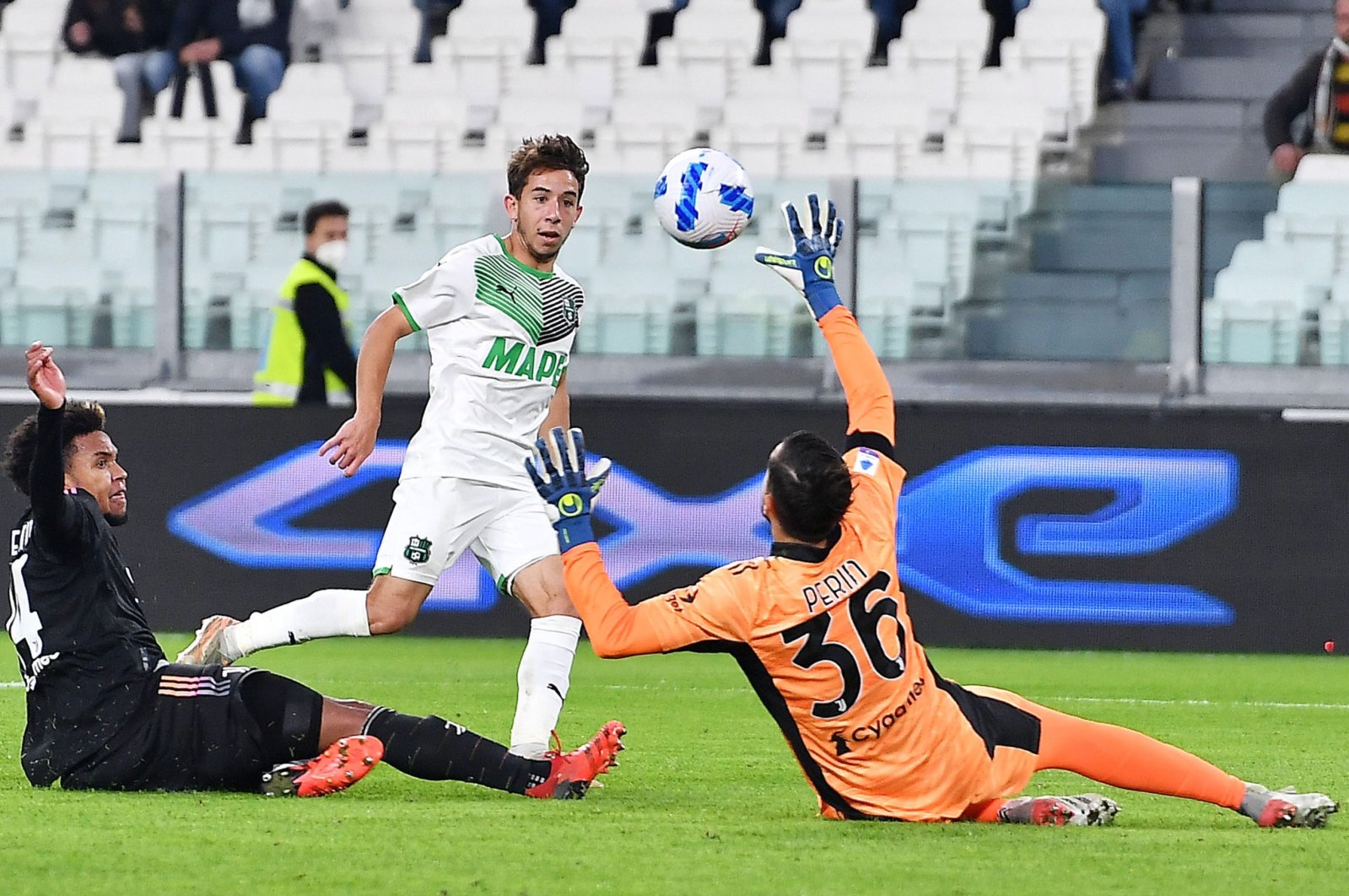 Serie A minnow Sassulo struck late in the 95th-minute to hand Juventus a shock 2-1 defeat, seriously denting the Turin giant's Serie A title hopes, on Wednesday.

French midfielder Maxime Lopez supplied a beautiful dinked finish after charging through on goal while Juve searched for a winner to condemn Massimiliano Allegri's side to a tough defeat.

Juve is now 13 points away from league leader AC Milan, who squeezed past Torino on Tuesday and sit seventh after a result which was as disappointing as its performance.

Alessio Dionisi's side, meanwhile, is up to ninth on 14 points, just one behind Juve after its first-ever away win over Italian football's "Old Lady."

"These are the sorts of matches that you can't lose if you know you're not going to win them," said Allegri.

"We need to think about how we handle games, you can't concede a goal like that on the counter ... Juve never let in goals like today and it needs to never happen again."

Host Juve thought it had earned at least a point thanks to Weston McKennie, who headed a 76th-minute equalizer after Juve fell behind to Davide Frattesi's strike a minute before the break.

Up to Frattesi's opener, Juve had huffed and puffed in a similar fashion to recent displays, although Paulo Dybala was unlucky not to open the scoring when he smashed a low drive off the post 37 minutes into his first start in over a month.

After the break, Juve showed more urgency, with Alex Sandro, Juan Cuadrado and Dybala all going close within five minutes before the hour mark.

However, Giacomo Raspadori had an even better chance for the away side in the middle of all those Juve opportunities, firing high from a great position after being set up by Domenico Berardi.

That miss looked to be crucial when McKennie met Dybala's looping cross with a powerful header that drew Juve level with 14 minutes left.

That appeared to hail the beginning of a Juve siege but the hosts created little in the final minutes and were punished by Lopez when he clinically finished from Berardi's through ball.

Inter Milan stayed in touch with its city rival with a routine 2-0 win at 10-man Empoli.

Champion Inter went ahead through Danilo Ambrosio's header in the 34th minute and once Samuele Ricci was sent off six minutes after the break for a late tackle on Nicolo Barella there was only ever going to be one winner.

Academy product Federico Dimarco tapped home Lautaro Martinez's low cross to make sure of the win with a quarter of the match remaining as Inter bounced back from being denied in the final second by fierce rivals Juve on Sunday.

Simone Inzaghi's third-placed side stays seven points behind Milan, who can be caught by Napoli on Thursday night.

Two points further back in fourth is Roma, who came from behind to win 2-1 at bottom side Cagliari to move into the last Champions League position.

It leapfrogs Atalanta, who won 3-1 earlier at Sampdoria through a Duvan Zapata double and Josip Ilicic's superb individual goal deep into stoppage time.

Lazio bounced back from the weekend's humiliating four-goal hammering at the hands of Verona to beat Fiorentina 1-0 in Rome, with Pedro sweeping home the only goal in the 52nd minute to put Maurizio Sarri's side above Juve in sixth place.