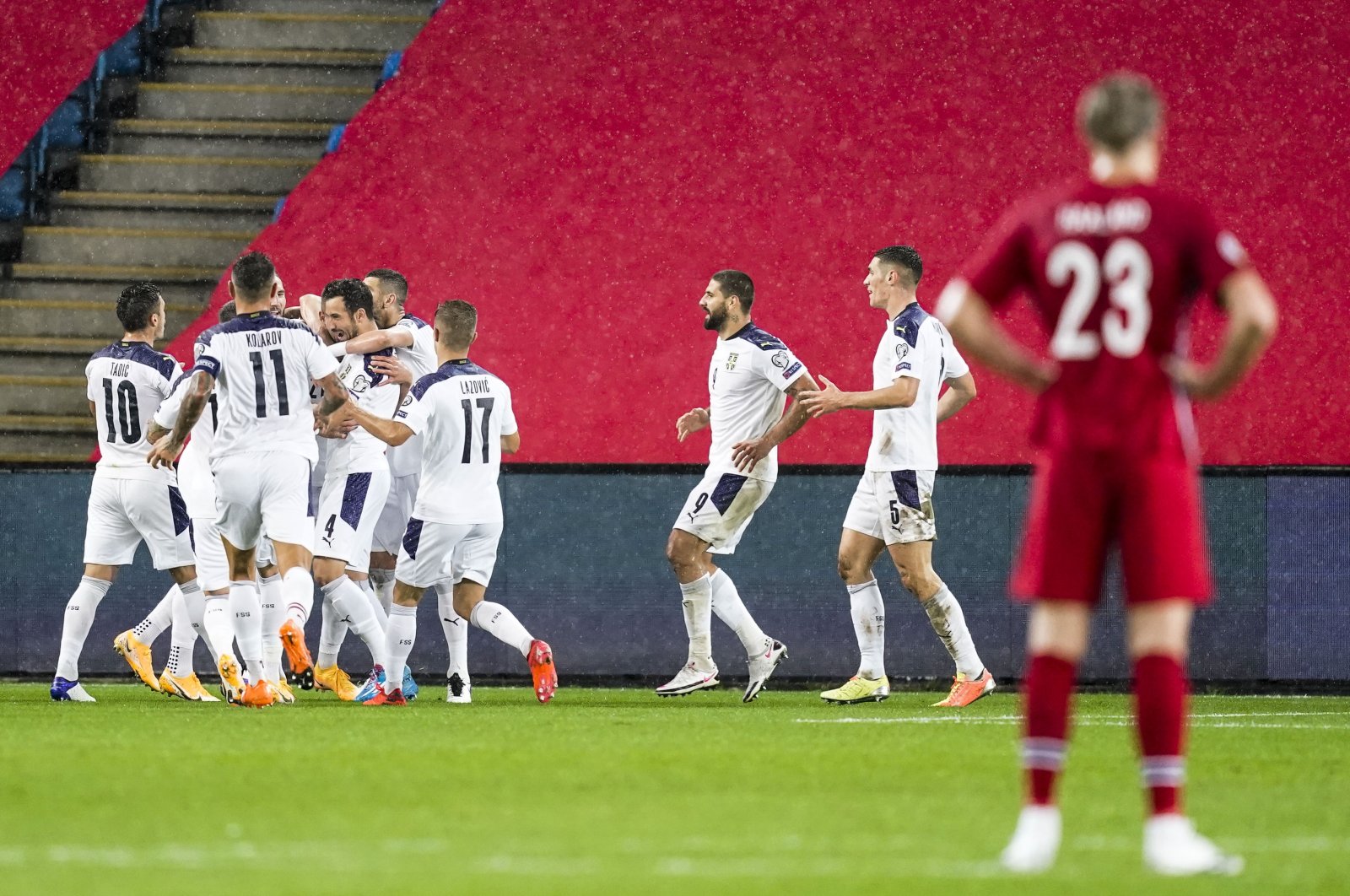 Sergej Milinkovic-Savic scored twice to lift Serbia into the European Championship playoff finals with a 2-1 extra-time win over Norway on Thursday.

Serbia kept Norway’s feared forward Erling Haaland quiet and found its own unlikely threat in the Lazio midfielder who had not previously scored for the national team.

Milinkovic-Savic was on hand to score from close range after a free kick into the penalty area in the 82nd minute, before Norway leveled through Mathias Normann’s angled low shot in the 88th.

An exquisite piece of skill won the game in the 102nd, as Milinkovic-Savic tricked Norway goalkeeper Rune Jarstein with a deft, slow chip from the edge of the six-yard box.

Serbia will host Scotland in one of four playoff finals on Nov. 12 that will complete the 24-nation Euro 2020 lineup. Scotland beat Israel in a penalty shootout in Glasgow after a 0-0 draw.

Hungary and Scotland advanced to stay in contention for getting two home games in the group stage next June. Ireland and Romania were eliminated.

The playoffs involve teams who won their Nations League groups, or had a high placing, two years ago but did not advance to Euro 2020 directly from the traditional qualifying groups last year.

The games were originally scheduled in March before UEFA shut down its competitions and postponed Euro 2020 by one year because of the coronavirus pandemic.

Iceland recaptured the feelgood spirit of its run to the Euro 2016 quarterfinals in beating visiting Romania 2-1.

Gylfi Sigurdsson scored twice with low, left-foot shots in the first half, before Romania closed the gap with a penalty midway through the second.

Iceland goes to Hungary, which eased to a 3-1 in at Bulgaria, for the top-tier playoff final at the Puskas Stadium in Budapest.

The winner will join the toughest-looking Euro 2020 group, with defending champion Portugal plus the past two World Cup winners, France and Germany. It will be played in Munich and Budapest.

Penalty shootouts decided both games, with Northern Ireland winning one and Ireland losing the other.

Northern Ireland beat Bosnia-Herzegovina 4-3 in the shootout after a 1-1 draw in Sarajevo. Bosnia took the lead through Rade Krunic’s goal in the 14th and Niall McGinn leveled in the 53rd.

Slovakia and Ireland were goalless in Bratislava, before the home team won the shootout 4-2.

Northern Ireland will host Slovakia on Nov. 12. The winner enters the group based in Bilbao and Dublin with Spain, Poland and Sweden.

Serbia, which played at the 2018 World Cup, was an outlier in the Nations League third tier two years ago and proved too strong for a young Norwegian team.

Scotland was pressed back for much of a 0-0 draw against Israel, then struck a post from the last attack in extra time.

The Scots scored all five penalties in the shootout, and goalkeeper David Marshall made one save.

Serbia will host the final in Belgrade. The winner on Nov. 12 goes into the London-Glasgow group with England, Croatia and the Czech Republic.

Kosovo’s quest to reach the European Championship at the first attempt ended with a loss at North Macedonia.

World soccer’s newest national team, joining UEFA and FIFA in 2016, was beaten 2-1 in Skopje with all the goals coming in the first half.

Kosovo trailed to an own goal, leveled though defender Florent Hadergjonaj’s 25-meter chip into an unguarded goal, and was beaten by Darko Velkoski’s 33rd-minute header.

North Macedonia next travels to Georgia to see which country will make a Euros debut.

Georgia held off Belarus 1-0 after getting a seventh-minute penalty earned and scored by Tornike Okriashvili.

The winner on Nov. 12 will join a Euro 2020 group with the Netherlands, Ukraine and Austria. Games will be played in Amsterdam and Bucharest.