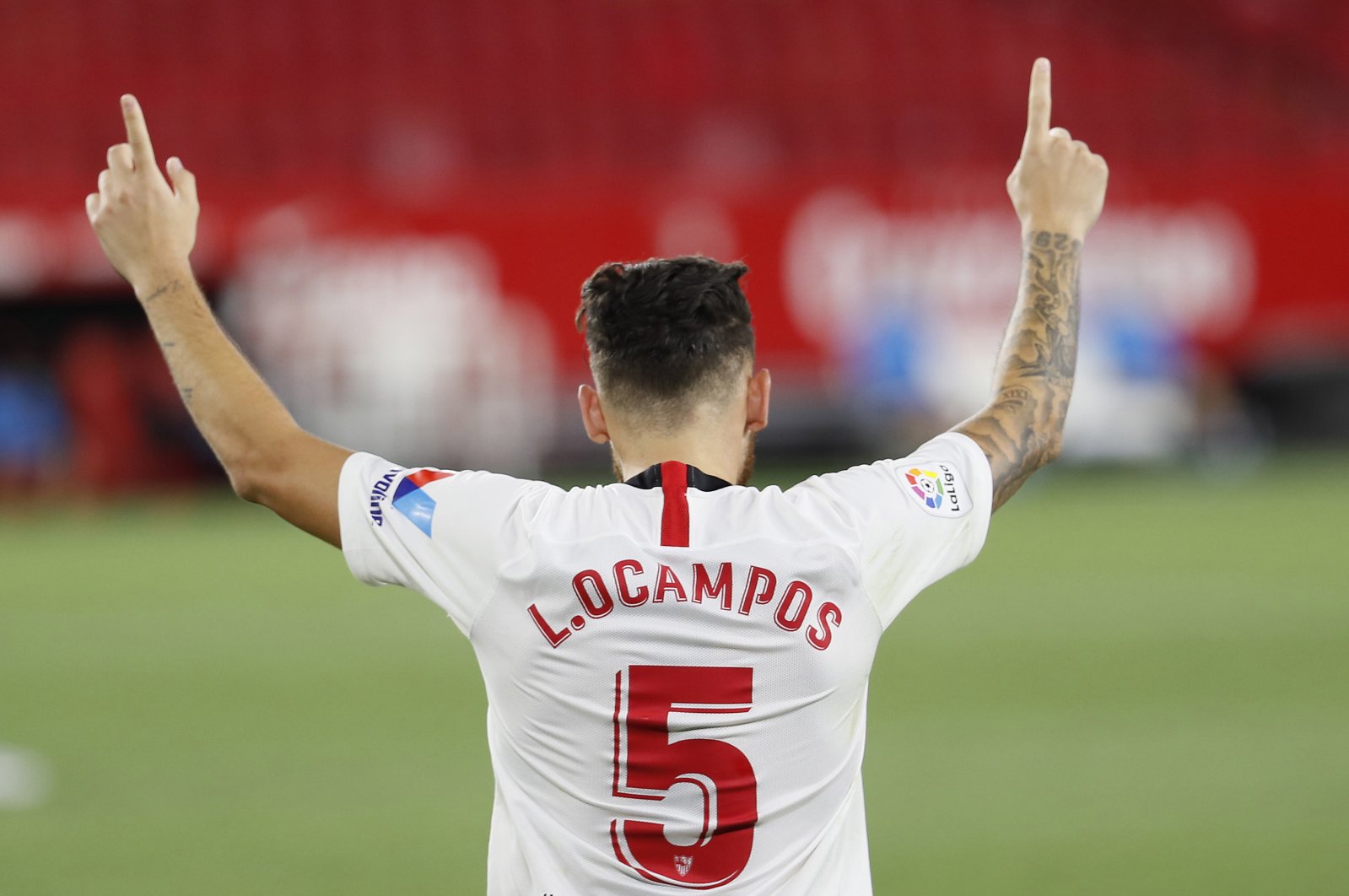 After the Bundesliga in Germany restarted on May 16, La Liga opened its doors again to players but not supporters at the Ramon Sanchez Pizjuan, where the usually vibrant Seville derby was played in front of empty stands.

The game was the first in Spain's top flight since March 10 but 93 days later another professional fixture has been completed without incident, offering further encouragement to the Premier League in England and Serie A in Italy. Both are set to return next week.

Lucas Ocampos gave Sevilla the lead from a 56th-minute penalty and Fernando Reges then added the second goal for the home side, who is third in the table.

This was the first leg of a 39-day sprint to the finish in La Liga, which will see teams playing every three days for five and a half weeks and undergoing stern examinations of their fitness.

Both coaches made use of their new allocation of five substitutes and there were a drinks breaks in each half but the contest lost its fluency late on, in part because Betis never looked like staging a comeback.

Victory strengthens Sevilla's hold on third place as it moves four points above Getafe and Real Sociedad below it. Betis sits 12th and faces the possibility of being dragged into a relegation battle.

This was as far from a typical Seville derby as could be imagined, a pale shadow of the division's most heated fixture and a clear demonstration of what has been sacrificed to keep the season going.

"I always believed we would play again," said La Liga president Javier Tebas, who had also indicated on Thursday that "10 or 15%" of fans could attend stadiums before the season finishes on July 19.

For now, though, stands remain empty, the voices of the players and coaches audible and the atmosphere strange. On television, fans at home had the option to add virtual supporters taken from the computer game FIFA, as well as chanting, which ebbed and flowed according to the action.

When the excellent Ocampos and Fernando scored, there was cheering, and when substitutes came and went, there was applause.

Earlier, the players had arrived wearing masks and gloves and their temperatures were taken before entering the stadium. Outside, around 200 supporters had come to greet the team buses but they dispersed shortly after, with 600 police and security personnel in attendance to prevent mass gatherings.

"No fans allowed but we're here and we can't wait," shouted a 60-year-old supporter in a Sevilla shirt.

There was a minute of silence held before kick-off in memory of the victims of the pandemic, with the players standing at a distance from each other around the center circle. In the 20th minute, there was applause to pay tribute to those working on the front line.

In the stands, the substitutes, still wearing masks, sat spread out in the rows behind their coaches and Sevilla's were among the few celebrating when the goals flew in shortly after halftime.

They were comfortable winners as Ocampos scored a penalty after Marc Bartra was adjudged to have pushed Luuk de Jong and, six minutes later, a delightful Ocampos flick at the near post allowed Fernando to head in a second.