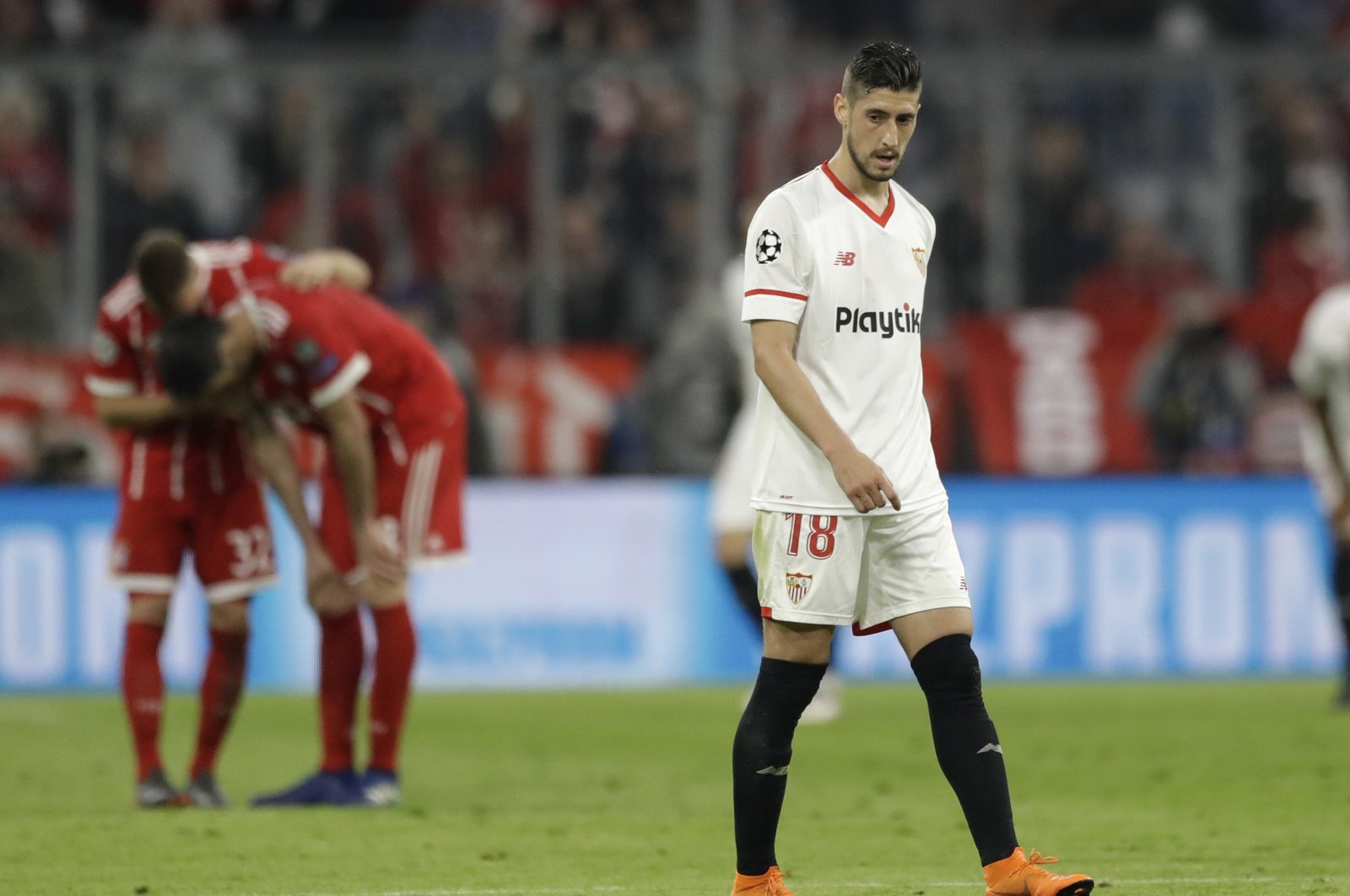 Europa League champion Sevilla is set to face Champions League winner Bayern Munich for a UEFA Super Cup clash, while officials question the decision to allow a limited number of fans in the stands

Bayern Munich could lift even more silverware when it faces Sevilla on Thursday for the UEFA Super Cup, but traveling German fans have been warned to think again before flying to Budapest and head coach Hansi Flick has questioned whether the match should go ahead amid the coronavirus pandemic.

Bayern has made no big changes in the squad since last season's treble triumph but had a big transfer with the signing of Leroy Sane from Manchester City.

Bayern opened the new Bundesliga season last Friday with an 8-0 hammering of Schalke with Sane scoring in his Munich debut and declaring the "whole team showed how hungry we are.”

"We wanted him to have a good start in the team," Thomas Muller said about his teammate. "But we also made it clear right away that he must show commitment from the start if he wants to be part of this group."

The Bavarians also parted ways with Thiago Alcantara, who agreed on a move to Liverpool.

Meanwhile, Bayern's star striker Robert Lewandowski, who netted a penalty and set up two more goals on Friday, trained for just 12 minutes on Tuesday to allow him to get over an ankle knock.

Bayern’s appetite for more silverware can be sated with two trophies up for grabs in the coming week as it will also face Dortmund for the German Super Cup on Sept. 30.

Sevilla travels to Budapest with lacking match fitness, having been given the first two weekends of La Liga off after winning the Europa League.

Sporting director Monchi has admitted this could be the last game for French center back Jules Kounde, who has his future up in the air amid interest from Manchester City.

"It's true in the last few days there has been interest in Jules," Monchi said. "The club in question submitted an offer that has been evaluated and rejected. If they come back with another offer, we will listen to them and respond."

Already gone is left back Sergio Reguilon, one of the stars of the Europa League campaign. Sevilla could not afford to sign him from Real Madrid, who has since transferred to Tottenham.

Ibrahim Amadou, Roque Mesa, Aleix Vidal and Joris Gnagnon, who are all expected to leave the club, did not train in Julen Lopetegui's final session on Tuesday.

Sevilla has resigned Ivan Rakitic, who is likely to start against Bayern, having been part of Barcelona's 8-2 humiliation at the hands of the Germans in August, albeit watching from the bench.

Sevilla has won the Europa League five times in the last 14 years but has only once gone on to win the Super Cup, which was the first attempt in 2006.

This is the first time since 2013 – when it beat Borussia Dortmund in that season's Champions League final – that Bayern will contest the Super Cup.

While the match is expected to be a football feast for the fans, the COVID-19 pandemic has cast a shadow over Thursday's showdown as Budapest has been declared a risk zone by the German government due to high infection rates.

Flick admitted he "does not quite understand" why UEFA insists on the match still taking place there, "but we are not the ones who make the decision.”

"Everyone should think again about whether it is sensible to travel," added Soder.

Supporters must either be tested for COVID-19 before and after the trip to Budapest or quarantine for two weeks.

"This is how we want to prevent there being a possible risk of infection," explained Soder.

Only 500 Sevilla and 1,300 Bayern fans are expected to watch the match at Budapest's Puskas Arena.

Both clubs have set up test centers in their respective cities in a bid to reduce the risk of Thursday's match becoming a “super spreader” event.

On Monday, Soder had already expressed doubt whether the game in Budapest should go ahead.

"We must be very, very careful that we don't risk a new form of football-Ischgl," said the politician, referring to the now notorious Austrian ski resort where thousands of holidaymakers were infected with the virus at the beginning of the epidemic in Europe.

Bayern's senior bosses, including Chairman Karl-Heinz Rummenigge, were heavily criticized for ignoring social distancing and sitting as a close group to watch Friday's demolition of Schalke in Munich.

Rummenigge has promised to do better in Budapest, pledging, "We all agree that the picture (of the group) was not exemplary – we must and will change this for the next game.”