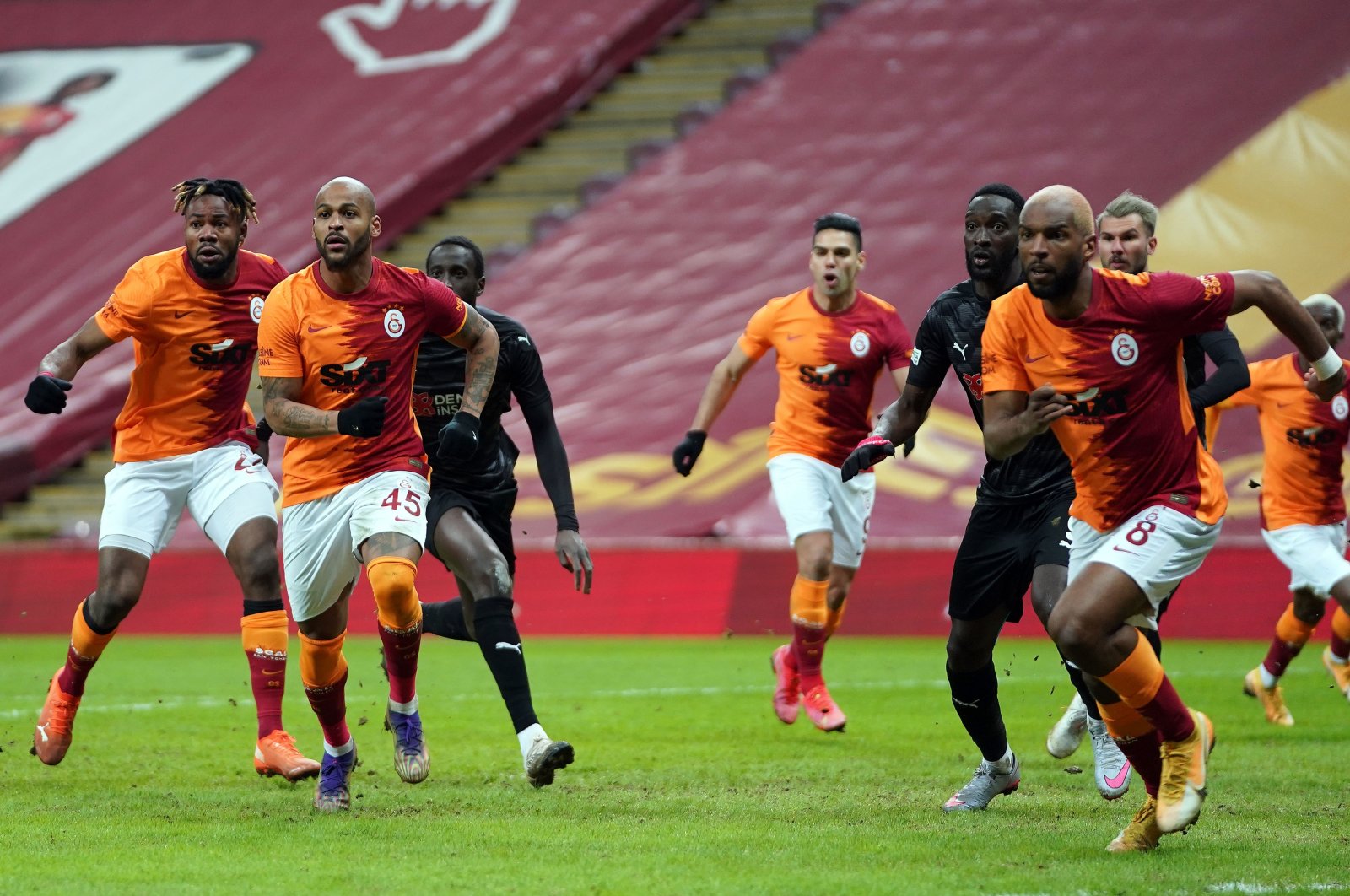 Galatasaray was held to a shocking 2-2 draw against Demir Grup Sivasspor at home in the Süper Lig clash on Sunday.

Max Gradel scored the early opener in the ninth minute for the away side, but Radamel Falcao responded quickly five minutes later.

In the second half, Falcao converted the penalty in the 68th minute to equalize again for the Lions.

Sivasspor’s Grandel was sent off after he was shown a second yellow card in the 90th minute.

Despite the constant efforts of Galatasaray, Sivasspor managed to defend and salvaged a point.

Having collected 58 points in 28 matches, Galatasaray dropped critical two points in the title race as they are now two points behind the leaders Besiktas.

Sivasspor is in 11th place with 34 points.