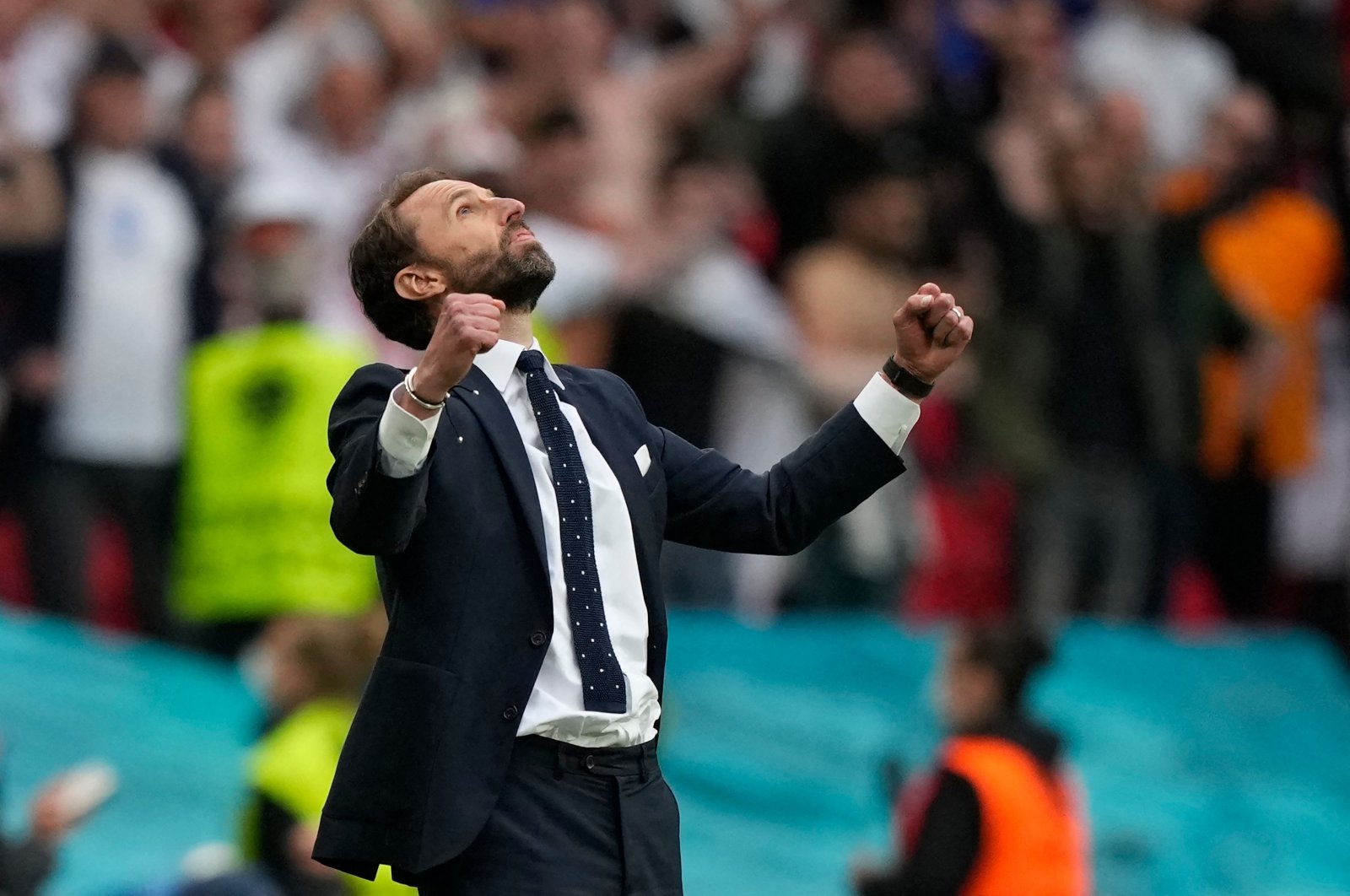 England manager Gareth Southgate called on the Three Lions to seize the chance to win the Euro 2020 after their historic 2-0 win over Germany Tuesday set up a quarterfinal tie against Ukraine.

With old nemesis Germany finally vanquished, Southgate's side has a golden opportunity to lift England's first major international trophy since the 1966 World Cup.

England's cathartic last-16 win over the Germans at raucous Wembley was a landmark moment after decades of misery at the hands of Die Mannschaft.

Knocked out of the 1970, 1990 and 2010 World Cups by Germany, who also beat it in the Euro 96 semifinals, England held its nerve in a tense clash as second-half goals from Raheem Sterling and Harry Kane sent Wembley into ecstasy.

But while England fans bellowed "Football's coming home" in celebration of the long-awaited victory, Southgate knows the memorable evening will count for little if they don't win the tournament.

"It didn't really need me to say it but when we got in the dressing room, we were talking about Saturday already," Southgate said.

"It was an immense performance but at a cost, emotionally and physically, and we've got to make sure that we recover well and that mentally we're in the right space.

"It's a dangerous moment for us. We'll have that warmth of success and the feeling around the country that we've only got to turn up to win the thing.

"We know it's going to be an immense challenge from here on. I think the players know that."

The draw is opening up nicely for England, who will be favored to beat Ukraine in Rome on Saturday.

Ukraine, who defeated Sweden 2-1 after extra time on Tuesday, has won only one of its seven meetings with England.

If England reaches the semifinals, it would face Denmark or the Czech Republic in front of another partisan crowd at Wembley.

"I've been here with a full house and not heard it anywhere near the levels the crowd managed today. The energy was incredible in the stadium," Southgate said.

With the final also at Wembley, it is the chance of a lifetime for England, but the same was said in 2018 when they beat Sweden in the World Cup quarterfinals, only to lose to Croatia in the last four.

Southgate believes that the painful experience in Russia three years ago has been a valuable lesson for England.

"They've been to the latter stages before, they know how difficult that's been, so their feet are on the ground," he said.

"They should feel confident from the way they've played and the manner of the performance.

"But of course we came to the tournament with an intention and we've not achieved that yet."

If England is to finally end its 55-year wait for silverware, it will be a superbly organized defense that provides the foundation.

England is only the second side in European Championship history not to concede in any of its first four games of the tournament.

The only previous time England did so at any major tournament was en route to winning the 1966 World Cup.

Southgate switched from a back four to a three-man defense to negate Germany's strengths and the gamble paid off, with Harry Maguire giving a towering display to stop Germany building on its lively start.

England has developed a welcome habit of slaying old demons under Southgate.

it won a rare penalty shoot-out against Colombia at the 2018 World Cup and now it has shrugged off its German curse.

But Southgate is keen to ensure his players don't rest on their laurels just yet.

"We know there have been questions about us against big teams," Southgate said.

"We will always have passion and heart, but we played with brains today. That was a real step forward for us.

"I know what we have set out to achieve. These players keep writing history and they have got the chance again.

"We have only been to one European Championship semifinal. They can do something really special."