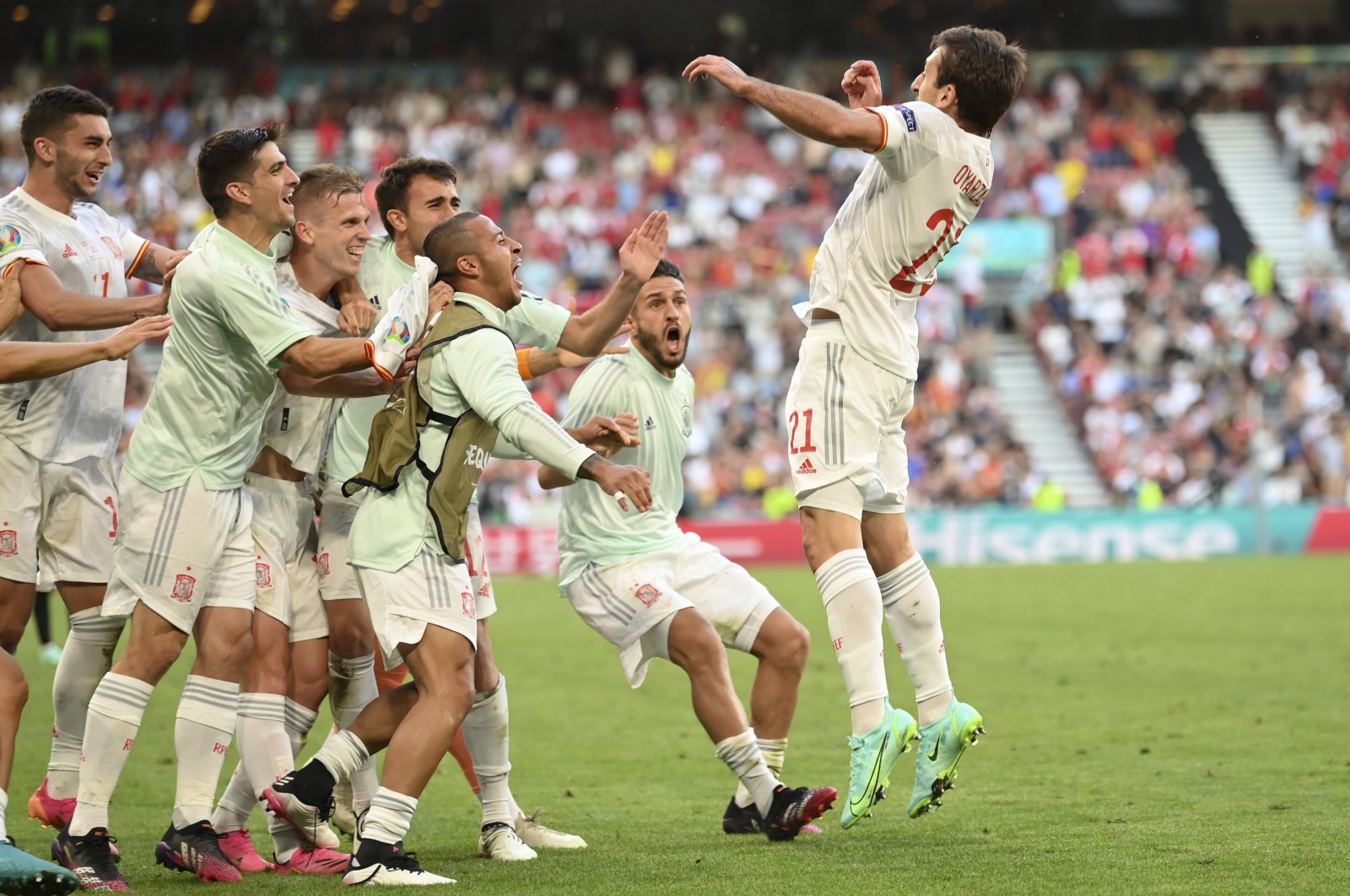 Spain's Mikel Oyarzabal (R) celebrates after scoring his side's fifth goal during the Euro 2020 soccer championship round of 16 match between Croatia and Spain at the Parken Stadium in Copenhagen, Denmark, June 28, 2021. (Pool Photo via AP)
by ASSOCIATED PRESS Jun 28, 2021 9:31 pm
RECOMMENDED

Spain first gifted Croatia a bizarre own-goal, then threw away a late 3-1 lead. Alvaro Morata made sure it didn't matter in the end.

Morata and Mikel Oyarzabal scored in extra time Monday to give Spain a 5-3 win over Croatia and a place in the European Championship quarterfinals after a wildly entertaining see-saw match at Parken Stadium.

After Croatia midfielder Mario Pasalic equalized in injury time to cap an improbable late comeback, the much-maligned Morata scored the winner in the 100th minute.

The Spain striker controlled a cross with one deft touch and then sent a rising shot past goalkeeper Dominik Livakovic for his second goal of the tournament.

Morata had received a torrent of online abuse – including death threats – after a string of misses during the group stage. But his fierce finish from a tight angle proved decisive Monday.

Spain had led 3-1 in the 85th minute but Mislav Orsic pulled one back after a goalmouth scramble and Pasalic equalized with a header in injury time.

Spain goalkeeper Unai Simon was at fault for his team's early deficit after a massive blunder when he failed to control a long back pass. The ball bounced over Simon’s foot and trickled into the net behind him.

But Spain quickly recovered and Pablo Sarabia equalized in the 38th. Right-back Cesar Azpilicueta then made it 2-1 with a header in the 57th and Ferran Torres doubled the lead when he finished off a quick counterattack with a low shot past Livakovic in the 77th.

Croatia's late surge allowed both Simon and Morata to redeem themselves.

The goalkeeper made a crucial save to deny Andrej Kramaric at the start of extra time, then got up and punched the air in celebration before Morata put in the winning goal.