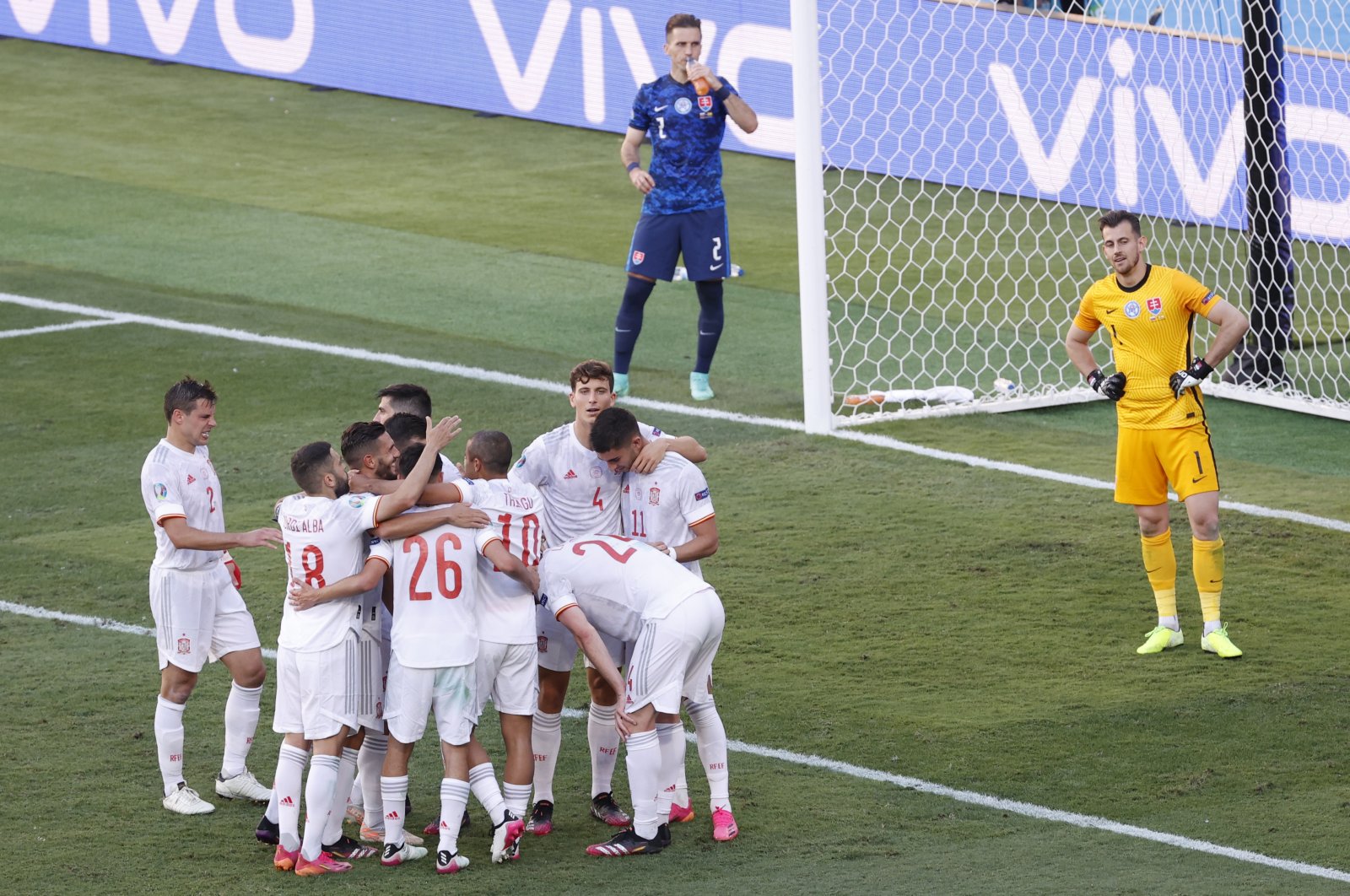 An unfortunate own-goal by the goalkeeper helped Spain open the score against Slovakia at the European Championship.

And it also helped them advance to the round of 16.

An embarrassing own-goal by goalkeeper Martin Dúbravka in the first half put Spain on its way to a 5-0 victory Wednesday, coming only minutes after the hosts had missed another penalty kick and wasted more scoring chances.

Dúbravka saved that early penalty from Álvaro Morata but then clumsily knocked the ball into his own net after it ricocheted high into the air off a shot by Pablo Sarabia in the 30th minute.

Dúbravka stood just off his line and waited for the ball to descend. He jumped to swat it over for a corner, but the ball veered to his left and rolled off his right hand and into the net.

Desolate, he stood by the goal line as some of his teammates came over to support him.

Aymeric Laporte added to Spain’s lead before halftime, and Sarabia, Ferran Torres and another own-goal in the second half made it five for “La Roja,” which had been facing elimination in front of its own fans.

The victory allowed Spain to advance in second place in Group E with five points, two fewer than Sweden, which defeated Poland 3-2 in the other match. The result eliminated Slovakia, which needed at least a draw to guarantee its place in the next round.

Slovakia, which reached the last 16 at Euro 2016 in France, won its first match this year with the help of an own-goal by Poland goalkeeper Wojciech Szczesny.

After the own-goal by Dúbravka, Laporte added to Spain’s lead with a header in first-half injury time after a nice buildup that started with a neat lob pass from youngster Pedri González to Moreno.

Sarabia got his goal from inside the area after a cross by Jordi Alba in the 56th, and Torres increased the lead with a nice back-heel flick from close range in the 67th.

Slovakia finished with no attempts on target.

Luis Enrique made four changes from the team that was held to a 1-1 draw by Poland, bringing in veterans Sergio Busquets, César Azpilicueta and Sarabia, in addition to Eric García on defense.

Busquets, voted the man of the match, rejoined the squad after being in isolation following a positive test result of the coronavirus ahead of the tournament.