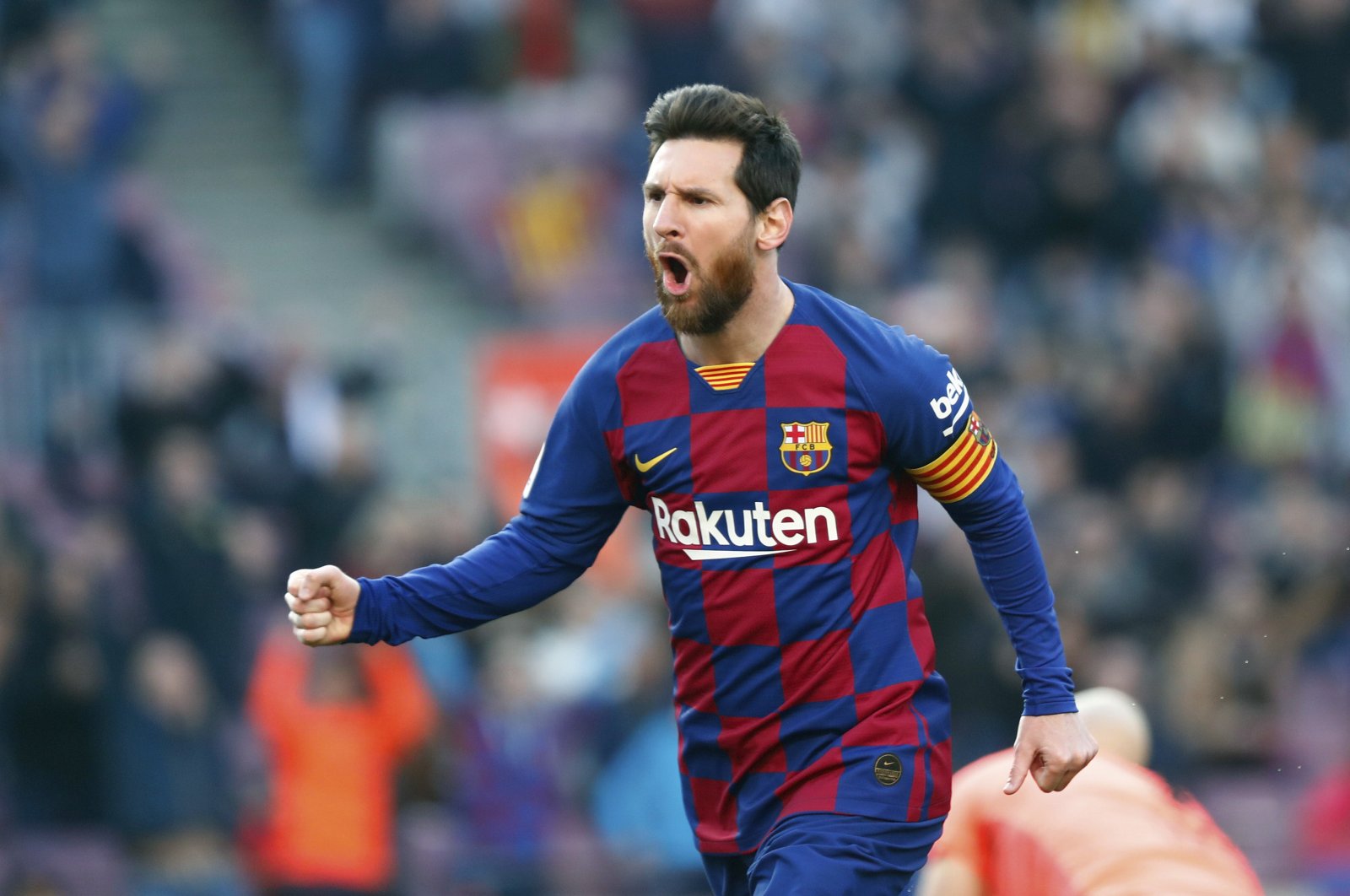 In this Saturday, Feb. 22, 2020 file photo, Barcelona's Lionel Messi celebrates after scoring his side's opening goal during a Spanish La Liga soccer match between Barcelona and Eibar at the Camp Nou stadium in Barcelona, Spain. Spanish Prime Minister Pedro Sánchez announced Saturday, May 23, 2020 that the soccer league in Spain will be allowed to resume from June 8. (AP Photo/Joan Monfort, File)
by AP May 23, 2020 5:54 pm
RECOMMENDED

Lionel Messi's Barcelona and the rest of the Spanish league can resume play in June after three months of waiting for the coronavirus pandemic to subside.

While the top tier can play from this date, which is a Monday, it has already said it wants to restart on June 12, a Friday. It is unclear when the first games will be held.

"Of course, play will resume under conditions that guarantee the maximum health security for all the competitors,” Sanchez said. There has been no play in the top tier since March 12 due to the coronavirus crisis. "We are very pleased with the decision. It is the result of the great work of clubs, players, coaches, CSD (Spain's sports authority), agents, etc,” Spanish league president Javier Tebas wrote on Twitter.

"But we cannot lower our guard. It is important to follow health regulations and ensure the pandemic doesn’t come back.” Barcelona tops the table at two points above Real Madrid after 27 of 38 rounds. Messi recently said he thinks the hiatus could "end up benefiting us.”

Teams have recently returned to training at club facilities, but with players practicing individually. Players are also undergoing regular tests for the coronavirus, a decision that has brought criticism given the scarcity of tests for average citizens.

Earlier this month, the league said five players had tested positive for the virus and were confined until they recover. They were all without symptoms and recovering from the disease, according to the league. They were to be allowed to resume practicing after testing negative in two consecutive tests.

The interruption to the season forced several clubs, including Barcelona, to reduce player salaries because of a drop in revenues.

The German league resumed last week with teams playing in stadiums without fans. Spanish authorities have yet to announce what health measures will be in place when play restarts. But before the Spanish league was stopped there were plans to hold games without fans as the virus began its spread into Europe.

The league has said the total losses for not finishing the season because of the pandemic could reach nearly 1 billion euros ($1.1 billion). The losses if the league resumes with matches in empty stadiums would be about 300 million euros. Spain has confirmed more than 28,000 deaths from COVID-19. The health situation, however, has improved in recent weeks as a strict government lockdown that has closed stores and kept people indoors greatly reduced the spread of the virus.