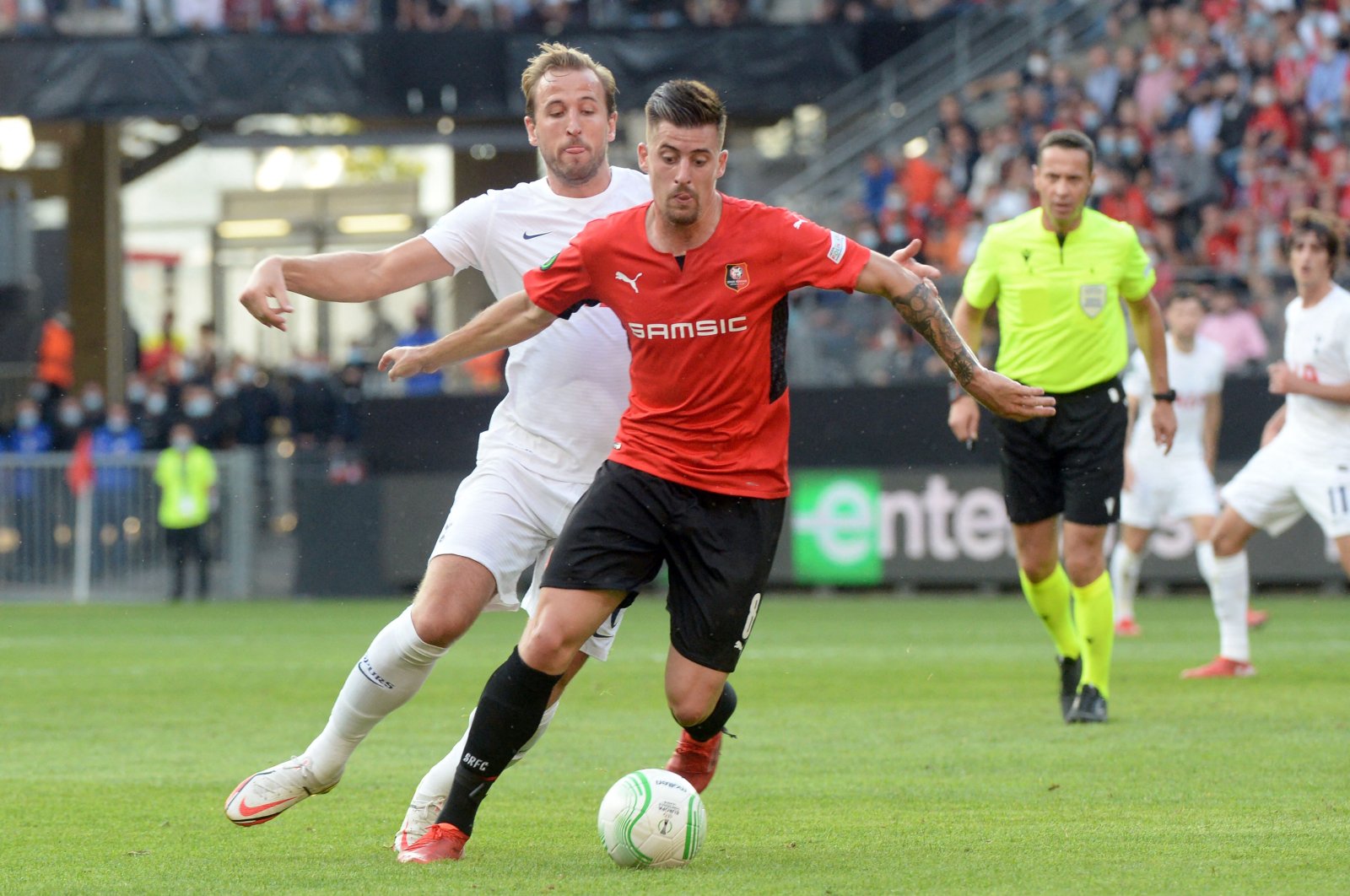 English giant Tottenham Hotspur learned its lesson for fielding a second-string side after it was held to a 2-2 draw by French Ligue 1 side Rennes in the new Europa Conference League Thursday.

Loic Bade's own goal had given the Spurs the lead in Brittany, but Flavien Tait equalized and Gaetan Laborde put Rennes ahead in the 72nd minute.

That lead was swiftly canceled out by Hojbjerg and in the circumstances, it is a good result for Nuno Espirito Santo's Tottenham after their 3-0 drubbing at Crystal Palace last weekend.

"It was not perfect, but we showed a lot of character and belief to change the result after we conceded," Nuno said of his second-string lineup.

"They are a hard team to play and it is not easy to analyze the game – we had a lot of players out of position."

The result pleased the Rennes support who, frustrated at recent performances, had unfurled a giant banner before kickoff with the message in English: "Are you ready to fight?"

While finishing in the Premier League top four and returning to the Champions League has to take priority for Spurs, they would be wise not to neglect a competition that offers a realistic route to silverware for a club that has won nothing since the League Cup in 2008.

Their next game in Group G is against Slovenian champion Mura, who lost 2-0 to Dutch side Vitesse Arnhem on Thursday.

However, this was hardly a smooth trip to France for Tottenham before it faces Chelsea over the weekend.

It was forced to spend Wednesday night 100 kilometers (62 miles) away in the town of Saint-Brieuc because an agricultural show in Rennes this week meant a shortage of hotel rooms.

Nuno then lost both his starting wingers, Steven Bergwijn and Lucas Moura, to injury during the game.

The coach had made seven changes from the Crystal Palace debacle, with Son Heung-min among the players left behind in England while Hugo Lloris was one of those left on the bench.

Harry Kane, whose only goals so far this season came against Pacos de Ferreira of Portugal in the playoff round, did play and wore the captain's armband.

The visitor took the lead inside 11 minutes when Kane released Lucas down the right flank and the Brazilian's ball across goal was turned into his own net by Bade.

Rennes, who spent 80 million euros ($94 million) on new signings in the summer, drew level midway through the first half when Tait played a one-two with Serhou Guirassy and curled a low shot beyond Pierluigi Gollini in goal.

Kane had a quiet evening although he did force a save from Rennes keeper Romain Salin late in the first half before being taken off in the 54th minute.

The 21,500 Rennes fans then saw their team go in front when Laborde tapped in after Gollini turned out Kamaldeen Sulemana's shot.

However, Spurs were level four minutes later when Tait could only help Matt Doherty's cross from the right on to Hojbjerg, and the Danish midfielder pounced to score.

The Conference League is the new third-tier of European club competition and features just one team from each of the continent's biggest leagues.

Roma is Italy's representative and Jose Mourinho's side came from behind to thump CSKA Sofia 5-1.

Union Berlin, the only German team, lost 3-1 at Slavia Prague, while there is no Spanish team at all because would-be representative Villarreal won the Europa League to qualify for the Champions League.

Meanwhile, Lincoln Red Imps made history by becoming the first team from Gibraltar to play in the group stage of European competition as it lost 2-0 at home to PAOK of Greece.