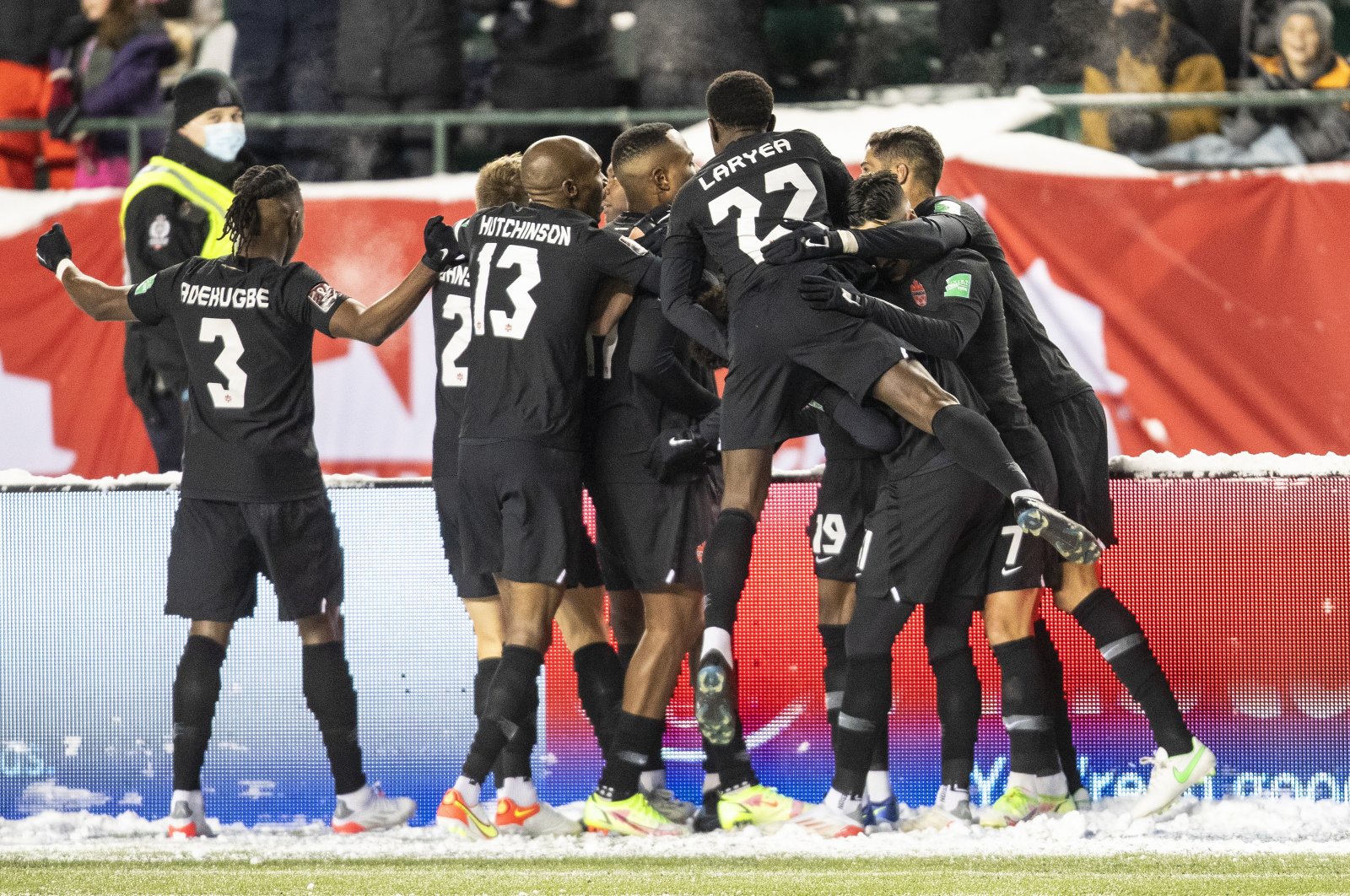 Canada took a big step toward qualifying for their first World Cup since 1986 after Cyle Larin's brace led them to a 2-1 win over rivals Mexico in frosty conditions in Edmonton on Tuesday.

Larin struck either side of halftime, the victory seeing Canada leapfrog the United States and Mexico into top spot in CONCACAF 2022 World Cup qualifying with 16 points from eight games.

The result condemned Mexico to back-to-back qualifying defeats, after Friday's 2-0 loss to the U.S., leaving El Tri third on 14 points.

The U.S. is second on 15 points following their 1-1 draw in Jamaica earlier on Tuesday.

Canada went ahead on the stroke of halftime when Mexico goalkeeper Guillermo Ochoa failed to hold Alistair Johnston's long-range effort, with Besiktas forward Larin swooping on the rebound.

Mexico pulled a goal back in the 90th minute via Hector Herrera's header, ensuring a frantic finish before Jorge Sanchez squandered a golden opportunity from point-blank range as Canada goalkeeper Milan Borjan saved his chested effort.