Struggling Madrid visits Alaves without Zidane due to virus 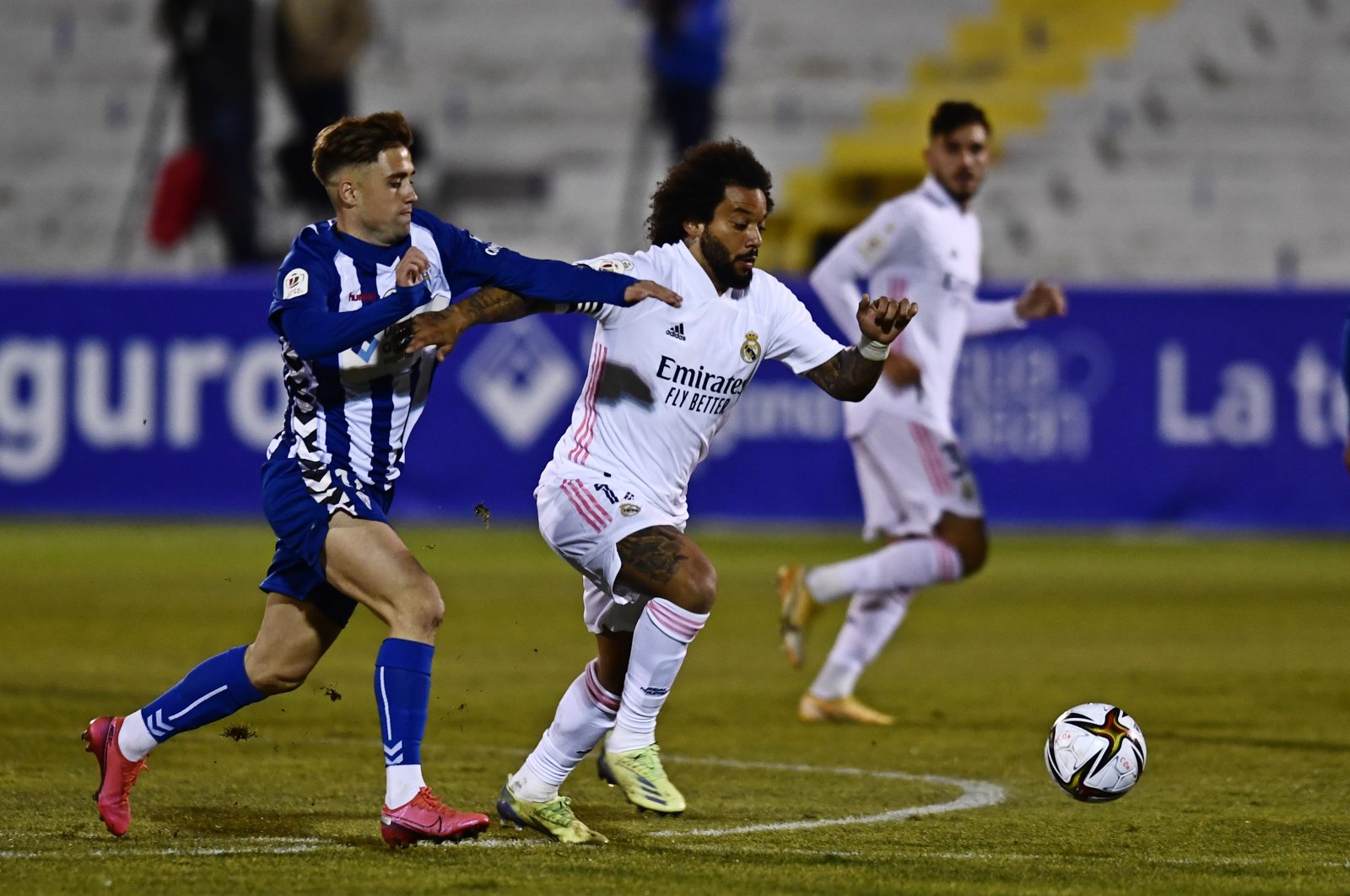 Real Madrid will have to find the solution to its recent struggles without Zinedine Zidane on the touchline when it visits Alaves after the coach tested positive the coronavirus.

The match at Alaves on Saturday comes after Madrid was dumped from the Copa del Rey by a third-tier side that struck an added-time winner playing with just 10 men.

Zidane will have to be in contact with his staff from home, where according to health protocols he must self-isolate. The club announced on Friday that Zidane had tested positive.

Assistant coach David Bettoni, who will be in the dugout at Alaves, said his boss was “feeling fine.”

“He’s in good spirits, a bit sad not to be with us,” Bettoni said. “I do my job as an assistant coach, and I’m here to help Zidane. He makes the decisions. He won’t be with us physically, but he’ll be there to support us during the game and bring his energy to the players and everyone else."

Madrid will be without injured defenders Sergio Ramos, Dani Carvajal and midfielder Federico Valverde for the match that comes after its worst loss of an up-and-down season in which it has beaten title rivals Barcelona and league leader Atletico Madrid while underperforming against much less talented teams.

On Wednesday, Madrid became the latest topflight team to fall victim to a lower-division opponent in the Copa del Rey when Zidane’s bunch slumped to a 2-1 loss in added time at the undermanned Alcoyano.

The humbling loss came after Zidane had urged his team to take the match seriously. Its poor play had already cost it a shot at defending its Spanish Super Cup title and points in the Spanish league.

Madrid was held 1-1 at Elche and 0-0 at Osasuna in its last two road matches in the league. The slip at Osasuna preceded a 2-1 loss to Athletic Bilbao in the semifinals of the Spanish Super Cup.

“Each loss generates a lot of criticism,” Bettoni acknowledged. “We have the experience to know how to respond. Tomorrow, we have the chance to show we are united.”

Madrid’s last loss in the league came against Alaves, which upset the defending champions in late November. Lucas Perez and Joselu Mato scored for Alaves in a 2-1 victory.

But that win at Madrid has been the highlight of an otherwise dismal season for Alaves, which is on the brink of the relegation zone. Last week, the Basque Country club hired Abelardo Fernandez for a second stint in charge to replace coach Pablo Machin, only for the listless team to slump to a 5-0 loss at second-division Almeria in the Copa del Rey.

Atletico hosts Valencia on Sunday aiming to increase its league lead after Luis Suarez completed a brace with an 89th-minute penalty to clinch a 2-1 victory at Eibar on Thursday.

A six-game winning streak has Diego Simeone’s team in charge of the title race just past the league’s midway mark. It has built a seven-point gap over Real Madrid and has an extra game still to play.

Also on Sunday, third-place Barcelona visits Elche without Lionel Messi, who will complete a two-game suspension after he earned a red card for hitting an opponent in a 3-2 loss to Bilbao in the Spanish Super Cup final.