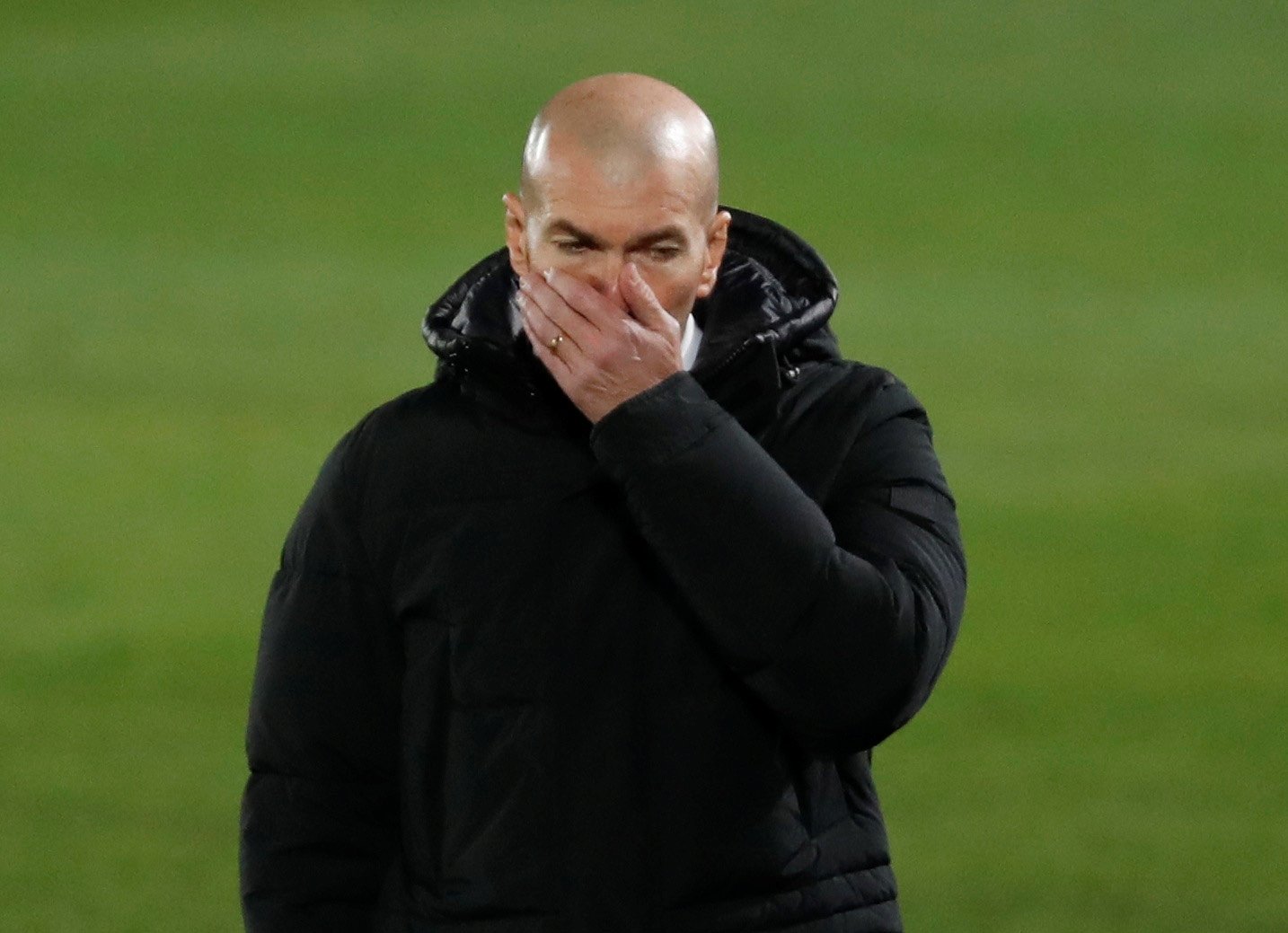 The positive test comes a day before Madrid travels to Alaves in La Liga, seeking to bounce back from an embarrassing midweek Copa del Rey exit.

"Real Madrid C.F. report that our coach Zinedine Zidane has tested positive for COVID-19," the club said in a statement.

Zidane has already had to self-isolate this month after coming into contact with a person infected with the virus.

He tested negative at the time and was able to oversee the team.

After successive defeats in the Spanish Super Cup and Copa del Rey, the second a shock loss to third-tier Alcoyano, Zidane is again under pressure, and Real Madrid will try to reignite its La Liga title challenge away to Alaves.

Zidane's side is playing catch-up to Atletico Madrid, despite having played a game more, after draws against struggling Elche and Osasuna, two of the league's bottom three, in recent weeks.

Alaves beat Madrid 2-1 in the capital in late November but has won just once in eight matches since, its slide into a relegation scrap costing coach Pablo Machin his job last week with former Spain international Abelardo Fernandez returning to take charge.