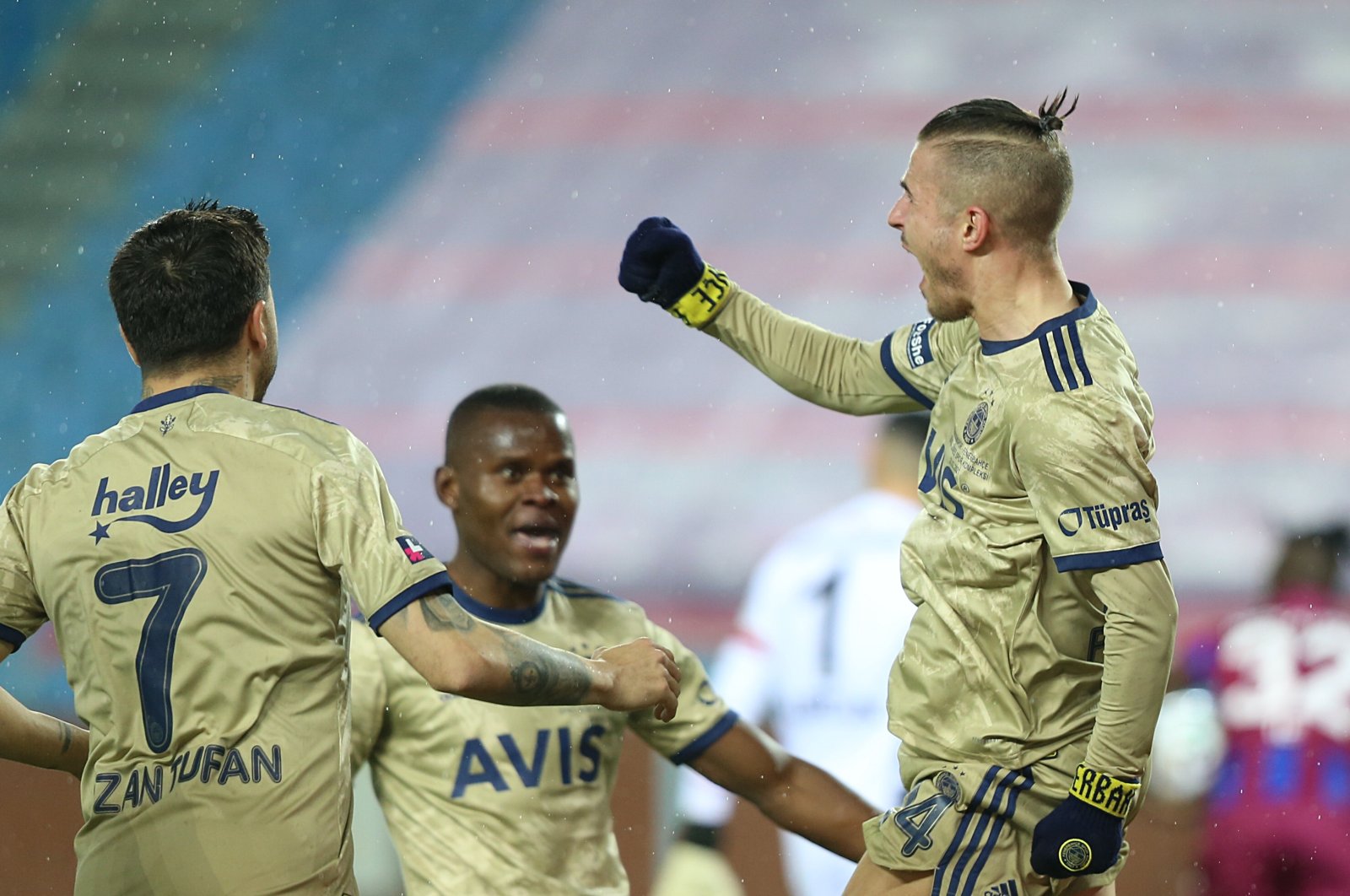 Fenerbahçe left the field with a 1-0 victory against the in-form Trabzonspor on Sunday, with only a goal from Dimitris Pelkas separating the two rivals.

The Istanbul-side continued to keep their title hopes alive, as they are now in third place, only three points behind the first-placed arch-rivals Galatasaray, and tied with Beşiktaş at 54 points, although the other Istanbul side has a game in hand. Meanwhile, Trabzonspor trails six points behind their rivals in fourth place.

Fenerbahçe faced a difficult test in the Black Sea region’s Trabzon, as the home side came into the match having won its previous seven matches in the Turkish Süper Lig. However, the Yellow Canaries bounced back from last week’s Göztepe defeat at home with a win in Trabzon.

The Istanbul side tried their rival's goal quite hard throughout the match but the Trabzon goalie Uğurcan Çakır provided great saves one after the other.

A goal didn’t come from either teams until the 76th minute when Ferdi Kadıoğlu intercepted the boal in opposition half and passed it intelligently to Pelkas who after receiving it in the middle of the pitch turned toward the Trabzonspor goal and progressed the ball up the pitch, leaving three Trabzonspor players behind in the process.

The Greek national then produced a stunning and powerful strike from long range, outside the penalty box, and the ball whizzed past under goalkeeper Çakır’s left side, who managed to touch the ball but failed to keep it out this time.

Trabzonspor came close to an equalizer in the 83rd minute as Anastasios Bakasetas sent a cross into the penalty box from a corner and Djaniny headed the ball, but both were unlucky as the ball hit the ground and then the left post before going out for a goal-kick.

Trabzonspor couldn’t offer a response and Fenerbahçe clinched the win with Pelkas’ goal, which was the No. 14’s fifth goal of the season coming eight weeks after his last, as he returned from injury last week against Göztepe.

The Yellow Canaries were jubilant at the end of the match, with the players and staff all interlocking at the side of the pitch.