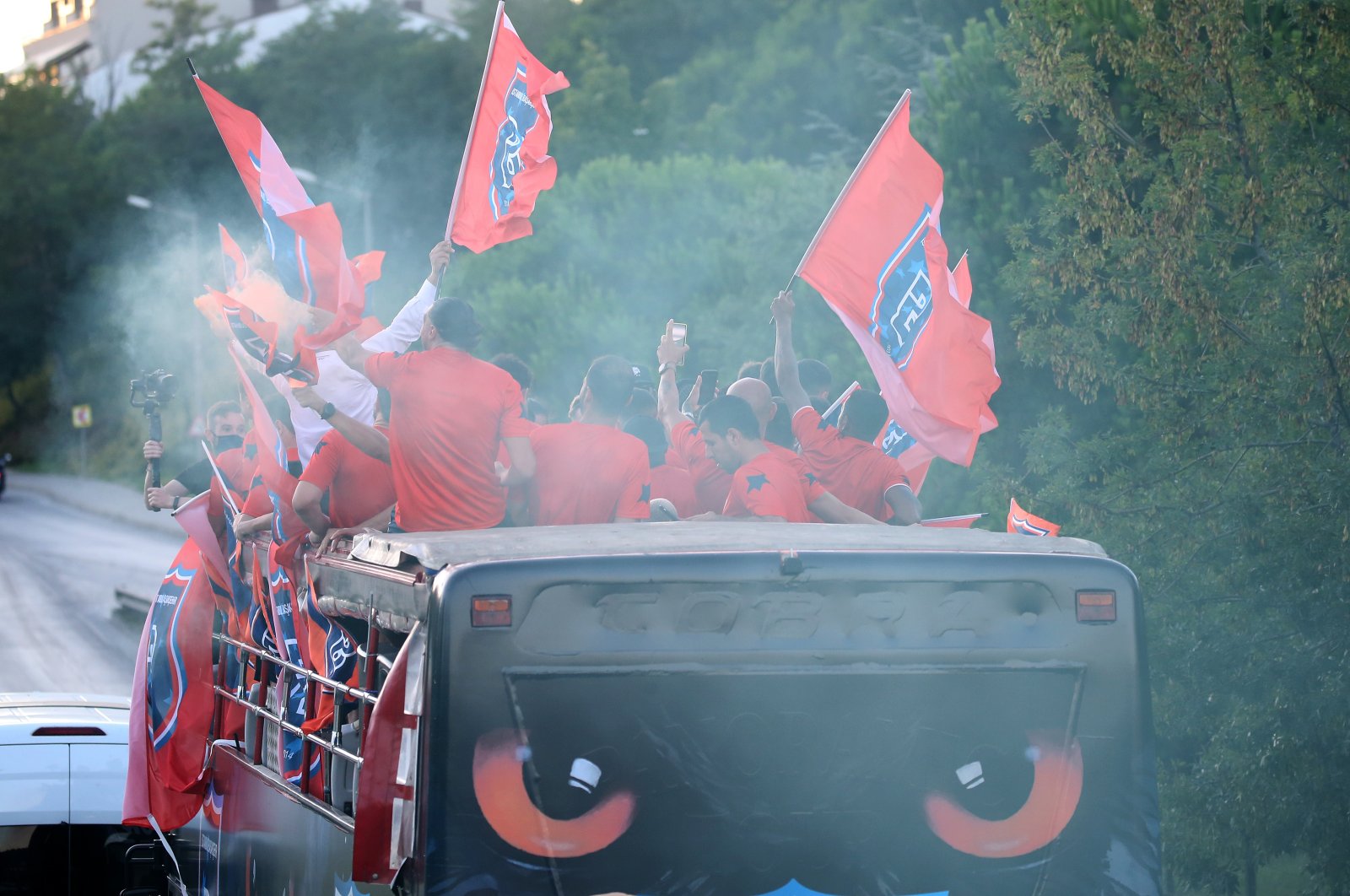 For all this time I considered the Süper Lig like a Monty Python sketch, but I was wrong. It is the most sublime and transcendent form of comedy. In Kantian philosophy, it can be considered a “comedy in itself," not only “comedy for me." That is why, despite all of my critical pieces about the Süper Lig, it has never ceased to amuse me. In my search for order in Turkish football, I have started to appreciate more and more the enjoyment I get from the chaotic, absurd structure of it. That is why I am grateful to all Turkish Football Federation (TFF) executives, who decided that there will be no relegation in the Süper Lig next season.

This means there will be 21 teams in the Süper Lig, as opposed to the normal 18. There will be 42 weeks of football, and teams will take turns passing one week without playing a game. Given the Premier League, which is considered the most competitive football league, has only 38 weeks and a different structure to smooth the process, I must say the Süper Lig is playing big and bold with this move.

Just from a scheduling perspective, the possible chaos is simply thrilling. EURO 2020 is set to start on June 11th, 2021, and normally the Süper Lig ends mid-May after 34 weeks. Added to that, there will be qualifications for the 2022 World Cup during the season, let alone the normal UEFA competitions and national cup games. This means that almost every week players are going to play twice, or maybe thrice, which made even Liverpool manager Jürgen Klopp protest the Football Association (FA) Cup last season. So, I am sure the TFF will come up with a great plan to solve this packed scheduling issue.

On the other hand, with this move the most valuable asset of the Süper Lig, competition, is gone for good. With this move, there will be more teams without any concrete goals, so the number of good games will decrease. Even though the Süper Lig does not have 10 spots for UEFA competitions like Premier League, the degrading financial performance of the big teams and the tactical improvements of the small teams have made the league more competitive in the last five years. However, the TFF must have thought that this would be too much for the other leagues and tried to make it less competitive so that other leagues can compete with the Süper Lig. True champions of solidarity and chivalry.

Finally, since the TFF announced in May that abolishing relegation is out of the question and yet implemented it last Wednesday, the future investors of the Süper Lig should be very excited for all the chaos in store for them. With all the uncertainty and unpredictability of the administrative issues, who needs uncertainty and unpredictability on the pitch? Thus, I must say that the TFF was simply spot-on in terms of its marketing policies and branding of the Süper Lig. The only thing left is a nice slogan, which I came up with: “Süper Lig: Nothing makes sense, but you will never be bored.”