Tearful Sergio Aguero hangs up boots due to heart condition 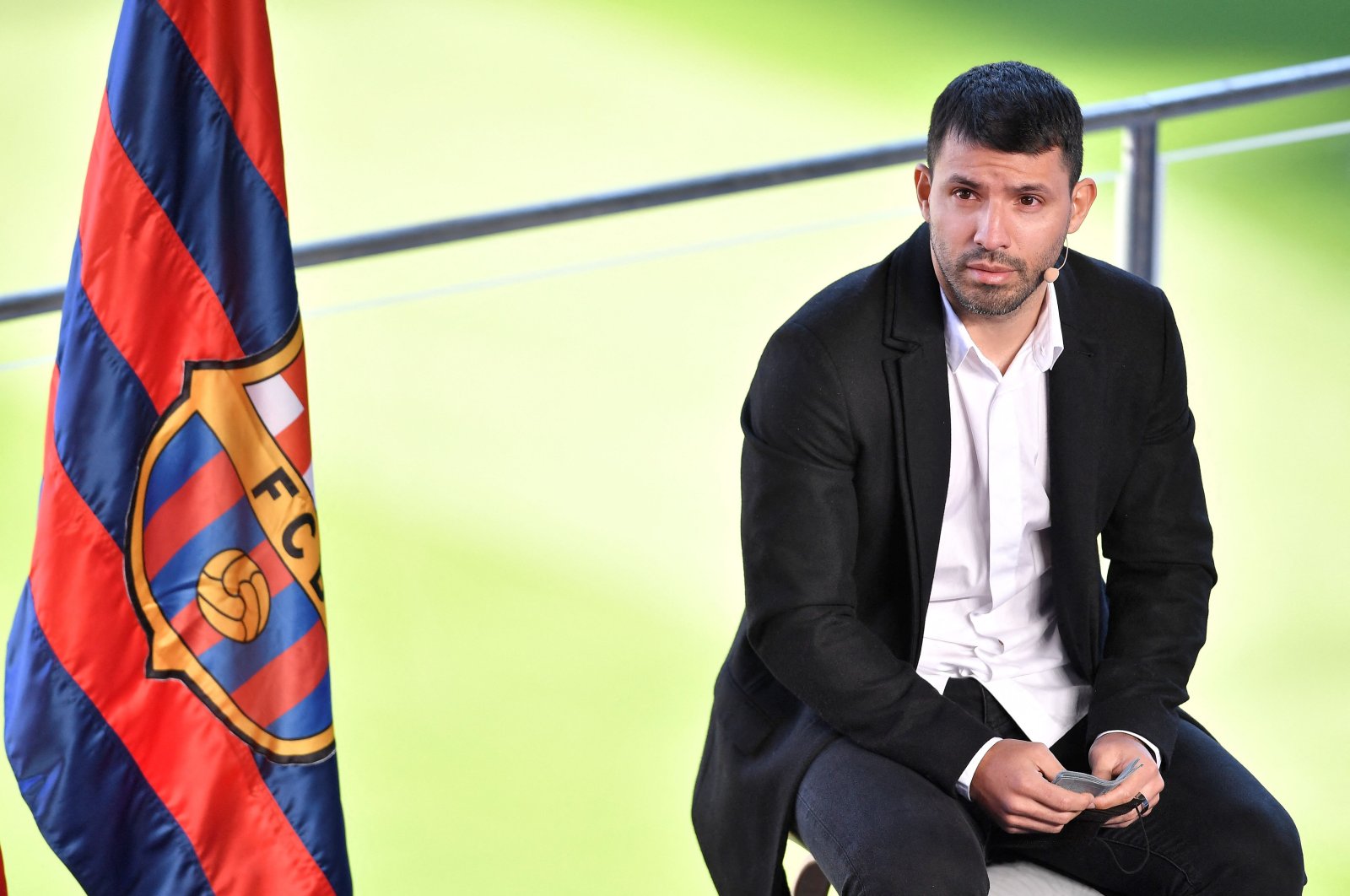 Barcelona striker Sergio Aguero fought back tears as he announced his immediate retirement from football over health concerns Wednesday.

The 33-year-old Argentina striker underwent heart tests after leaving the field, holding his chest, during Barcelona's match against Alaves in the Spanish league on Oct. 30.

His condition has since been evaluated, and a sobbing Aguero said at a Camp Nou press conference – attended by Barcelona players and board members, family and former colleagues – that he had decided to stop playing.

"I'd like to stay here and keep helping my teammates,” Aguero said, "but things happen for a reason.”

Aguero said he made the decision 10 days ago. He was told after his first heart test that there was a big possibility he could not play again.

He took deep breaths and shook his head before making the announcement, then looked on in sadness as a highlight reel of his career highlights was shown on the screen.

Aguero is one of the world’s most well-known players, having only joined Barcelona in the offseason after ending a 10-year stint at Manchester City during which he became a great of the English game.

Using his explosive movement and powerful shot, Aguero scored a club-record 260 goals for City and was a key player in the growth of the team as a major force in England and Europe.

He had a record 12 hat tricks in his total haul of 184 Premier League goals, the most for an overseas player and the fourth most all-time.

He also scored arguably the Premier League’s most famous goal, the dramatic stoppage-time winner against Queens Park Rangers that clinched the title for City on the final day of the 2011-12 season.

Aguero, who joined City from Atletico Madrid in 2011, struggled with injuries in his final two seasons at City and missed the start of his first season at Barcelona because of fitness issues. He only played in five games for the Catalan club.

For Argentina, Aguero scored 41 times in 97 matches – putting him third on the national team’s all-time scoring list – after making his senior team debut in 2006. That came between two world titles for Argentina’s youth teams.

Aguero’s only major title with Argentina came at this year’s edition of the Copa America, in which he barely featured and he also won the Olympic gold medal in Beijing in 2008.

Aguero was one of the youngest players to make his debut in Argentina’s top division, at the age of 15 for Independiente. He had spoken about potentially finishing his career at the Buenos Aires club.