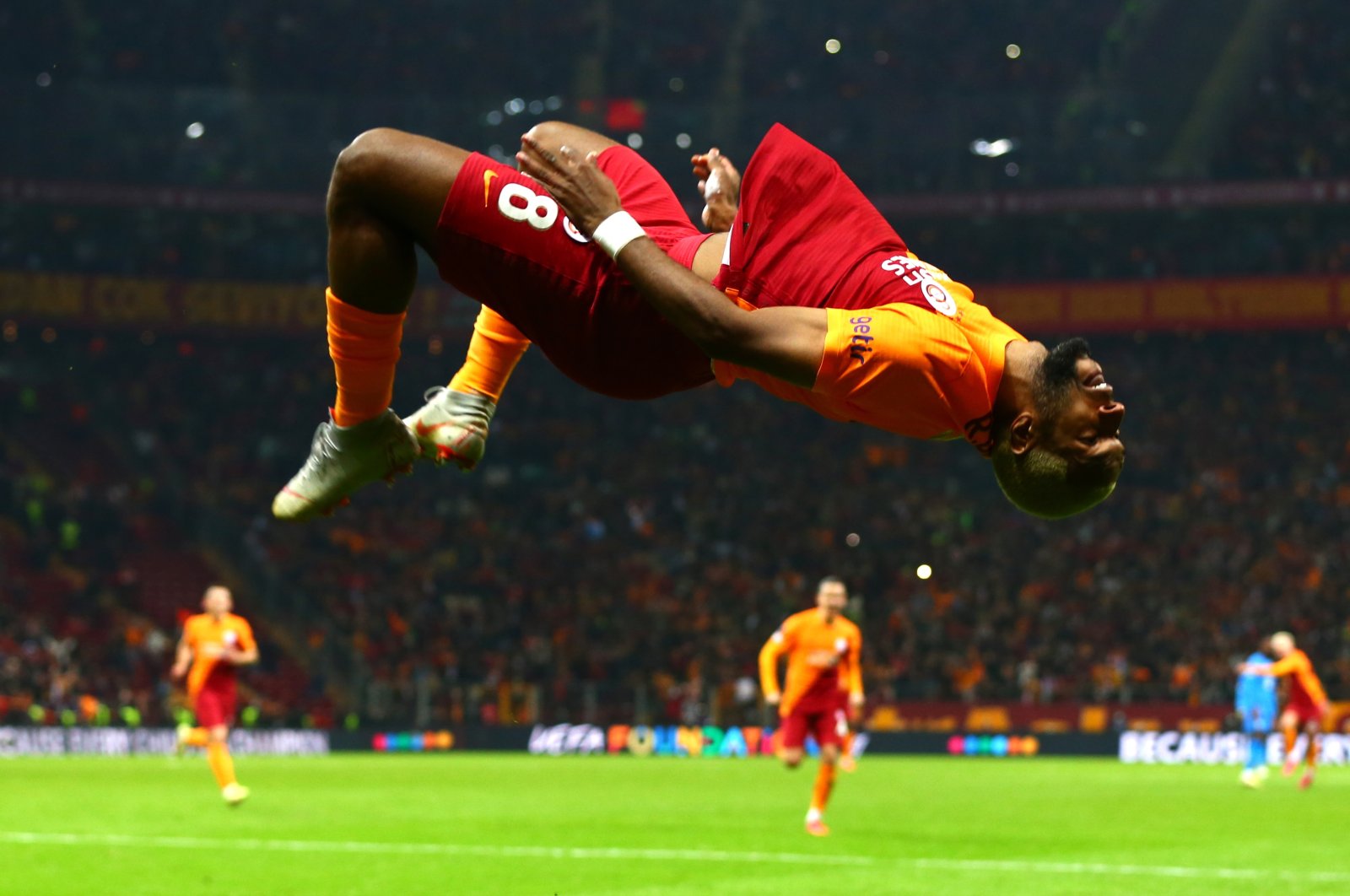 Galatasaray fans at the Nef Stadium, officially known as the Ali Sami Yen Sports Complex) have had a huge effect on their team’s game. Fatih Terim must have taken notice and incorporated it in his game plan a long time ago. Terim and the fans have since developed a positive feedback loop – every time Terim shifts up a gear, the fans follow suit.

The enthusiasm home fans bring to the game has been placed at the center of Terim's risky and chaotic strategies. It will not be an exaggeration to say the fans’ influence has become a key part of the tactics, especially in domestic games.

Since Galatasaray’s fast-paced game does not follow an organized pattern, with clear pass connections, the only option left for Terim is to bypass the midfield and send long balls into the wings. This is how Terim started Thursday’s game against Olympique Marseille. The unexpected and sudden movement of the ball from one wing to another put the Marseille defense in a difficult situation.

In fact, Marseille coach Jorge Sampaoli greatly contributed to the creation of these positions. His underestimation of Terim and Galatasaray cost him dearly.

The Argentine’s 4-1-3-2 formation made it impossible to defend and close the flanks. One reason for this was that the back four pushed too high up the pitch, leaving the wings almost defenseless.

At the beginning of the match, Sofiane Feghouli and DeAndre Yedlin’s deep runs behind opponent wing backs left Marseille helpless. These runs became more lethal due to the defensive weakness and eventually brought the first two goals. The third goal was a complete Kerem Aktürkoğlu production.

Speaking of Kerem, Turkish football is close to celebrating the rise of a real star.

Firstly, Kerem is smart and has a multi-layered game vision. He is able to evaluate and execute multiple creative solutions at the same time. If he keeps improving his already impressive technique, he can fit in any team in the world. His physique complements his speed and agility. One thing is certain we will write many stories about Kerem in the coming years.

However, the key player in the Marseille match was Mbaye Diagne. He managed to hit almost every ball sent his way. To be honest, Diagne did not just hit the balls; he either hit the target or turned them into critical passes. As a result, the Marseille defense had to mark him with two defenders. This broke the French side’s defensive balance, creating vast spaces for Galatasaray players.

In the Galatasaray defense, Marcao and Taylan Antalyalı's gradual suppression of Arkadiusz Milik rendered Marseille's offense largely ineffective. Victor Nelsson also performed well and his long balls from the back were delivered to the right address on most occasions. Patrick van Aanholt also defended his region well and helped the center in sudden counterattacks.

In summary, Galatasaray showcased a near-perfect performance in this match. Not losing tempo or falling behind athletically also added some value to this performance. Responding to the demands of the match athletically and with a high accuracy rate in the long balls gave Galatasaray and Terim yet another European victory.

The question that remains to be asked though is whether this game a repeatable game? I do not think so since all the positive aspects in this match came from individual talent, rather than repeated cooperation. The high motivation and stunning effect of the fans cannot substitute a game plan either. I think this is one of the reasons behind Galatasaray’s inconsistence performance in the Süper Lig. However, if Terim finds a way to repeat this performance in the next three matches, Galatasaray can truly become a dangerous team.