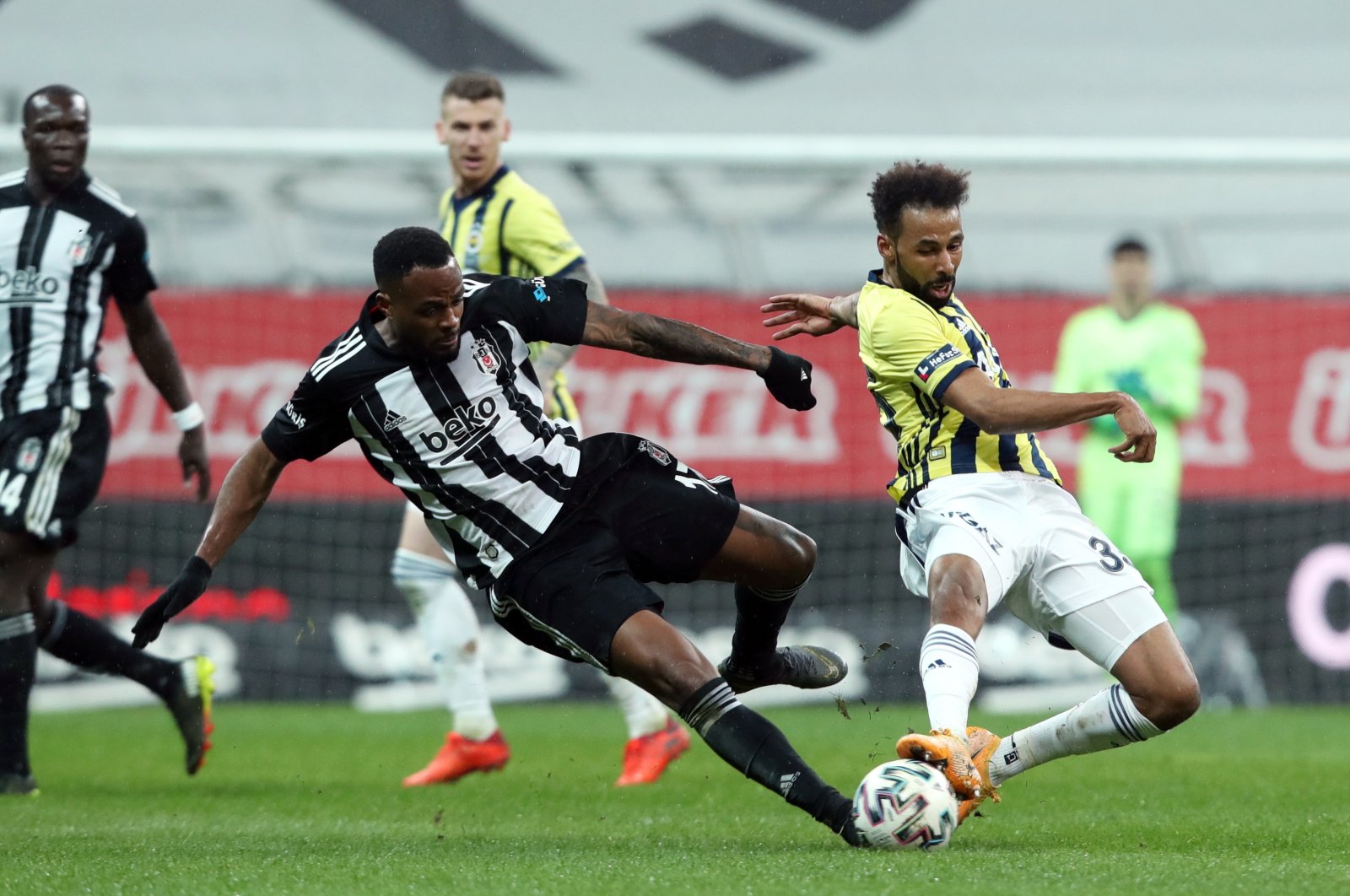 It has been a weird week in the Süper Lig championship race. First, Galatasaray was defeated 4-3 by minnows Rizespor – in a dramatic game that lasted 102 minutes. Then the derby between Beşiktaş and Fenerbahçe ended in a draw, with the latter’s equalizer coming in the 89th minute. Hence, neither of the three title contenders managed to get what they wanted and the status quo remained unchanged.

It could be argued that Beşiktaş – as the league-leader – is naturally the winner of the week. However, for the club, the feeling at the end of the derby was not one of relief, but frustration.

After controlling the game for 75 minutes, finding multiple opportunities and scoring the opener with Domagoj Vida’s header in the 48th minute, Beşiktaş seemed well on course for a victory.

Then, Fenerbahçe made four substitutions and eventually took control of the game with the fresh legs. At that point, Beşiktaş manager Sergen Yalçın did not intervene, letting Fenerbahçe make a comeback to the game.

This was a crucial mistake for two reasons: First, after two exhausting games against Istanbul Başakşehir last week, Beşiktaş was getting tired after 75 minutes. Second, as Fenerbahçe took more risks toward the end, fresh players off the bench for Beşiktaş could have utilized the vast time and space in Fenerbahçe’s half and secured the game for the Black Eagles.

However, Yalçın made only one substitution until the 90th minute, allowing Fenerbahçe to get away with having many players in Beşiktaş’s half. After that, it was only a matter of time Fenerbahçe would score an equalizer and substitute Ozan Tufan did just that. He hit home a brilliant strike in the last minute to save Fenerbahçe manager Erol Bulut once again.

Another player who saved Bulut was his goalkeeper Altay Bayındır. The young goalie came face-to-face with the deadly Beşiktaş striker Vincent Aboubakar three times and made three brilliant saves. Had he conceded one of them, newspapers on Monday would start their day with the resignation news of the entire Fenerbahçe technical team.

On the other hand, having perhaps the best result from the derby, Fatih Terim’s Galatasaray had earlier collapsed against Rizespor.

In an exciting Russian roulette of a match, Galatasaray and Rizespor took turns in getting the lead. It was Rizespor in the end who found the winner and took crucial three points from Istanbul in its battle against relegation.

Of course, there is a lot to discuss about Terim and his decisions, primarily his substitutions, but I think there is a bigger problem. Younes Belhanda’s abrupt departure last week, after the Moroccan player complained about pitch conditions, shows the administrative crisis in the team.

Terim, unlike any other manager in Turkey and probably in the world, behaves as if he is the Galatasaray chair and in fact, he is seen as such by many fans. Belhanda’s departure against his will, combined with the previous intense arguments with the club head, are clear signs that there is mistrust between club Chairman Mustafa Cengiz and Terim.

We have seen this same story in the last three seasons, but on the first two occasions, Terim was able to rally the club behind him and win the championship, while last year it was put on the backburner due to the COVID-19 pandemic.

However, this year the drift between Galatasaray’s top management makes itself more and more apparent, creating a strain on the team.

Terim would usually get the fan support – his biggest weapon – in the stadium around this time of a regular season, but not this time. Hence, now more than ever, he needs to pull a rabbit out of the hat to solidify his position and march toward the Süper Lig title.