This one's for you: Messi dedicates Copa title to family, country and Maradona 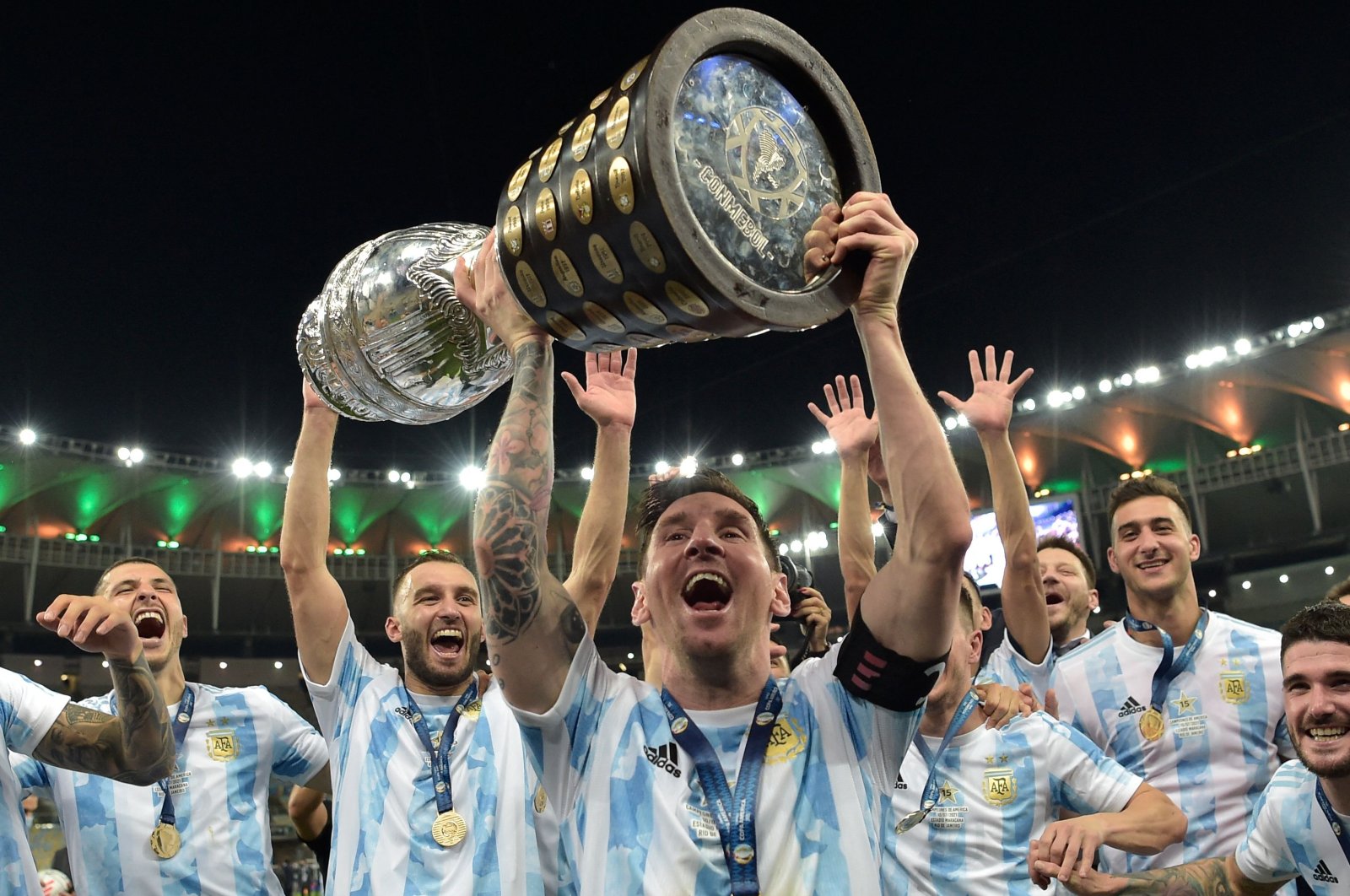 "I want to dedicate this success to my family, who have always given me the strength to continue, to my friends whom I love so much, to all the people who support us and above all to 45 million Argentinians who have suffered so with this dreadful virus," Barcelona megastar Messi wrote on Instagram.

Argentina is approaching a 100,000 COVID-19 death toll and weeks before the start of the Copa tournament, Buenos Aires refused to co-stage the event with Colombia owing to the surge in pandemic cases.

South American confederation CONMEBOL ultimately transferred hosting rights to Brazil at the last minute despite that country having seen more than half a million virus deaths, the second-highest global tally after the U.S.

Messi, 34, also paid tribute to the memory of Maradona, who died aged 60 last November, saying that "Diego was surely urging us on wherever he is."

Argentina's success over the Brazilians in Rio was not just Messi's first major trophy for the Albiceleste but his country's first continental honor in 28 years.

Messi had been desperate to lead the side to glory after a series of disappointments both at World Cups and the Copa. Given its battle against the further spread of the virus, Argentina has not organized celebrations to mark their title win.

After arriving back in the country Sunday, the squad were briefly received at the country's football federation headquarters and then dispersed for a pre-season break.

Despite the low-key welcome, thousands of fans took to the streets amid tight virus restrictions.

"To continue to party we must continue to take care of each other – let's not forget we have a long way to go to get back to normality," Messi warned.

"Use this happiness to gather strength to fight this virus together."