Copa America in Brazil ready for kick-off despite pandemic 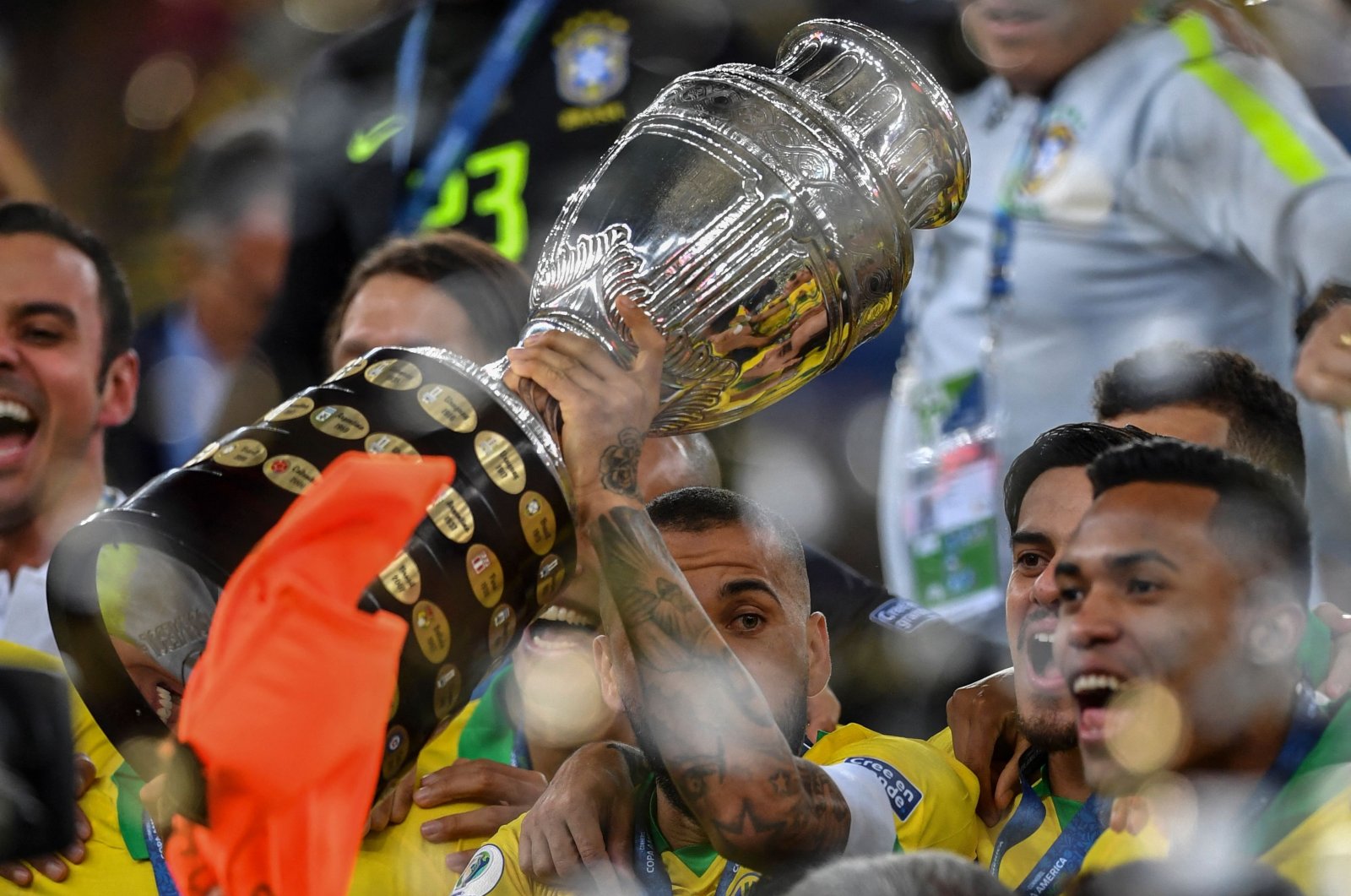 After an often absurd odyssey, the 2020 Copa America kicks off a year late, in a different country and with fewer teams – and, most perplexingly, in the midst of a COVID-19 pandemic raging fiercely in the continent

Last-minute hosts Brazil is ready to kick off the Copa America on Sunday after stepping in for coronavirus-hit Argentina.

The Latin American giant will be the favorites, playing a Copa America on home soil in three years as it faces minnows Venezuela in a tournament already dominated by issues off the pitch.

After an often absurd odyssey, the 2020 Copa America kicks off a year late, in a different country and with fewer teams – and, most perplexingly, in the midst of a COVID-19 pandemic raging even more fiercely than it was 12 months ago when the health situation was deemed too dangerous to play.

Co-hosts Argentina and Colombia were stripped of their rights at the 11th hour, due mostly to the deteriorating pandemic situations in those countries but also deadly social unrest in the latter.

In stepped Brazil, supported by the country's far-right President Jair Bolsonaro, who has made a name for himself downplaying the seriousness of the novel coronavirus.

Two years after the Selecao won a ninth title, also on home soil, Brazil is hosting the tournament even though the country has the world's second-highest COVID-19 death toll after the United States, with 480,000 fatalities.

Even the reigning champions' players don't want to play.

"We are against organizing the Copa America, but we will never say no to the Brazilian national team," the players said in a joint statement on social media earlier this week.

They also hit out at South American football's governing body CONMEBOL, saying they were "dissatisfied" with its handling of the tournament, adding a damning verdict that the organization would be "inadequate."

Other players such as Argentina's Sergio Aguero and Luis Suarez of Uruguay have criticized the decision to go ahead with the tournament in Brazil.

The problems faced by international football's oldest competition have been innumerous.

Originally slated to be a 12-team tournament including Asian federation guests Australia and Qatar, the schedule had to be reorganized after both pulled out in February as the new dates clashed with other regional commitments.

A second schedule reorganization took place this month so Brazil could kick off the tournament instead of Argentina.

Two major sponsors, Mastercard and beer giant Ambev pulled their brands from the tournament earlier this week, alongside another alcoholic beverage company, Diageo.

And the tournament had to survive a last-ditched attempt by the national metalworkers' union, the Socialist Party (PSB) and the Workers' Party (PT) of former president Luiz Inacio Lula da Silva to block it in the Supreme Court.

"It's impossible to describe the insanity of trying to hold an event of this magnitude here now," Brazilian infectious disease specialist Jose David Urbaez told AFP.

The Supreme Court ruled in favor of the tournament but told state governors and city mayors to do more to ensure "appropriate health protocols" are respected.

Organizers insist it will be safe, with no fans in the stadiums and the teams undergoing mandatory testing every 48 hours. Team movements will be restricted and they will travel to host cities aboard chartered flights.

Plans to oblige all players to be vaccinated – which was supposed to have been enabled by the donation of 50,000 doses from Chinese state pharmaceutical company Sinovac – were abandoned as time ran out to ensure everyone could not only receive the jab but develop immunity.

What is usually a festival of color and passion looks more like a headache – or an even worse ailment.

Led by star forward Neymar, who missed the 2019 tournament due to injury, Brazil will be favorites to defend their title.

The team is in fine form having begun qualifying for the 2022 World Cup in Qatar with six wins from six.

Lionel Messi will lead Argentina as the six-time Ballon d'Or winner aims to finally break his trophy drought in top level international competition after three times before losing in the final.

Uruguay will be hoping veteran forwards Luis Suarez and Edinson Cavani fire them to a record-extending 16th triumph.

No one else has shown the kind of form that would suggest they could upset the odds.

Before the business end arrives the Copa will begin with an almost pointless group stage.

The withdrawal of Australia and Qatar leaves two five-team groups in which the top four from each will qualify for the quarterfinals.

Far from a continental extravaganza, the 2021 Copa America runs the risk of being an embarrassment. That's provided it makes it to the end.