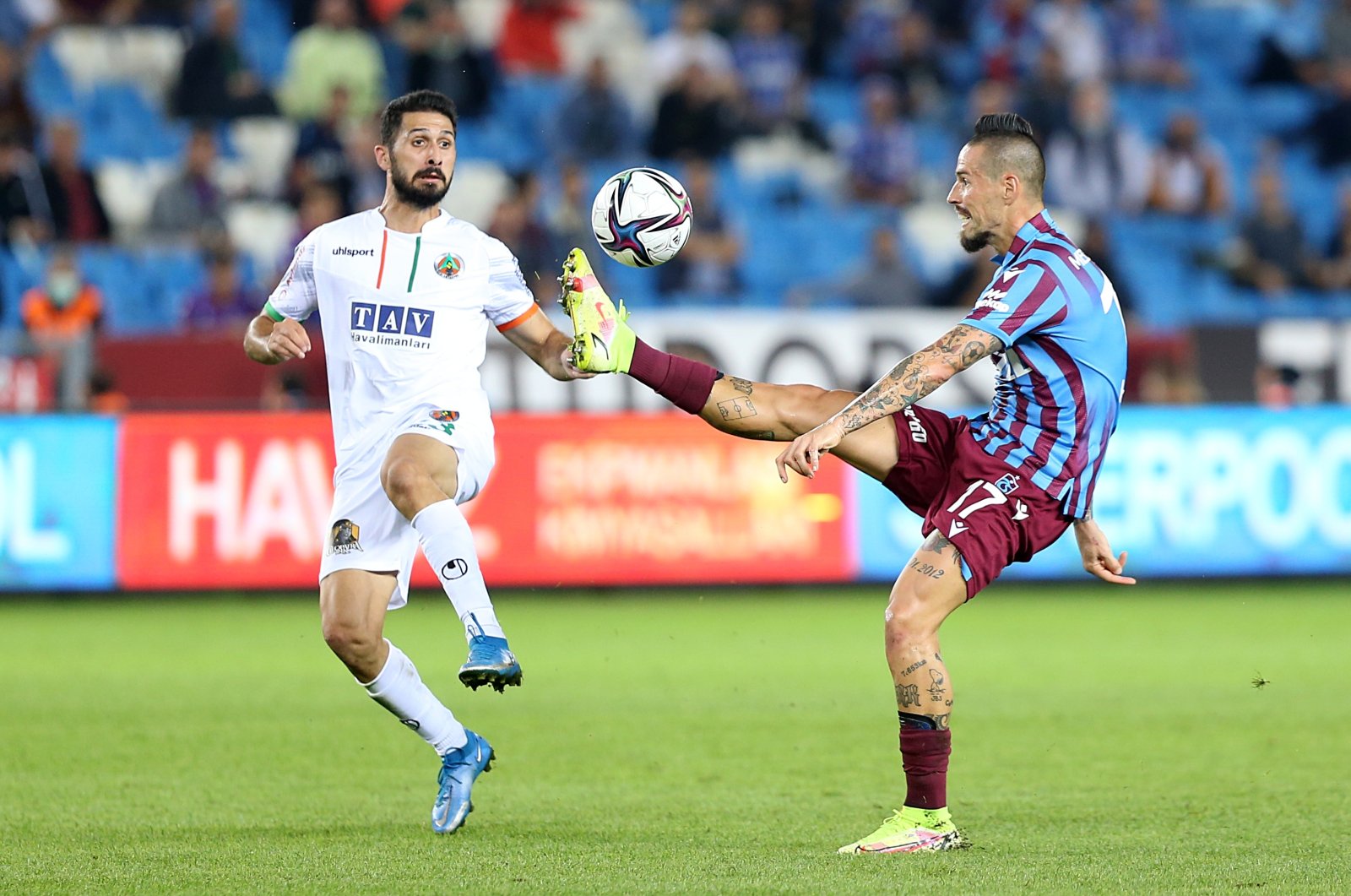 Title hopeful Trabzonspor missed an opportunity to go top of the Turkish Süper Lig after Alanyaspor held it to a 1-1 draw on Monday.

The home side scored the equalizer thanks to an Andreas Cornelius header in the 42nd minute, ending the match 1-1.

Trabzonspor finished the match with 10 men after Hüseyin Türkmen was shown a red card in the 75th minute.

Trabzonspor is now second in the Süper Lig table with 15 points from seven matches, while Alanyaspor is seventh with 13 points from the same number of outings.

In the Süper Lig clash on Monday, Kasımpaşa came back from 2-0 down to draw 2-2 with Konyaspor at home.

Konyaspor was off to a flying start. It went two up with goals from Koka and Serdar Gürler in the 18th and the 21st minutes, respectively.

Istanbul side Kasımpaşa, however, made a quick reply in the 29th minute with a goal from Michal Travnik.

After the first half ended 2-1, Kasımpaşa drew level in the 63rd minute when Umut Bozok scored from the spot.

Following the draw, Konyaspor is sixth in the Süper Lig table with 13 points, while Kasımpaşa is struggling on the edge of the relegation zone with just six points from seven matches.