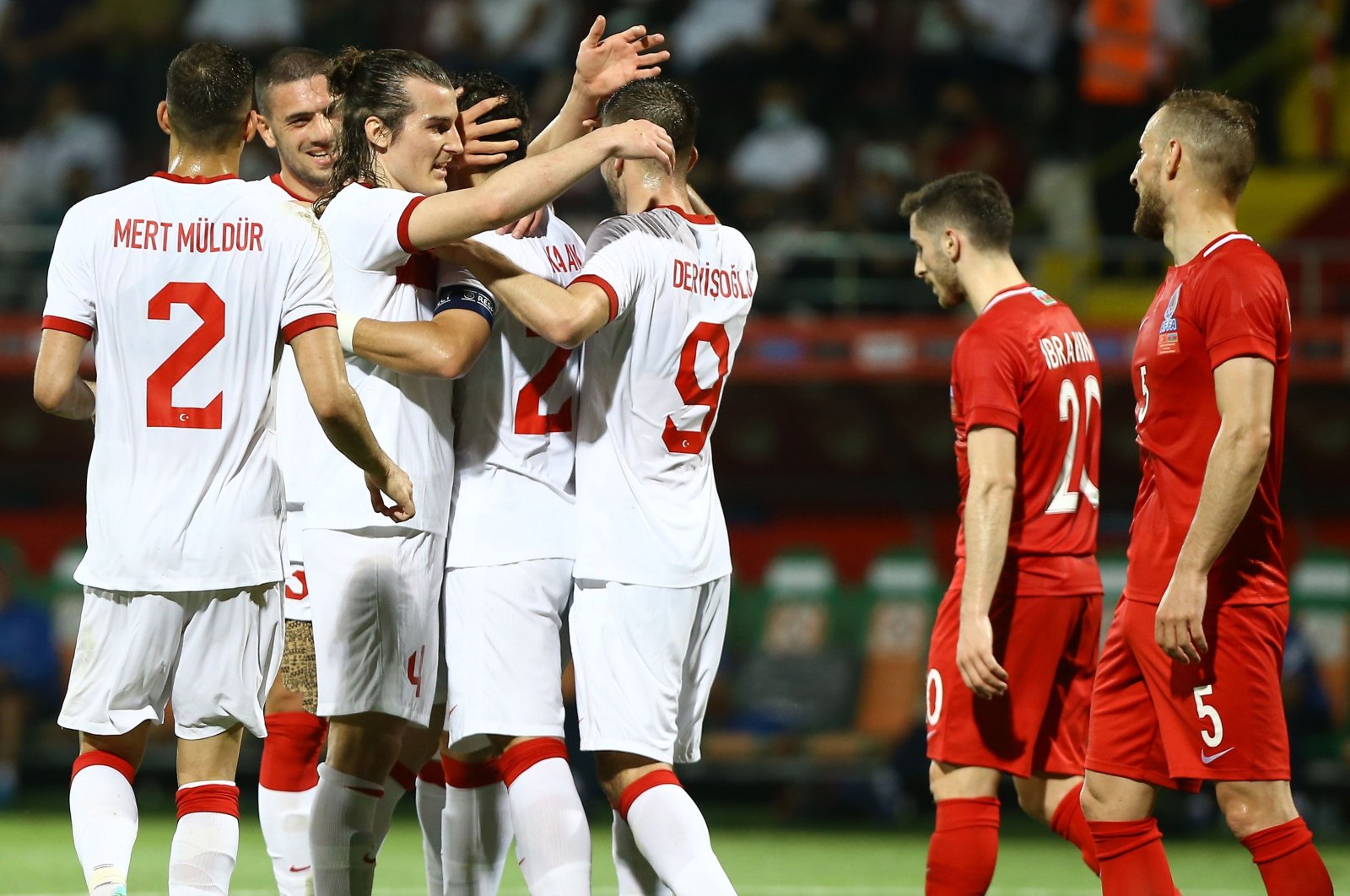 Turkish National Team players (L) celebrate their second goal during their friendly match against Azerbaijan at Alanya Bahçeşehir Okulları Arena in Antalya, southern Turkey, on May 27, 2021. (Reuters Photo)
by Agencies May 28, 2021 8:30 am

Turkey beat Azerbaijan 2-1 late Thursday in a friendly match that also served as an important indicator ahead of Euro 2020.

Azerbaijan broke the deadlock when Emin Makhmudov netted from close range in minute 28 at Bahçeşehir Okulları Arena in the southern Turkish resort town of Alanya.

In the 34th minute, Turkey pulled level from a free-kick thanks to a glancing header from Galatasaray striker Halil Dervişoğlu.

Turkey took the lead near the end of the first half as Sassuolo defender Kaan Ayhan tapped the ball in from close range after a saved ball by Azeri goalkeeper Emil Balayev fell into his path.

Neither side produced a goal in the second half.

With this win, Turkey claimed its sixth win over Azerbaijan.

The Turkish national team will take on Guinea for a second exhibition match at Antalya Stadium on May 31.

Turkey faces Italy, Wales and Switzerland in Group A at the June 11-July 11 Euros, led by captain Burak Yılmaz who played a key role in Lille winning its first Ligue 1 title in 10 years this season.

Turkey coach Şenol Güneş is looking to repeat the success of his 2002 World Cup campaign when he led the team to an unexpected third-place finish.