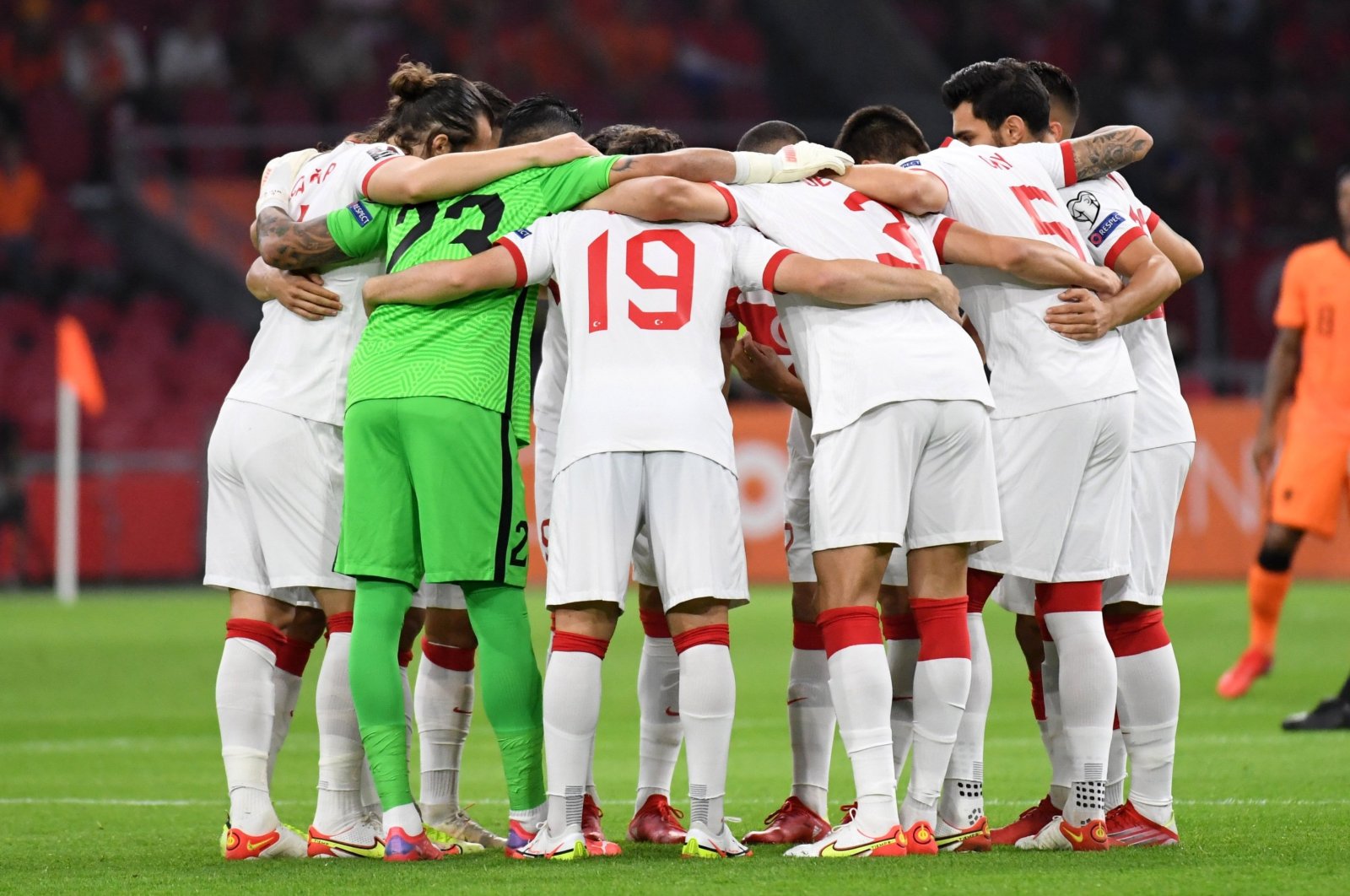 Turkey will take on European heavyweights Portugal in the FIFA 2022 Qatar World Cup playoffs as draws were completed late Friday.

The Turkish national team qualified for the playoffs after scoring two goals against Montenegro in the World Cup 2022 qualifiers match at the Podgorica City Stadium in Montenegro.

The Netherlands finished with 23 points from 10 games, two more than Turkey, who won 2-1 away to Montenegro to secure a playoff spot. Norway ended third in the group with 18 points.

According to other draws, Italy will host North Macedonia in the playoffs' first round in March before the winners face off for a spot at next year's finals in Qatar.

The draw means that one of the last two European Championship winners, Italy or Portugal, will not be at the next World Cup.

The winner of the Portugal-Turkey match will host the final-round game in Path C.

"It's a very difficult draw for us," said Italy coach Roberto Mancini. "North Macedonia is a very good team, and if we win we have to play away."

Italy – who beat England on penalties in the Euro 2020 final earlier this year – is hoping to banish the memories of their playoff heartache from four years ago when they lost to Sweden and failed to qualify for the World Cup for the first time since 1958.

Portugal has featured at every major championship since missing out on the 1998 World Cup.

They only narrowly missed out on automatic qualification when Aleksandar Mitrovic's late goal snatched a 2-1 win for Serbia in the two teams' last group match.

Elsewhere in the playoffs, British rivals Wales and Scotland could play against each other in the final of Path A.

Scotland will welcome Ukraine to Glasgow in their semifinal game. Wales take on Austria in Cardiff, with the winners to have home advantage in the final.

The Welsh are hoping to play in the global showpiece for the first time in 64 years, while Scotland has not qualified since 1998.

"It was in 1958 that we last qualified for the World Cup finals and through the playoffs again, so the incentive is there for us.

"We worked ever so hard to get that runners-up position in the group and earn that home draw, and we've had the luck of the draw that if we win that semifinal we will also be home for the final, so there's everything to play for," Page said.

Russia faces Poland in the Path B semifinals, with the winners to host Sweden or the Czech Republic.

The Russians, who reached the 2018 quarterfinals as the host nation, have only ever lost one World Cup qualifier at home – against Germany in 2009.