Turkish football belongs to everyone except local players, staff 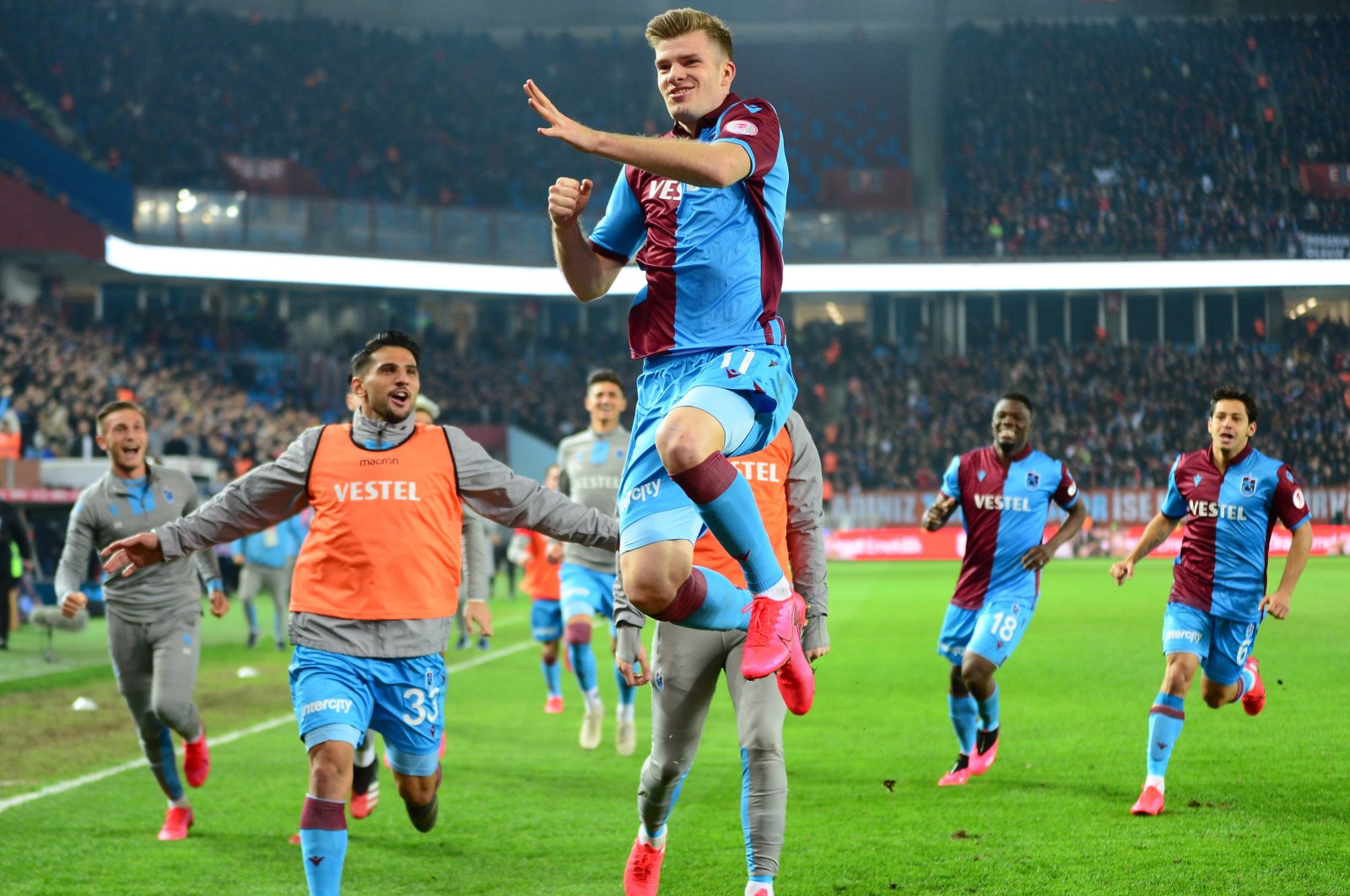 Trabzonspor's Alexander Sorloth celebrates a goal during a Turkish Cup match against Fenerbahçe in Trabzon, Turkey, March 3, 2020. (AA Photo)
by Arda Alan Işık May 27, 2020 9:20 am
RECOMMENDED

Recently I read a strange report on Trabzonspor’s post-COVID-19 financial policies. It was reported that the club intended to cut local players' wages by 20% while slashing only the match-day bonuses for foreign players. I do not know if there is any other country where such a policy would be regarded as acceptable. Nevertheless, this is not something new for Turkish football.

In 2012, Beşiktaş launched the “the sacrifice” campaign, asking Turkish players again to cut their wages while doing almost nothing about the foreign players' contracts. In protest, central defender Egemen Korkmaz famously told Beşiktaş executives, “I am a giaour, give me my money,” before moving to Fenerbahçe to keep his wage. This long-term unjust treatment of Turkish players is one of the core factors why Turkish football is dependent on foreign players.

First of all, there is still no proper players' union that can defend and promote the rights of all footballers and staff. In mid-March, when the games were being played without spectators, Fatih Terim revived the idea of the unionization of football workers and called for an initiative. Today, there is only the Association of Professional Players, but it is funded by the Turkish Football Federation (TFF). Plus, it only covers the rights of players, not the staff. Hence, it is a must to establish a proper defense mechanism for football workers so that the arbitrary treatment of their working conditions can come to an end.

However, it is not as easy as it sounds. The inability of football workers to defend their rights has always been an advantage for the executives. Whenever they need to create funds for the clubs, the players' and workers' wages are the first things targeted.

Yılmaz Vural, a famous manager who worked with 37 clubs in 33 years, complained in a recent interview that despite his efforts to create a union, there was always intense pressure from the clubs to not create one. Added to that, no one wants to get stigmatized in an industry where one word from an executive could threaten careers. Foreign players can always go to TFF or UEFA to defend their rights, but once a Turkish player does so, it is very likely that his name would be crossed out.

Executives do not want players who create "problems;" they want players who will "cooperate" when asked. This "flexible" situation of the contracts has been one of the main methods of executives to deal with financial problems. Vural said in the same interview that there was not a single instance in which he got everything promised in a contract. For any other industry, this may be unbelievable that you are never paid the amount you were promised, but this has become a norm in Turkish football.

Nonetheless, the horrible financial performance of the clubs shows that their methods are not only unjust but also ineffective. Despite their great leverage on local players and staff, their numbers keep deteriorating. Thus, it is meaningless to sacrifice the hard work of the football workers to save clubs, as they are beyond saving at this point. The new Turkish football must defend the rights of football workers with proper unionization.