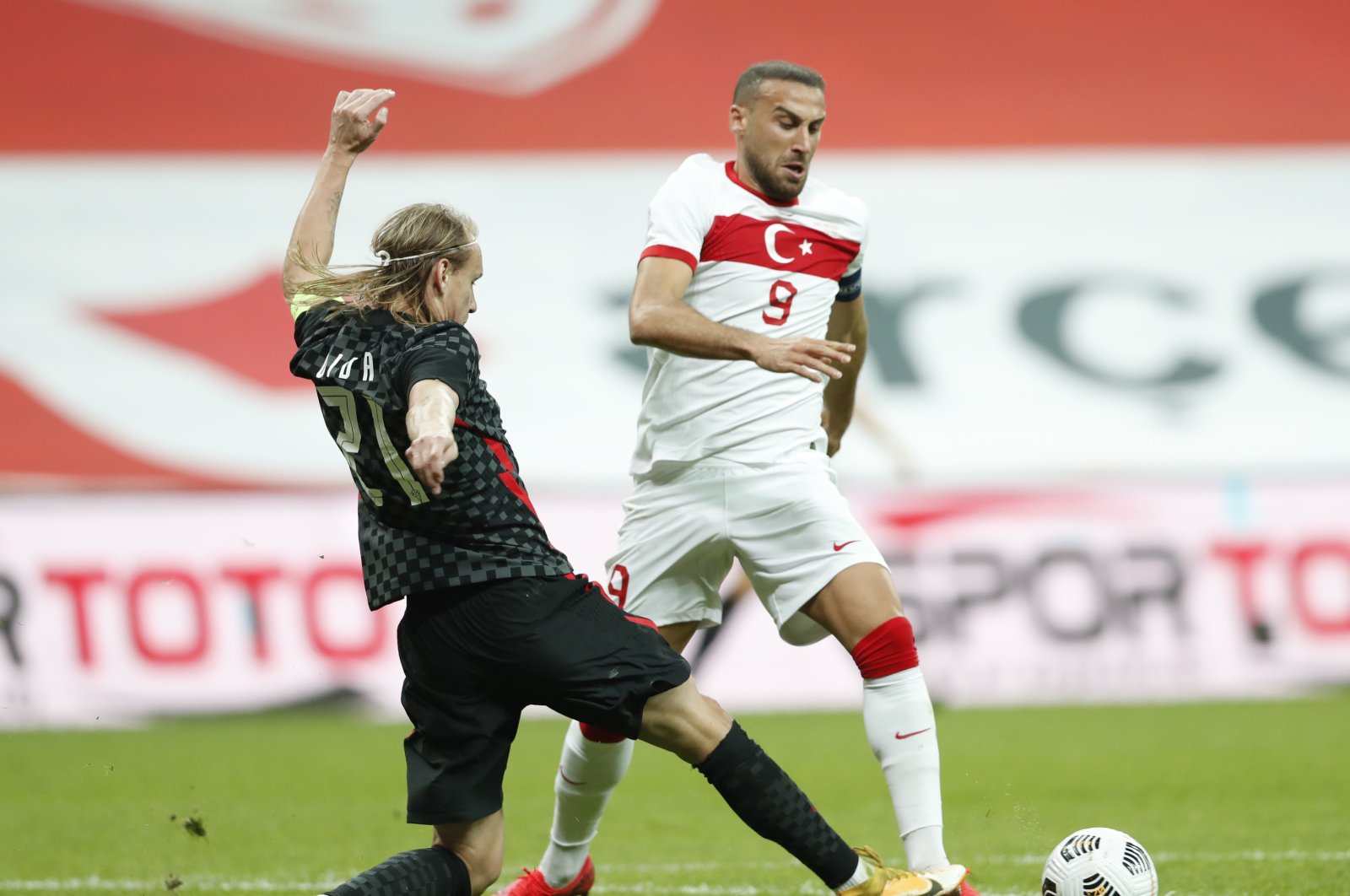 The Turkish national football team has been placed under precautionary isolation on Thursday over possible exposure to the coronavirus during a friendly match with Croatia on Wednesday.

According to the Croatian Football Federation (HNS), Croatia defender Domagoj Vida played the first half of a 3-3 draw with Turkey on Wednesday before the team received the information that he had tested positive for COVID-19.

All Croatia players, including Vida, had returned negative tests Monday and underwent another routine test on Wednesday morning ahead of the Turkey friendly.

It was during the friendly’s half time when Croatia's medical staff received "one potentially positive result," and a retest of the sample revealed Vida to be infected with the coronavirus.

Turkey's management was initially informed of the potentially positive result shortly before the second half of the clash, by then manager Zlatko Dalic had already brought on Filip Uremovic in place of Vida.

Vida, the 31-year-old World Cup finalist who plays at Istanbul powerhouse Beşiktaş, will "spend the next few days in self-isolation in Istanbul," HNS was quoted as saying by Agence France-Presse (AFP).

Due to his more than three-year tenure in Turkey, Vida is well acquainted with many of Turkey's players. The Croatia defender hugged several players after the match, including coach Şenol Güneş, who had previously worked at Beşiktaş.

Shortly after the match, the Turkish national team was placed in a precautionary quarantine at training facilities in Istanbul’s Riva neighborhood.

Earlier on Thursday, the team underwent a round of COVID-19 tests while the Turkish Football Federation (TFF) ordered all staff members and players who had come in close contact with Vida to be separated from the rest and remain in isolation at the training facilities.

Hours later, the TFF said all tests taken from the national team came back negative but still required the team to stay in isolation until the UEFA Nations League match against Russia on Sunday.

While the team will have daily COVID-19 tests until Sunday, the incident raised doubts about whether Turkey will be able to go ahead with the match against Russia.

According to UEFA and TFF rules, a team can play as long as it has 13 players available, including a goalkeeper.