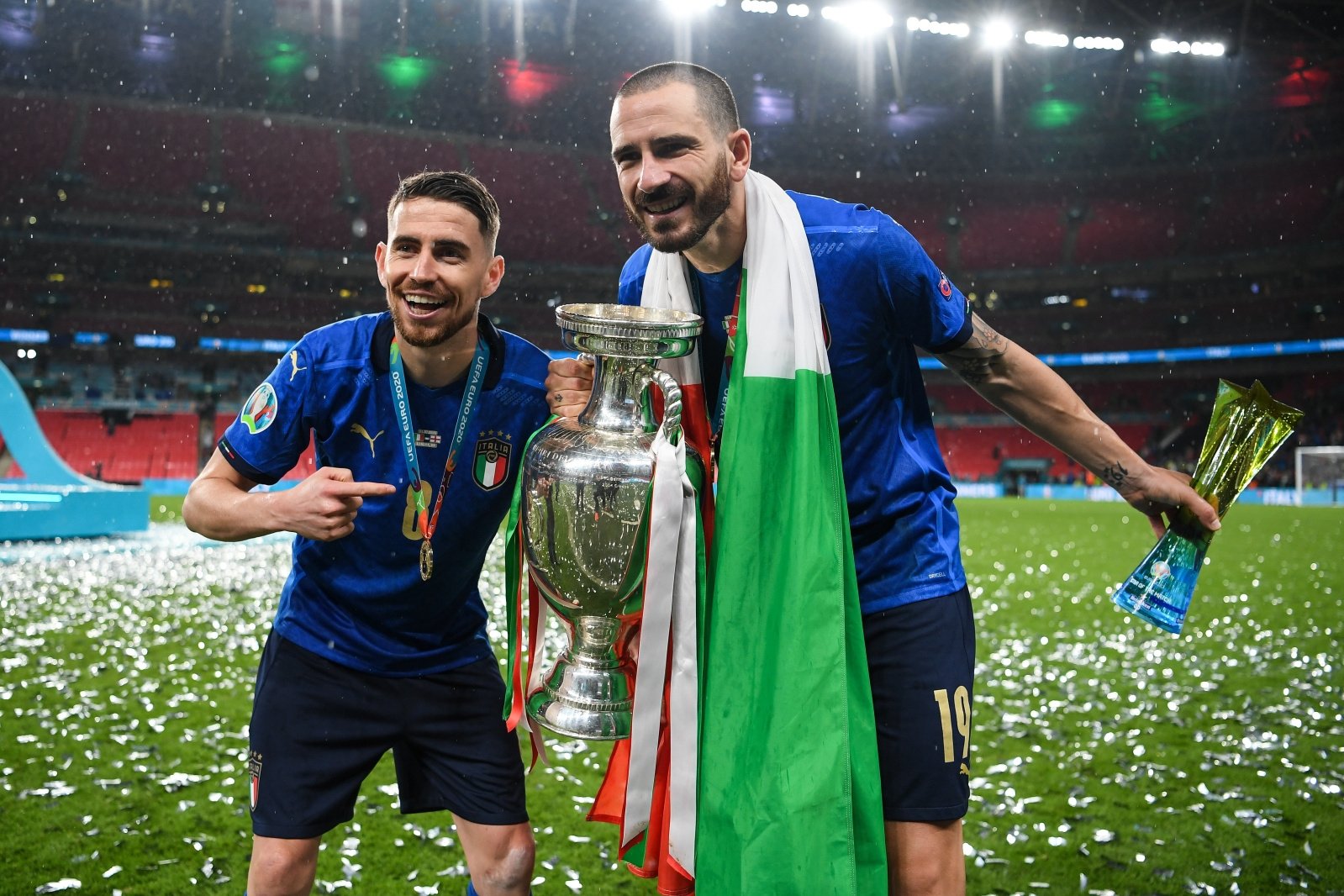 European football body UEFA named five players from the champion Italy side in the Euro 2020 team of the tournament announced on Tuesday.

Italy goalkeeper Gianluigi Donnarumma – who was named the Player of the Tournament – along with defenders Leonardo Bonucci and Leonardo Spinazzola, midfielder Jorginho and winger Federico Chiesa were all selected in the line-up.

England right back Kyle Walker, center back Harry Maguire and forward Raheem Sterling were also included in the team.

However, big names like Cristiano Ronaldo, Kylian Mbappe, or Robert Lewandowski all missed out.

Ronaldo won the Golden Boot with five goals, the same as Patrick Schick of the Czech Republic, who was also overlooked by UEFA’s expert panel of 16 coaches and former players.

Mbappe did not score in four games and had his decisive spot kick saved as France was eliminated by Switzerland in the round of 16.

Lewandowski, the current FIFA best player in the world, scored three times in three games but Poland finished last in its group. England captain Harry Kane scored four goals yet did not make the team.

Lukaku, who scored four goals in four games, is the only one of the six top scorers at Euro 2020 included in the lineup.

Spain midfielder Pedri, who was named the Young Player of the tournament, was also among the top 11 players, alongside Denmark's Pierre-Emile Hojbjerg.

Italy won the Euros for the first time since 1968 as Donnarumma saved two England penalties en route to a 3-2 shootout win after the teams had fought out a 1-1 extra-time draw in Sunday's final at Wembley.

Introducing the official Team of the Tournament for #EURO2020
Who would be your captain? pic.twitter.com/goGLi6qQzj

UEFA Euro 2020 Team of the Tournament