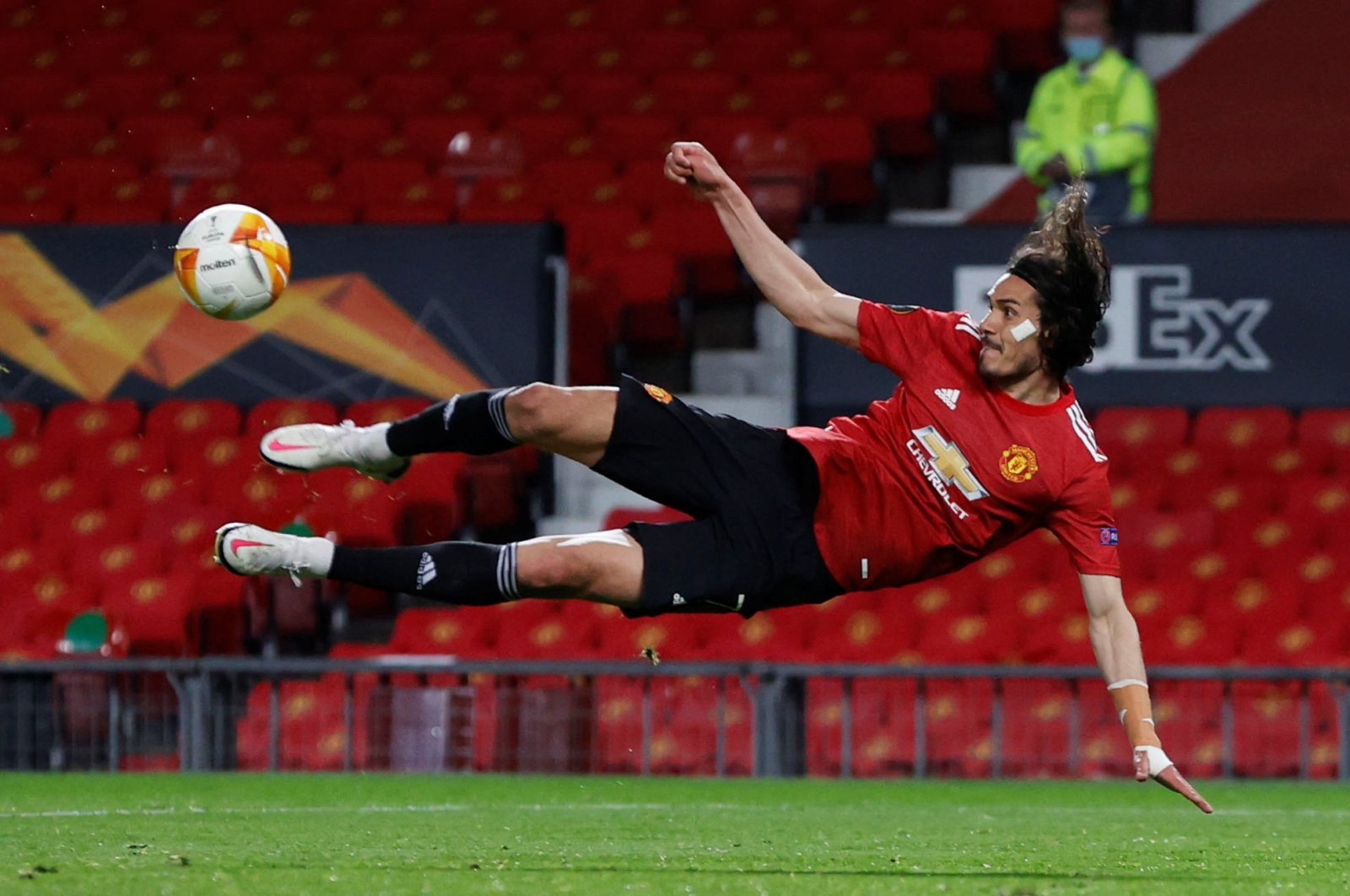 Manchester United has one step in the Europa League final after scoring six goals past AS Roma in their semifinal first leg at Old Trafford on Thursday.

Bruno Fernandes and Edinson Cavani scored twice each to complete the 6-2 drubbing of the Italian side.

United's run of four semifinal losses under manager Ole Gunnar Solskjaer should be ended after next week's second leg in the Italian capital after Fernandes and Cavani gave a display of class, providing two assists each to go with their goals.

Roma paid the price for three first-half injuries, including to goalkeeper Pau Lopez, which forced them to use all three substitution windows before going in 2-1 up at the break.

But that should not disguise the impact of the quality provided by the Portuguese midfielder Fernandes and Uruguayan forward Cavani that the visitors simply had no answer to.

United took a ninth-minute lead with a well-crafted goal. Paul Pogba's clever turn and pass to Cavani resulted in an inviting pass to Fernandes who expertly chipped past the advancing Lopez.

Six minutes later, though, Roma was awarded a penalty when Pogba slid recklessly into tackle Rick Karsdorp, with the full back's shot striking the outstretched arm of the Frenchman and Lorenzo Pellegrini drilled home the equalizer from the spot.

It got worse for United in the 34th minute when their former midfielder Henrikh Mkhitaryan fed Pellegrini in the inside left channel and the Italian's low cross was turned in by ex-Manchester City striker Edin Dzeko.

Roma coach Paulo Fonseca's inability to freshen up his side from the bench in the second half proved decisive, however, as they wilted in the face of a determined United.

Cavani fired the home side back on to level terms three minutes after the interval with a fine first-time strike after being slipped in by Fernandes following a swift break.

The Uruguayan completed the turnaround with a simple tap-in after Roma substitute keeper Antonio Mirante failed to hold on to a low shot from Aaron Wan-Bissaka.

Fernandes made it 4-2 from the spot after former United defender Chris Smalling had clattered into Cavani and Pogba headed in the fifth from, inevitably, a Fernandes cross.

There was still time for substitute Mason Greenwood to join in the fun with a confident finish after he was played in by the irrepressible Cavani.

In the other match on the night, Villarreal claimed a narrow advantage in its Europa League semifinal against Arsenal with a 2-1 home victory in the first leg, although they will feel frustrated at letting the London club off the hook.

First-half goals by Manu Trigueros and Raul Albiol put the Spanish club in command and it looked bleak for the visitors when Dani Ceballos was sent off just before the hour mark.

Arsenal was rocking and needed keeper Bernd Leno to avoid it slipping further behind but it was thrown a lifeline when Nicolas Pepe converted a 73rd-minute penalty.

But the tie remains delicately balanced ahead of next week's return in London.