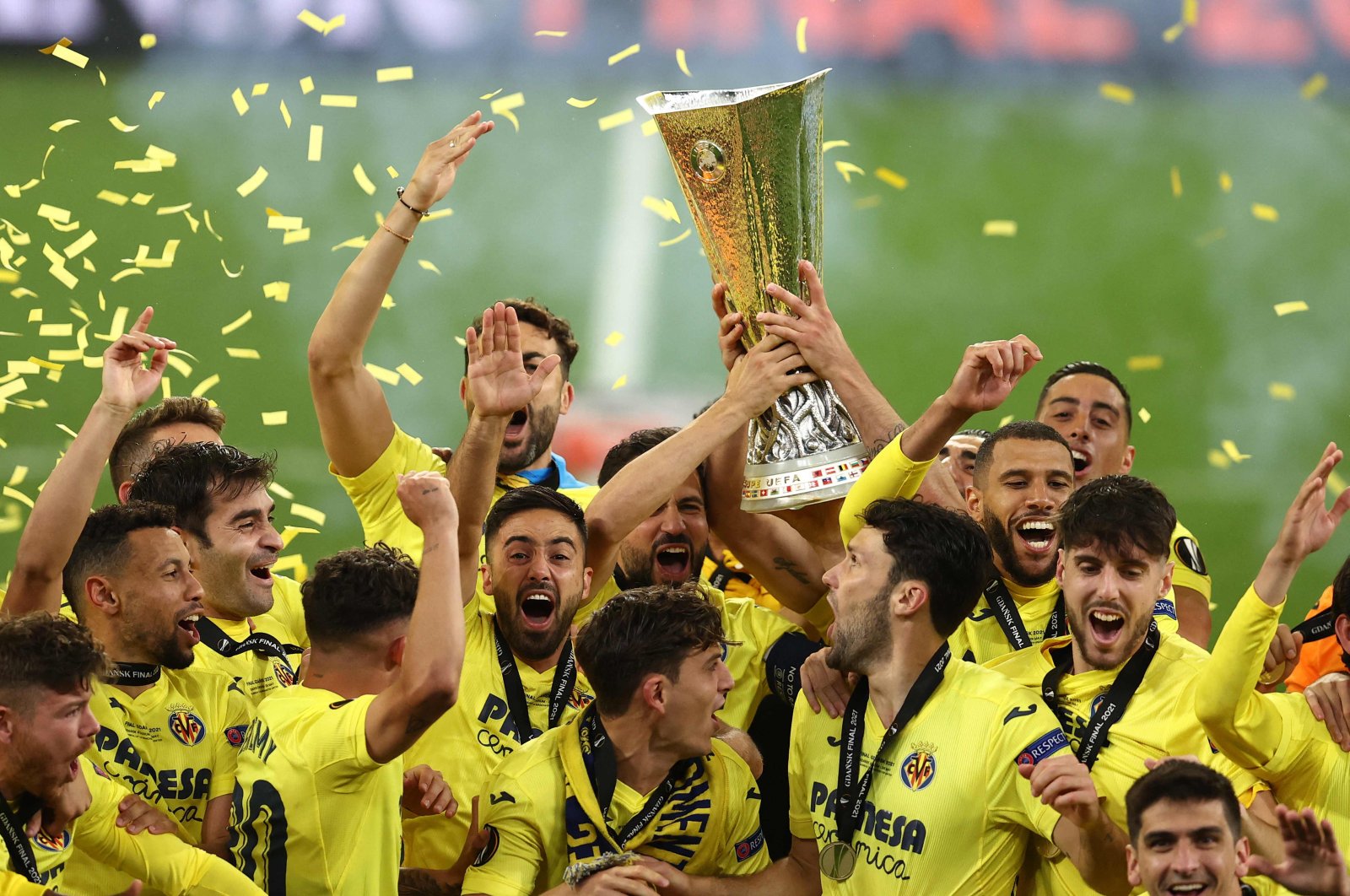 After the regular and extra time ended in a 1-1 draw, United's goalkeeper David de Gea missed the decisive spot-kick in the remarkable shootout.

"It's a disappointed dressing room. That's football for you. Sometimes it's decided on one kick – and that's the difference between winning and losing," said United boss Ole Gunnar Solskjaer.

"We have to learn from it, taste this feeling and make sure we don't get it again."

Villarreal midfielder Francis Coquelin was delighted that the victory also led to a place in next season's Champions League.

"It feels really good. To play against a very good side like Manchester United, we knew it would be tough," Coquelin told BT Sport.

"We didn't manage to get to the Champions League through the league so to get it through the Europa League is something special – and a first title for the club as well – something amazing."

De Gea started ahead of Dean Henderson in goal, while Paul Pogba took up a more orthodox midfield role as Fred was only deemed fit enough for a spot on the bench.

An early collision between Juan Foyth and Pogba left the former Tottenham defender bloodied but both sides were slow to click into gear on a damp and chilly night on the Baltic coast.

Carlos Bacca's clever rabona cross created an opportunity for Pau Torres, the center back linked with a summer move to United, while Marcus Rashford tested Geronimo Rulli with a dipping effort from distance.

Yeremy Pino, who at 18 years and 218 days broke Iker Casillas' record as the youngest Spanish player to start a major European final, scuffed wide on the counter, but Villarreal was soon ahead.

Dani Parejo swung in a free kick from the left and Moreno peeled away from Luke Shaw and Victor Lindelof, steering beyond De Gea as the Swede desperately tugged at his shirt.

But it also sparked a reaction from United, as a battling Scott McTominay watched his shot deflected over before Mason Greenwood burst into the area and sent in a fizzing cross that Raul Albiol nearly diverted into his own net.

Another Parejo set-piece caused panic in the United box right after half-time, Manu Trigueros crossing back towards goal before the ball was scrambled clear with Moreno and Carlos Bacca lurking dangerously.

Alfonso Pedraza was perhaps fortunate no further action was taken when he appeared to catch Greenwood in the Villarreal area, although United benefitted from a slice of luck to level.

A headed clearance at a corner dropped to Rashford, whose dragged volley ricocheted into the path of Cavani to stab home with Rulli unable to recover after anticipating the initial shot.

It was the Uruguayan's sixth goal of the competition this season, all coming in his past four matches, and one that handed United the momentum.

Bruno Fernandes drilled wide as Cavani tried in vain to readjust with the ball flashing by, and the striker then headed straight at Torres from Shaw's miscued shot.

United continued to dominate possession as Villarreal soaked up the pressure, but the Spaniards remained a threat as Torres curled over at the end of normal time.

Weariness and a raft of substitutions slowed the tempo in the closing stages as the rain intensified with penalties almost inevitable.

The first 21 penalties were successfully converted before De Gea had his attempt palmed away by Rulli as United lost for the sixth time in seven shootouts, handing Emery a record fourth Europa League crown.