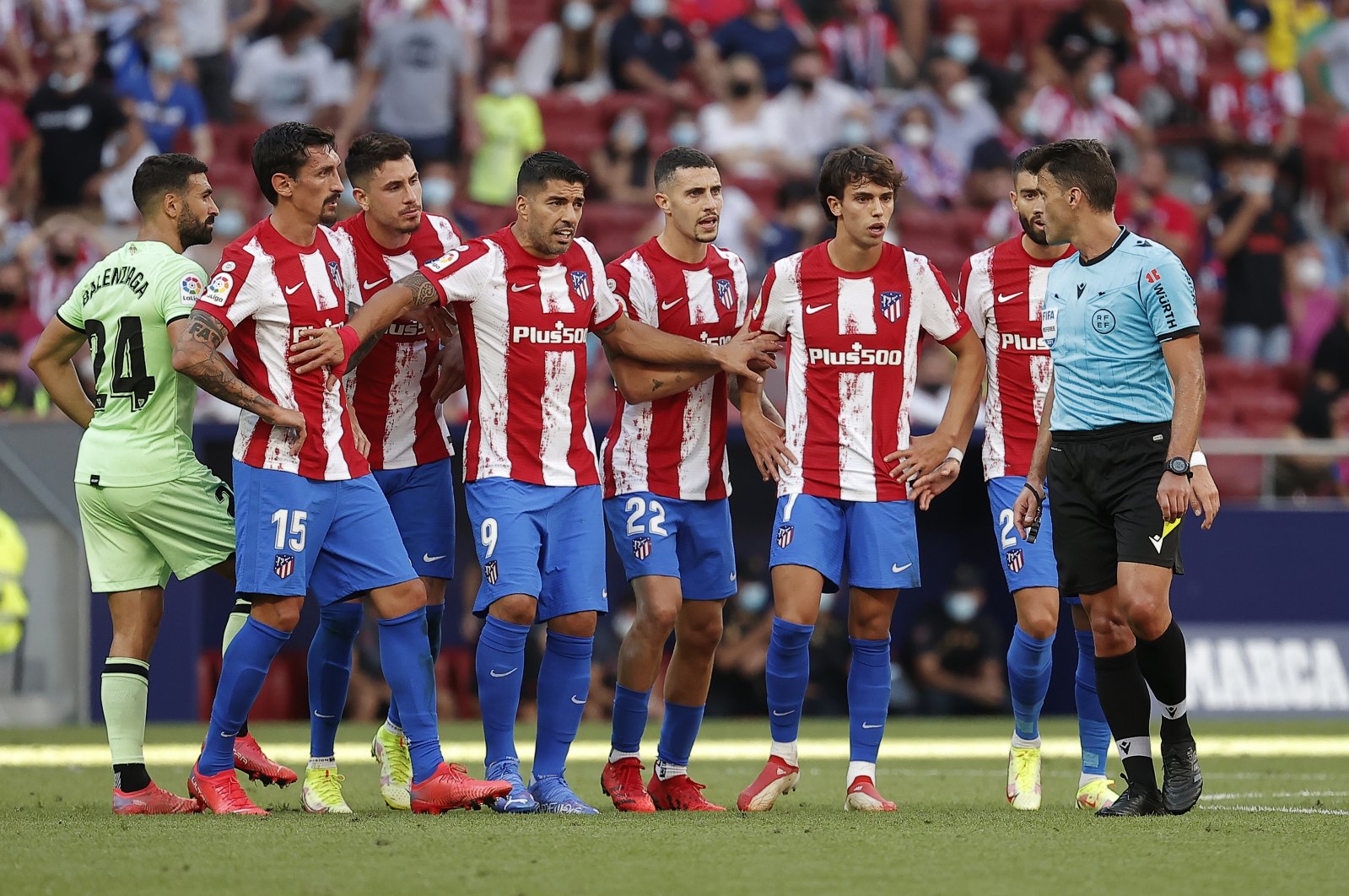 A 10-man Atletico Madrid was held by Athletic Bilbao on Saturday after the La Liga champion saw its Portugal forward Joao Felix sent off and Antoine Griezmann drawing yet another blank in a bad-tempered contest.

Griezmann started ahead of Luis Suarez but was replaced by the Uruguayan after 55 minutes at the Wanda Metropolitano without registering a shot on target.

Felix came on too as Atletico chased a winner, only to be shown a second yellow card for dissent, the 21-year-old lashing the ball into the crowd in frustration.

The ball hit an Atletico supporter, who did not appear seriously hurt but left the stadium.

The stalemate is Atletico's second in four days after Wednesday's draw at home to Porto in the Champions League, suggesting Diego Simeone is still to find a formula that makes the best use of his wealth of attacking options.

It has nine points, two fewer than its opponents.

Atletico was raging at referee Jesus Gil in the latter stages and after the final whistle, a cluster of players picking up yellow cards for their protests.

Felix has cut a frustrated figure this year, unable to justify his 126 million-euro ($147.75 million) price tag, while Griezmann has made three appearances since his return from Barcelona but is yet to make an impression.

The Frenchman was whistled midweek by his own fans and while the reception was slightly warmer this time, he gave little for the Atletico supporters to cheer about.

Griezmann went closest after 57 seconds, when he darted to the front post but his shot flew over, and then he controlled another cross shortly after but was unable to put power into the finish.

Inaki Williams volleyed over shortly before halftime and then had the best chance of the match to put Athletic in front, stealing the ball away from Jose Gimenez and racing clear. With only Jan Oblak to beat, Williams sidefooted wide.

Simeone introduced Suarez, Yannick Carrasco, Hector Herrera and Felix around the hour and Carrasco released Suarez but he got the ball stuck under his feet.

When Marcos Llorente crashed a shot against the post, Atletico had a headwind behind it, only for Felix to boil over.

The Portuguese had his shirt pulled back by Unai Vencedor but the free kick went Athletic's way, much to the dismay of Felix. He shouted at the referee, tapped his finger against his temple and watched a second yellow card go up.

Athletic should have won it late on but Asier Villalibre blazed high with only Oblak to beat.

Atletico was fuming when Gil blew for the final whistle with Carrasco sent clear, but the six minutes of stoppage time were up.

Elsewhere, former Atleti striker Radamel Falcao had earlier rolled back the years in a dream debut for Rayo Vallecano as the 35-year-old scored in a 3-0 victory over Getafe.

Falcao came off the bench for Randy Nteka in the 71st minute and scored in the 82nd before saluting the ecstatic home fans at Vallecas.

The Colombian latched on to a through ball into the right channel from Pathe Ciss and fired a sizzling shot past David Soria and into the far corner.

Falcao has returned to Spain eight years after he joined Monaco from Atletico Madrid, where he became one of the world's deadliest strikers and won the Europa League, as well as the Copa del Rey.

But injuries have curtailed his form since and after scoring 19 goals in 34 league games for Galatasaray across two stop-start seasons, he was released, allowing Rayo to make its move.

Rayo is back in Spain's top flight after being promoted last term and has made an encouraging start, the win over Getafe giving it seven points from its first five games.