What about Mbappe's future at PSG now that Messi is here? 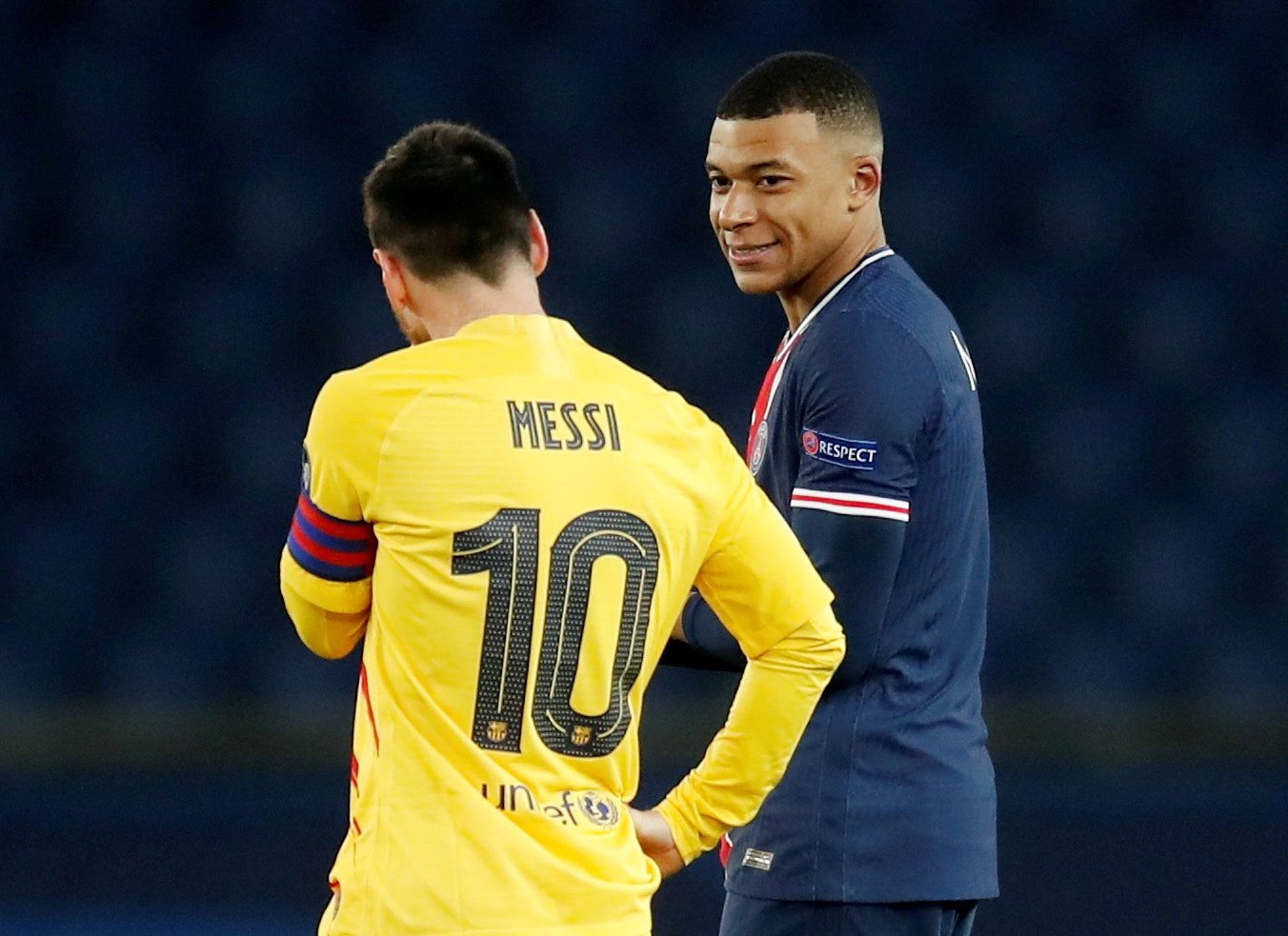 Argentine superstar Lionel Messi has been reunited with his old Barcelona teammate Neymar in an all-star attack at Paris Saint-Germain, but the question now is whether the arrival of the Argentinian superstar could actually push Kylian Mbappe out of the French giants.

PSG's plan is to have the three forwards playing together in an all-star attack that they hope can finally win them the Champions League, yet Mbappe's long-term future remains a source of doubt.

Messi has just penned a two-year contract worth a reported 35 million euros ($41 million) a year with the option of a third season.

Mbappe, in contrast, is out of contract at the end of this season and is a long-time target for Real Madrid.

"Mbappe is possible," said the headline on the front of Madrid-based sports daily AS on Tuesday.

"The arrival of Messi at PSG pushes Mbappe aside and paves the way for his arrival in Madrid."

Mbappe has refused to rush into a decision over his future, leaving PSG in something of an awkward situation.

They are not considering selling him but nor do they want to see a player who cost 180 million euros ($211 million), the second-highest transfer fee in history, leave for free when his contract expires next June.

"Everyone knows that I am deeply attached to this club," Mbappe said in an interview with broadcaster Canal Plus in May.

"But I want to feel that I am in a place where I really can win, where there is a project in place to do that."

When asked about Mbappe's future at Messi's unveiling on Wednesday, PSG's Qatari president Nasser al-Khelaifi insisted that the France striker was now in the best possible place to fulfill his Champions League ambitions.

"He has no excuse for doing anything other than staying."

They look stronger than ever in all areas of the pitch, but might Mbappe feel that he will have to give up too much of the limelight by staying in Paris now that Messi has arrived?

Mbappe wants to be the number one. After all, he is the only member of PSG's front line to have won the World Cup.

The former Monaco player has been the top scorer in Ligue 1 in each of the last three seasons, with 27 in the last campaign.

While Neymar took to Instagram to welcome Messi to the Parc des Princes following his shock signing for the Qatar-owned outfit, there was no such public reaction from Mbappe.

That may not mean anything, but for PSG it is true that, given his age, Mbappe represents the future and is seen as the natural heir to an aging Messi as the prominent player in world football.

Messi's arrival in Paris is further confirmation of the changing balance of power in the European game, away from the traditional elite like Madrid and Barcelona to PSG, Manchester City and Chelsea, clubs with the wealth of Gulf states or oligarchs behind them.

But Madrid sees Mbappe as the man to lead them back to the summit of European football, three years on from the departure of Cristiano Ronaldo.

Mbappe, while a native Parisian, has always been drawn to the Spanish giants, who already showed interest in signing him when he was a fresh-faced teenager.

Real needs a new talisman too.

Ronaldo has long since gone while this summer has seen center-backs Ramos and Raphael Varane depart. Their remaining superstar upfront, Karim Benzema, will be 34 in December.

They are hoping that PSG will be open to offers now, or that Mbappe will run down his contract and join them next season.