Why always him?: Balotelli taunts Beşiktaş’s Yalçın for comment made 8 years ago 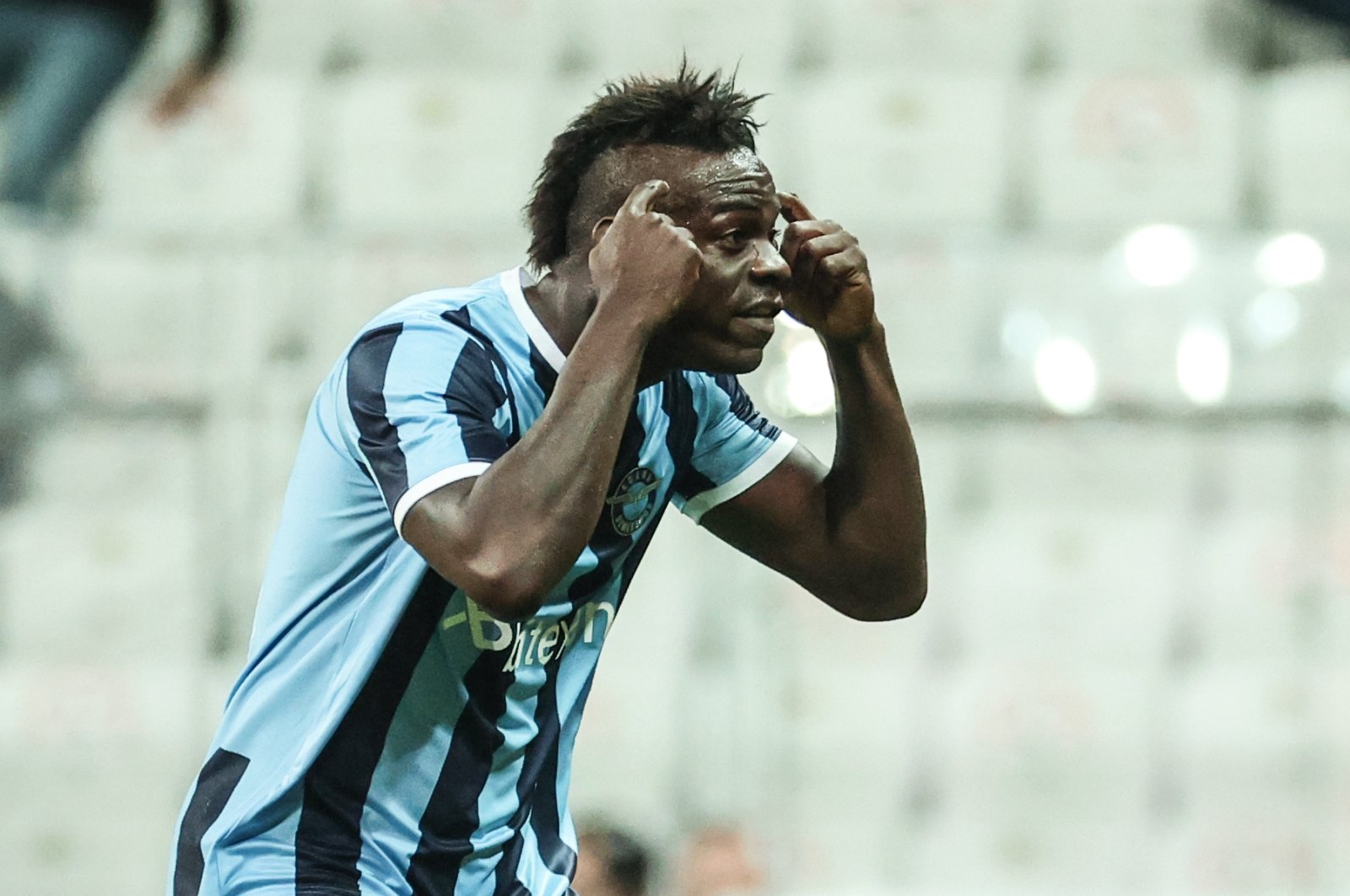 If you made a list of the most divisive footballers of the last two decades, Mario Balotelli would top that list any day of the week. Wherever Balotelli goes, controversy follows.

The man has made more headlines for his on and off-the-field antics, rather than his performance.

There is no question about his footballing ability, though, which has seen him make short but entertaining stints at some of Europe’s biggest clubs, like Inter Milan, Manchester City, Liverpool and AC Milan.

Even in the twilight years of his career at Süper Lig newcomer Adana Demirspor, Balotelli carries the element of surprise.

Take his second goal against champion Beşiktaş on Tuesday, for instance. There are not many strikers in Europe who would have the audacity to try anything like that. It was a brilliant strike that fully justifies why Balotelli fans lovingly call him the “Super Mario.” However, what followed after was a classic act right out of the Balotelli playbook. After the goal in the 79th minute, the Italian ran up to the opponent’s dugout, looked coach Sergen Yalçın in the eyes, and pointed to his own head.

As the cameras panned on a dumbfounded Yalçın, he was still searching for answers to what just happened.

Apparently, he just got served the “cold dish of revenge” for a comment he made way back in 2013.

Speaking as a football pundit, Yalçın had said the Italian striker “has no brain,” while commenting on an infamous open-goal miss.

Balotelli clearly does not forgive, nor does he forget.

Though he picked up a yellow card for that celebration, Balotelli then went on to assist a third to help Adana come back from 3-0 down to draw 3-3.

At the final whistle, he walked up to the Beşiktaş dugout and made some comments, before walking away with a smirk on his face, leaving in his trail two seething groups of technical staff going at each other.

His celebration also divided Turkish social media in two. One group, mostly made of Adana Demirspor supporters, said Yalçin had no right to talk about a footballer that way, while the other group accused Balotelli of being disrespectful and unprofessional.

However, one thing is for sure, fans can expect more Balotelli antics in the days to come, and his presence will surely add some flair to the Turkish Süper Lig. After all, how many people set off fireworks in their own bathtub?