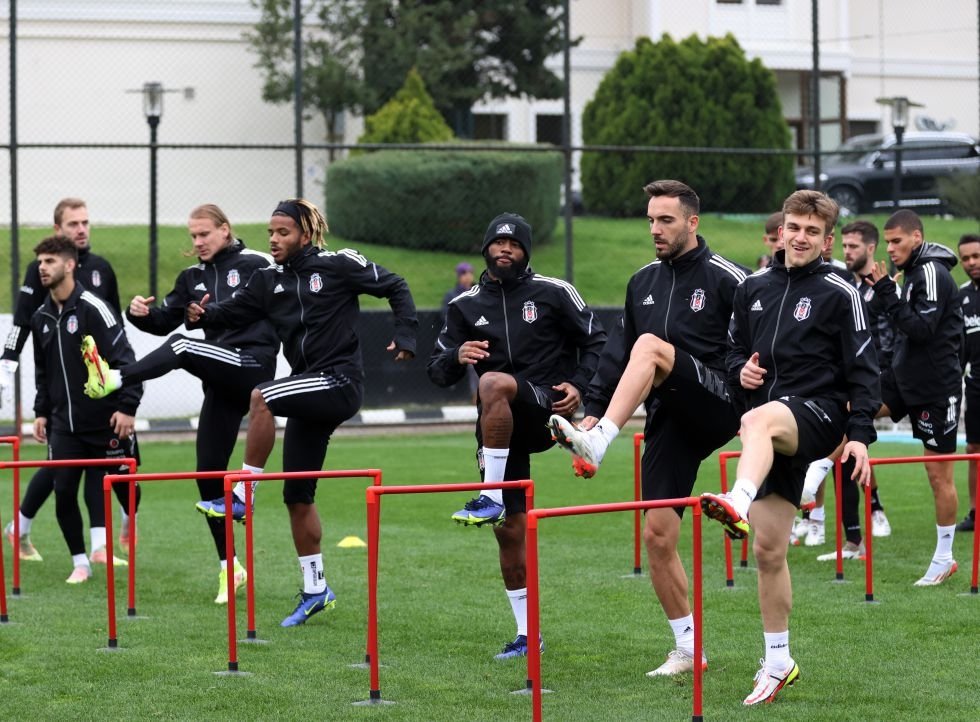 Beşiktaş hosts a high-flying Ajax side in Istanbul on Wednesday as the Turkish powerhouse looks to salvage some respect in its hapless Champions League campaign this season.

After the first half of the group matches, the Black Eagles are reeling at the bottom of Group C with no wins, draws, or points.

Beşiktaş lost the opening encounter against Dortmund 2-1, before losing 2-0 to Ajax. It was then handed two heavy defeats, 4-1 and 4-0, by Sporting Lisbon.

Ajax, on the other hand, is topping the group with four wins in four outings. It outplayed Sporting 5-1, humbled Dortmund 4-0 and 3-1.

On Wednesday, Beşiktaş will be wary of in-form striker Sebastien Haller, who currently has seven goals to his name in the Champions League this season, just one shy of top scorer Robert Lewandowski of Bayern Munich.

The Süper Lig champion will be without Brazilian midfielder Josef de Souza, who was sent off in the last match against Sporting.

Borussia Dortmund will be without both Mats Hummels and Erling Haaland when it heads to Portugal for Wednesday's potential Champions League Group C decider against Sporting Lisbon.

Level on points with two games to play in the group stage, Sporting and Dortmund meet in a clash which could decide which of them joins group leader Ajax in the knockout stages.

Yet Dortmund will be deprived of two of its best players in Hummels and Haaland as it looks to steer the Champions League campaign back on course after back-to-back defeats.

Veteran defender Hummels is suspended after he was controversially sent off in Dortmund's 3-1 defeat to Ajax three weeks ago.

The club had said it would appeal the red card, but coach Marco Rose admitted last week that he did not expect the 2014 World Cup winner to be available.

Haaland, meanwhile, has been out for the last four weeks with a hip injury.

Rose's side heads to Lisbon in good spirits, having moved to within a point of Bayern with a narrow win over Stuttgart at the weekend.

Sporting has had longer to recover since its 2-1 cup win over Varzim last Thursday.

The victory was its ninth in a row in all competitions, a run that goes back to its last meeting with Dortmund, a 1-0 defeat in Germany in September.

Donyell Malen, who scored the winner for Dortmund in that game, is likely to lead the line again on Wednesday in Haaland's absence.

The 22-year-old Dutch talent is in good form, having netted his first Bundesliga goal with a blistering strike against Stuttgart on Saturday.

Elsewhere, a win for Paris Saint-Germain in its heavyweight meeting at Manchester City on Wednesday would secure the French team a place in the last 16.

Its away form has been concerning, though. In contrast to winning every game at its Parc des Princes home this season, PSG has drawn away to Club Brugge and Leipzig in the Champions League and lost at Rennes in the French league.

With Lionel Messi fit, PSG will always have a great chance of victory and the Argentina star will be boosted by scoring his first goal in Ligue 1 in the win over Nantes on Saturday.

Messi already has three goals in the Champions League – including one in the home win over City. City is on nine points, one more than PSG, in Group A. Third-place Brugge is a further four points back.

In another European highlight, Spanish champion Atletico Madrid will host Italian heavyweight AC Milan in a Group B clash.

Atletico is reeling in third place with just four points but a win can help it overtake second-placed Porto, who faces group leader Liverpool.

Milan, in comparison, will be looking for a first win after making a less than impressive return to the Champions League.

No Hazard, Bale for Madrid

Real Madrid will be without forwards Eden Hazard and Gareth Bale for its match at Sheriff Tiraspol.

Manager Carlo Ancelotti said Saturday Hazard was suffering from gastroenteritis, while Bale picked up a knock last week while on international duty with Wales.

Both players missed Sunday's 4-1 league win at Granada, which moved it a point clear at the top.