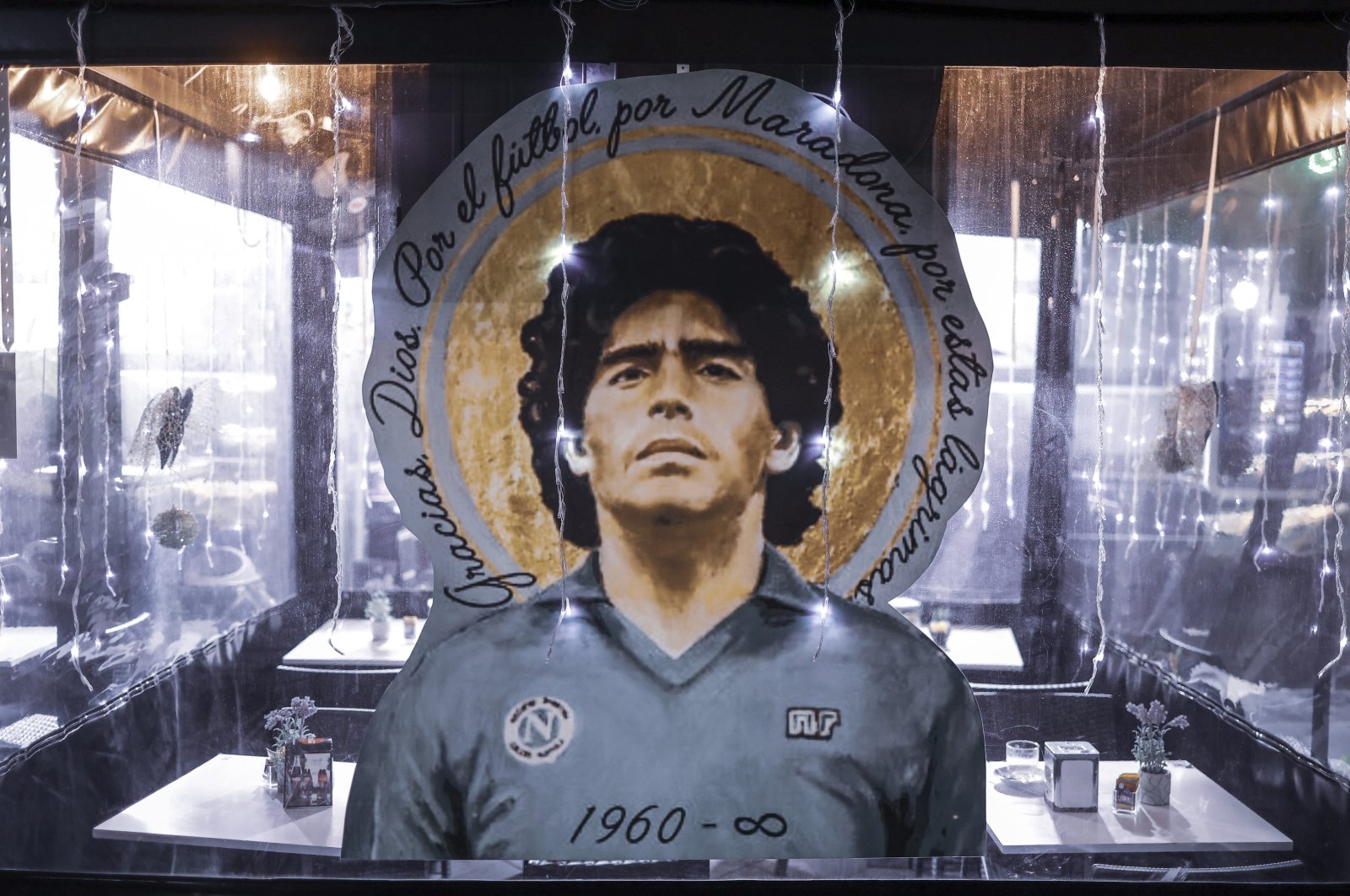 One of football's most iconic and controversial stars, Diego Maradona will be best remembered for leading Argentina to the 1986 World Cup but was also known for his lifestyle and battle with cocaine, alcohol addictions

Argentine footballing legend Diego Armando Maradona, one of the sport's most iconic characters, was remembered across the world on the one-year anniversary of his death Thursday.

Regarded by some as the best player of all time and a man adored in his home country Argentina despite, or perhaps because of, his human flaws.

Argentine club matches are to mark a minute of silence and players will arrange themselves in a "10" formation on the pitch to honor Maradona's famous jersey number, while special masses will be held – including in the Buenos Aires slum where Maradona grew up, to mark the day he passed away.

In Naples, where he spent part of his career, two statues for the striker are set to be unveiled.

"We'll miss you for the rest of our lives," said the Argentine Football League in homage on the eve of the anniversary, with a video of the life, goals, and many trophies of the man nicknamed "Pibe de Oro" (Golden Kid).

Maradona died of a heart attack last November at the age of 60, weeks after undergoing brain surgery for a blood clot.

The former Boca Juniors, Barcelona and Napoli star had battled cocaine and alcohol addictions for years and was suffering from liver, kidney and cardiovascular disorders when he died.

His death shocked fans around the world and tens of thousands queued to file past his coffin, draped in the Argentine flag, at the presidential palace in Buenos Aires during three days of national mourning.

He may be dead, but in Argentina Maradona is everywhere.

From ubiquitous mural frescos that portray him as a deity to television series about his life and even a religion bearing his name.

His two goals in the 1986 World Cup quarterfinals, which saw Argentina triumph over England just four years after the Falklands War, made Maradona an instant hero.

In the cities, Maradona's name is memorialized in countless graffiti: "Diego lives," "10 Eternal" and "D10S" – a play of words with the Spanish word for god, "Dios," and Maradona's famous jersey number.

Murals in Buenos Aires depict him with angel wings, as a patron saint complete with halo and scepter, or back here on Earth, kissing the World Cup.

Maradona is perhaps remembered as much for his "Hand of God" goal – which illegally came off his hand in what he ascribed to supernatural intervention – as for his second in the same match against England which would later become known as the "Goal of the Century."

These extremes – "a virtuous goal and a sinful goal" that also reflected Maradona's conflicted life of virtue and vice – help explain people's fascination him, according to Latin American columnist Eduardo Galeano.

The "Hand of God" goal, he said, transformed Maradona "into a sort of tarnished God; the most human of Gods."

For historian Felipe Pigna, Maradona is "a hero with many imperfections" – a mixed bag of qualities that reflects "what it means to be Argentinian."

An investigation into the star's death was opened following a complaint filed by two of Maradona's five children against neurosurgeon Leopoldo Luque, whom they blame for their father's deteriorating condition after surgery.

A panel of 20 medical experts convened by Argentina's public prosecutor concluded in April that Maradona's treatment was rife with "deficiencies and irregularities" and said his medical team had left his survival "to fate."

The case is closely followed by a nation transfixed, competing for headline space with the court case of an inheritance dispute involving two of Maradona's daughters.

Adding to the floor-to-floor news coverage, this week, a Cuban woman who had an affair with Maradona as a minor 20 years ago, accused him and his entourage of abuse, including rape.

Maradona's second daughter Dalma, 34, has said she will not participate in any of the commemoration events Thursday for what she described as "the worst day of my life."

"A year after his death, Diego, a creator of happiness, continues also to cause suffering," the Argentine daily La Nacion said this week.

"Through the sadness over his death, because we loved him so much. And through the evidence of his self-destruction. The great contradiction between public happiness and private suffering."