Yılmaz on target but Ligue 1 champion Lille continues to falter 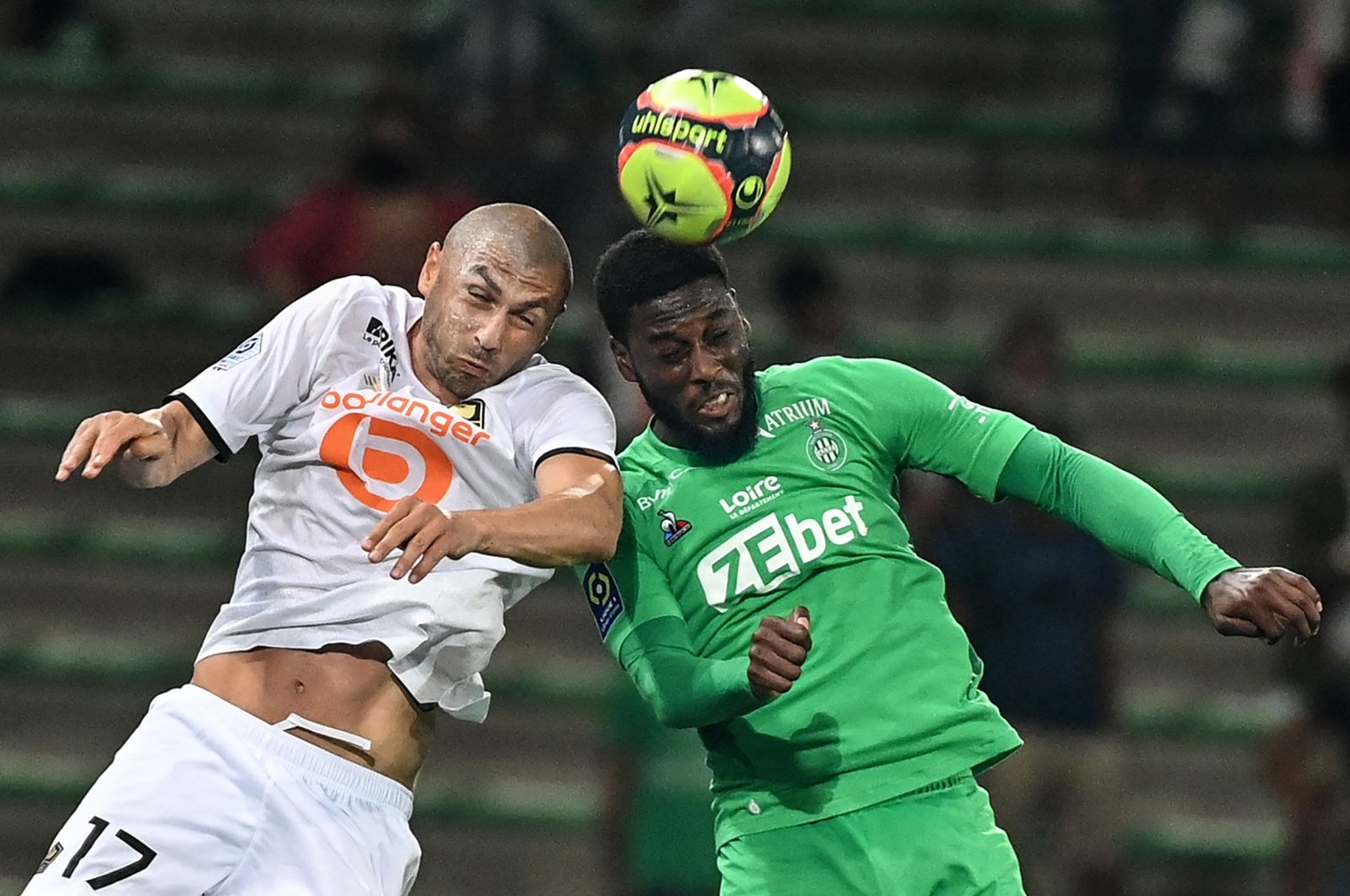 Ligue 1 champions Lille's winless start to the season stretched to three games after Turkish veteran Burak Yılmaz's early goal was canceled out by a late equalizer in a 1-1 draw at St. Etienne on Saturday.

After the opening 3-3 draw at Metz and a 4-0 home drubbing by Nice, Lille seemed to have got their title defense on track when Yılmaz, who was Lille's top scorer on its remarkable run to the title in May, gave the visitor the lead with a snap-shot late in the first half.

But the champion missed several chances to double its advantage as home goalkeeper Etienne Green pulled off three good saves before Saidou Sow leveled with a towering 86th-minute header off the underside of the bar.

In the day's afternoon fixture, Lens piled the pressure on Monaco manager Niko Kovac as the principality side continued their poor start after both teams finished with 10 men.

The result lifted Lens up to fourth on five points from three games after their first league win of the season while Monaco dropped to 18th with one point following a second successive defeat.

With one eye on Wednesday's Champions League playoff round return leg at Shakhtar Donetsk, where Monaco aims to overturn a 1-0 first-leg deficit, Kovac fielded a makeshift side as he left several regular starters on the bench.

Ganago fired Lens into a 51st-minute lead when he robbed Strahinja Pavlovic of the ball and powered his shot past Alexander Nuebel, as the home side's stand-in keeper got a hand to the ball but could not keep it out.

Lens had Cheick Oumar Doucoure red-carded on the hour for a studs-up challenge on Krepin Diatta before Monaco's Russian forward Aleksandr Golovin followed in his footsteps in the 85th minute for a rash tackle on Banza.

The late substitute sealed his team's victory after another calamitous defensive error by Monaco, with left back Caio Henrique giving the ball away to Przemyslaw Frankowski who squared the ball to Banza for a simple finish.