Gymnasts in Tokyo show how Olympics can pass coronavirus challenges 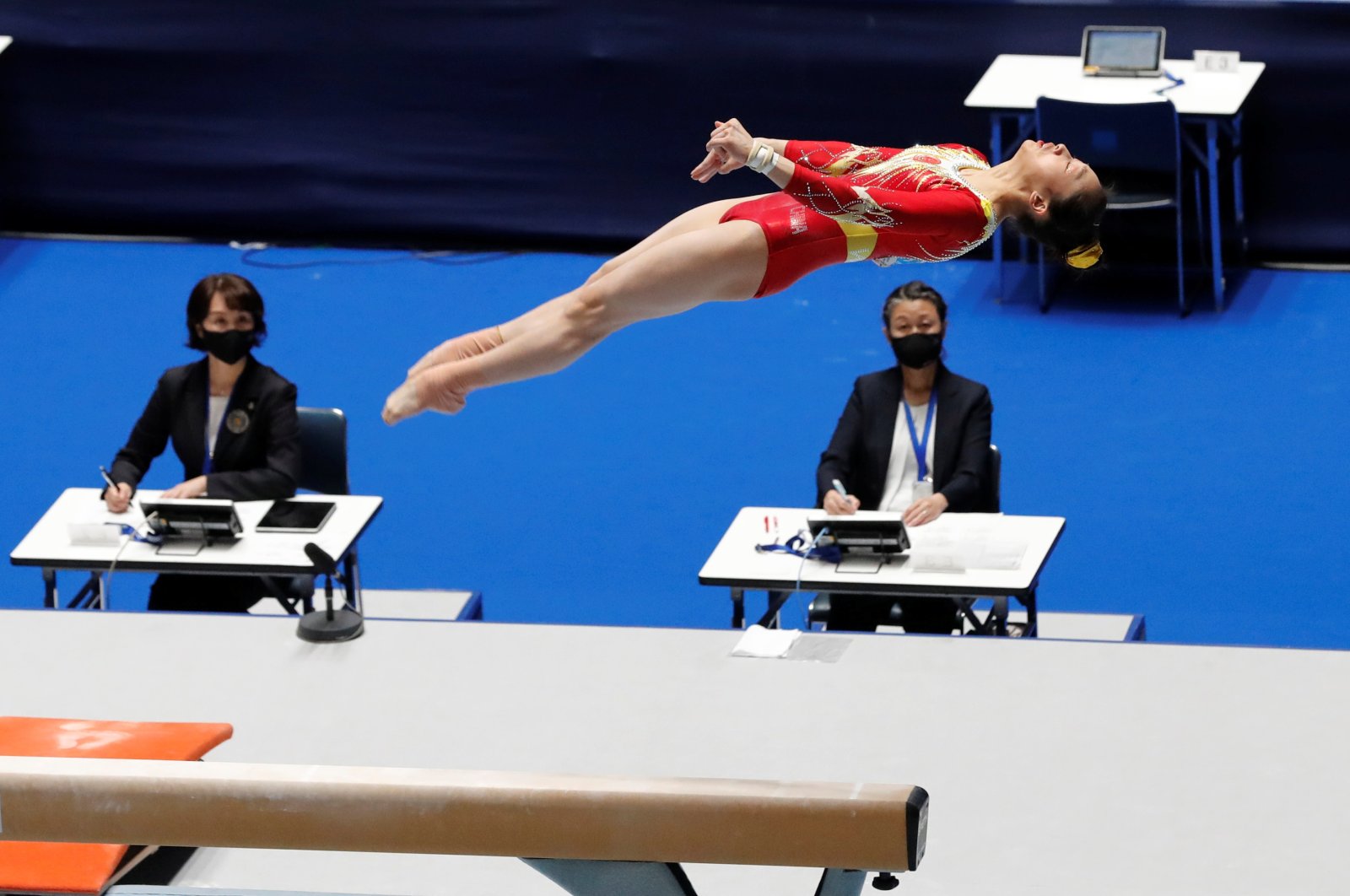 Gymnasts from four nations tumbled, leaped and spun their way through a friendly meet in Tokyo on Sunday in a closely-watched event aimed at showing the world Japan can safely carry out the postponed 2020 Olympics in an era of coronavirus.

Thirty gymnasts from Japan, the United States, China and Russia, including Japan's triple Olympic gold medallist Kohei Uchimura and Russia's 2019 World Champion Nikita Nagornyy, took part in the first international event at a Tokyo Olympic venue since the Games' postponement in March due to the COVID-19 pandemic.

The one-off friendly event was seen as a crucial trial run for having international athletes travel to and compete in Japan during the Olympics, which will bring more than 11,000 athletes to Tokyo next July. A few international matches have been held recently, but they remain rare. An opening message from International Olympic Committee (IOC) head Thomas Bach highlighted the stakes for the meet, which seemed briefly threatened last week when Uchimura had what turned out to be a false positive virus test.

Lauding the "Olympic values" of friendship and solidarity – the names of teams into which the athletes were divided regardless of country or gender – Bach said the meet played a crucial role. "You are also setting an example that sport can be organized safely even under ongoing health restrictions," he said in a video message. " ... Giving us confidence in our preparation for future events, in particular of course with an eye to the postponed 2020 Tokyo Olympic Games."

Spectators at the venue, designed by Kenzo Tange for the 1964 Tokyo Olympics, clapped enthusiastically but didn't cheer, mindful of posted rules against it – except when Uchimura, who hadn't competed internationally for two years due to injury, completed an electrifying horizontal bar routine.

Several athletes, including Uchimura, said it was "just plain fun" to get to a meet after such a long gap. Uchimura, whose "Solidarity" team edged "Friendship" to win, said the meet went beyond sport. Symbolically, athletes from each team awarded each other medals. "It's important to work towards the Olympics next year, but we must also be athletes who give you hope and dreams," Uchimura said.

Gymnasts, tested daily for the virus, all wore masks as they marched into the gymnasium behind national flags, and there were fist bumps of congratulations instead of hugs or high fives. Coaches were masked at all times. The 2,000-some spectators had temperature checks and occupied every other seat. All were misted with disinfectant at the entrance. A handful of demonstrators outside called for the Olympics to be canceled, but spectators shrugged them off. "I'll do everything to cooperate because I really want this to succeed," said beautician Kanako Utsumi, 43. "It's really important for the athletes – and the Olympics."