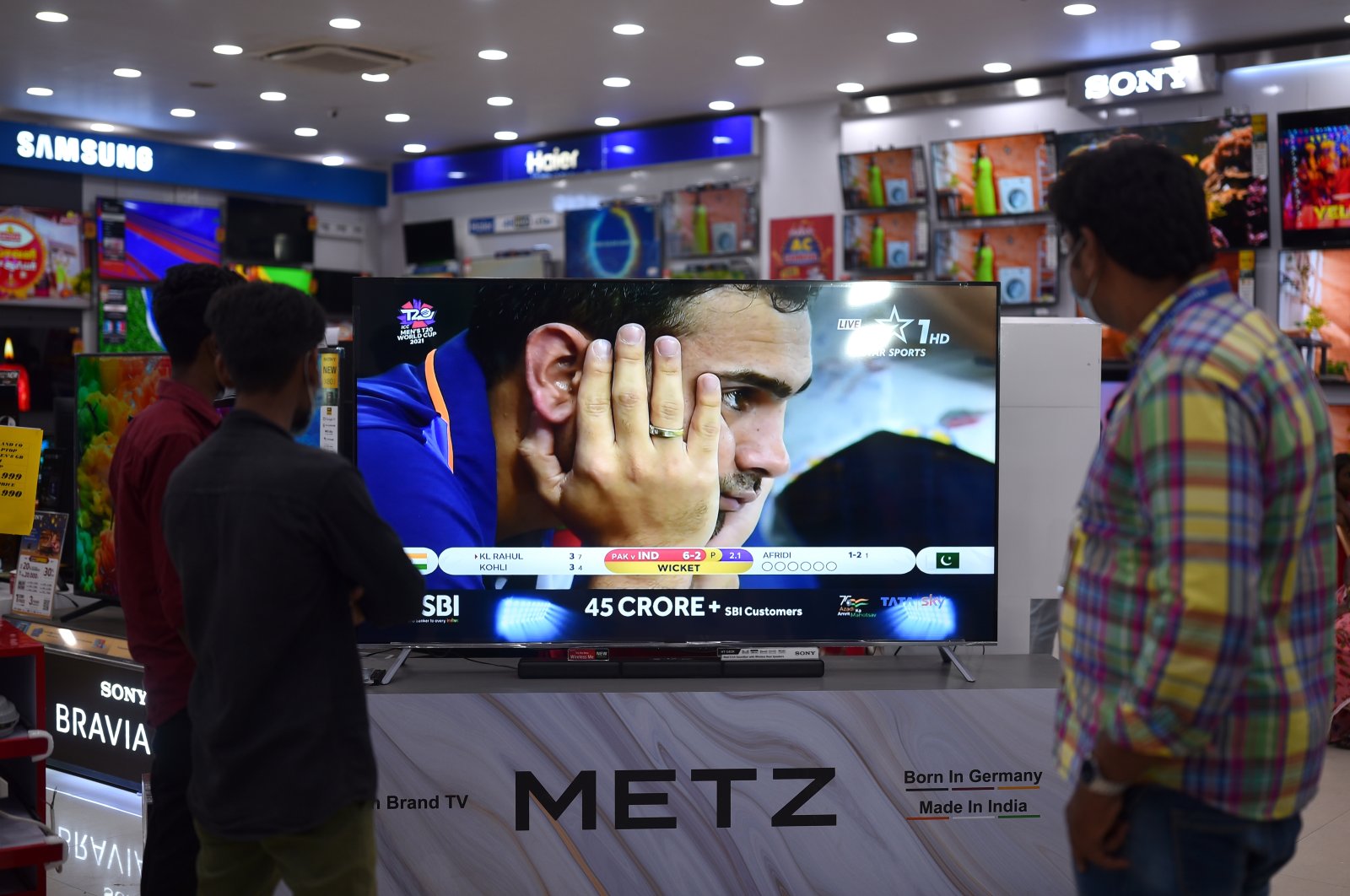 The case was lodged after right-wing Hindu nationalist groups barged into the Raja Balwant Singh Engineering Technical College demanding the arrest of the three students, according to press reports.

Also on Wednesday, teacher Nafeesa Attari was arrested in Udaipur in western India for posting "we won" on her WhatsApp status after Pakistan routed India in Dubai earlier Sunday. She was later released on bail.

Attari, who was also dismissed from her job, apologized for her conduct in a video message seen by AFP, saying she never intended to hurt anyone's sentiments.

"I am an Indian and I love my country. I love India as much as anyone else does. As soon as I realized I have made a mistake, I deleted my post," she said.

The Times of India said two more people were arrested for displaying pro-Pakistan slogans in the northern state of Uttar Pradesh.

The arrests came after police launched an investigation into several hundred students, who burst into celebrations in Kashmir following the T20 clash watched by millions across South Asia.

Anti-India sentiment is widespread and deep in Muslim-majority Kashmir, a Himalayan territory claimed in its entirety by both India and Pakistan.

Police are reportedly looking to book the "ringleaders" of the Kashmir celebration under harsh anti-terror legislation that allows suspects to be held for six months without charge.

Officers also detained for questioning six residents in the Jammu region of the territory after a video emerged on social media showing them supporting Pakistan's cricket team.

On Monday, a group of Kashmiri students in the northern state of Punjab reported being attacked after they celebrated Pakistan's victory.

Analysts say right-wing Hindu groups have been emboldened and that the space for dissent has shrunk since nationalistic Prime Minister Narendra Modi stormed to power in 2014.

Despite their mutual love for cricket, the nations' political enmity means they now only play against each other at international tournaments. Pakistan's win Sunday was its first in 13 attempts at a World Cup competition.

In the aftermath, celebratory gunfire erupted in the Pakistani cities of Islamabad and Karachi. India's only Muslim player, Mohammed Shami, was subjected to a storm of social media abuse.