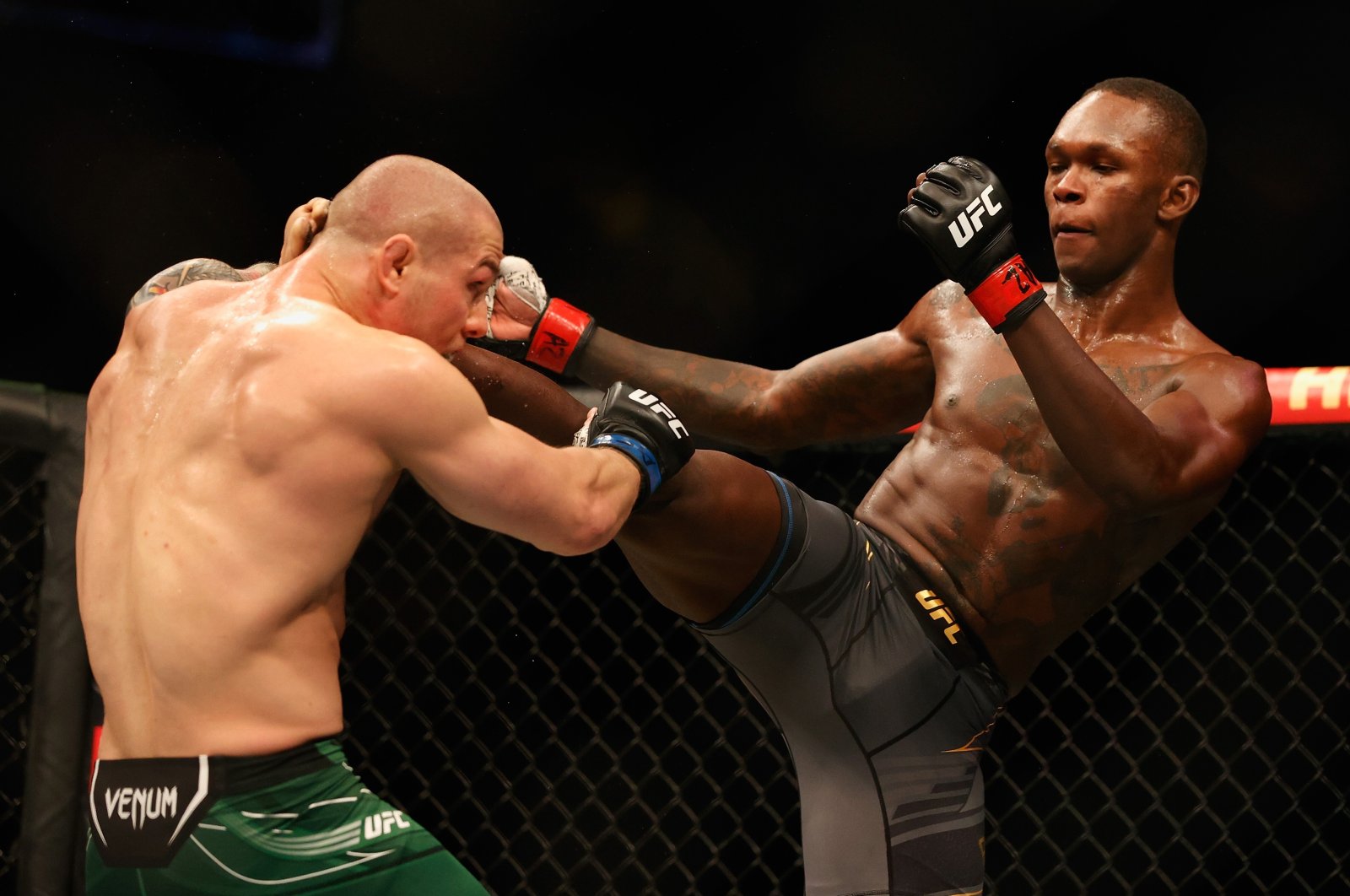 Adesanya, who is of Nigerian descent, was back to his brilliant best, defeating Vettori with a show of superior striking and defending.

It was a masterful return to form for the New Zealander on a wild night at the Gila River Arena that also saw the UFC crown its first-ever Mexican-born champion.

"I didn't feel any threat at all," said Adesanya, 31, after getting a comfortable unanimous decision.

Adesanya suffered the first loss of his MMA career in March after moving up a division and finding himself outmuscled.

But Saturday saw him down to a weight class where he is noticeably more comfortable. The Nigerian-born fighter's speed around the cage and his precision striking, with low kicks and jabs, was too much for Vettori from the first bell.

The Italian tried to use his bigger bulk to get Adesanya to the mat, but each time the New Zealander slipped out and got up to his feet again.

There were questions before the fight about the mental toll on Adesanya of his career's first defeat, and of the death last month of one of his close friends who was attacked on a night out in Auckland.

Adesanya dedicated the fight to his friend and laid his belt down in the middle of the cage in tribute.

Before Adesanya's masterclass, the 18,000-odd fans in attendance raised the roof when flyweight challenger Brandon Moreno laid on a rear-naked choke in the third round that saw Brazil's Deiveson Figueiredo first tap out and then hand over his belt to the Mexican.

Despite his nation's storied history across all combat sports, there has never before been a Mexican UFC champion and the 27-year-old Moreno broke down in tears as he spoke in the cage afterward.

"This moment is so amazing," he said. "I've worked my whole life for this. Viva Mexico!"

The pair had thrown up one of the fights of the year when they met at UFC 256 last December, across five rounds of mayhem that was called a majority draw.

Moreno left nothing to chance this time around, moving with speed and purpose at a high tempo.

Saturday night continued the UFC's rollout of live events for American fans as the United States emerges from pandemic lockdowns that shut down most action for a year.

The UFC described the Arizona event as a sellout, much like the open-to-the-public events in Jacksonville, Florida, and Houston, Texas.