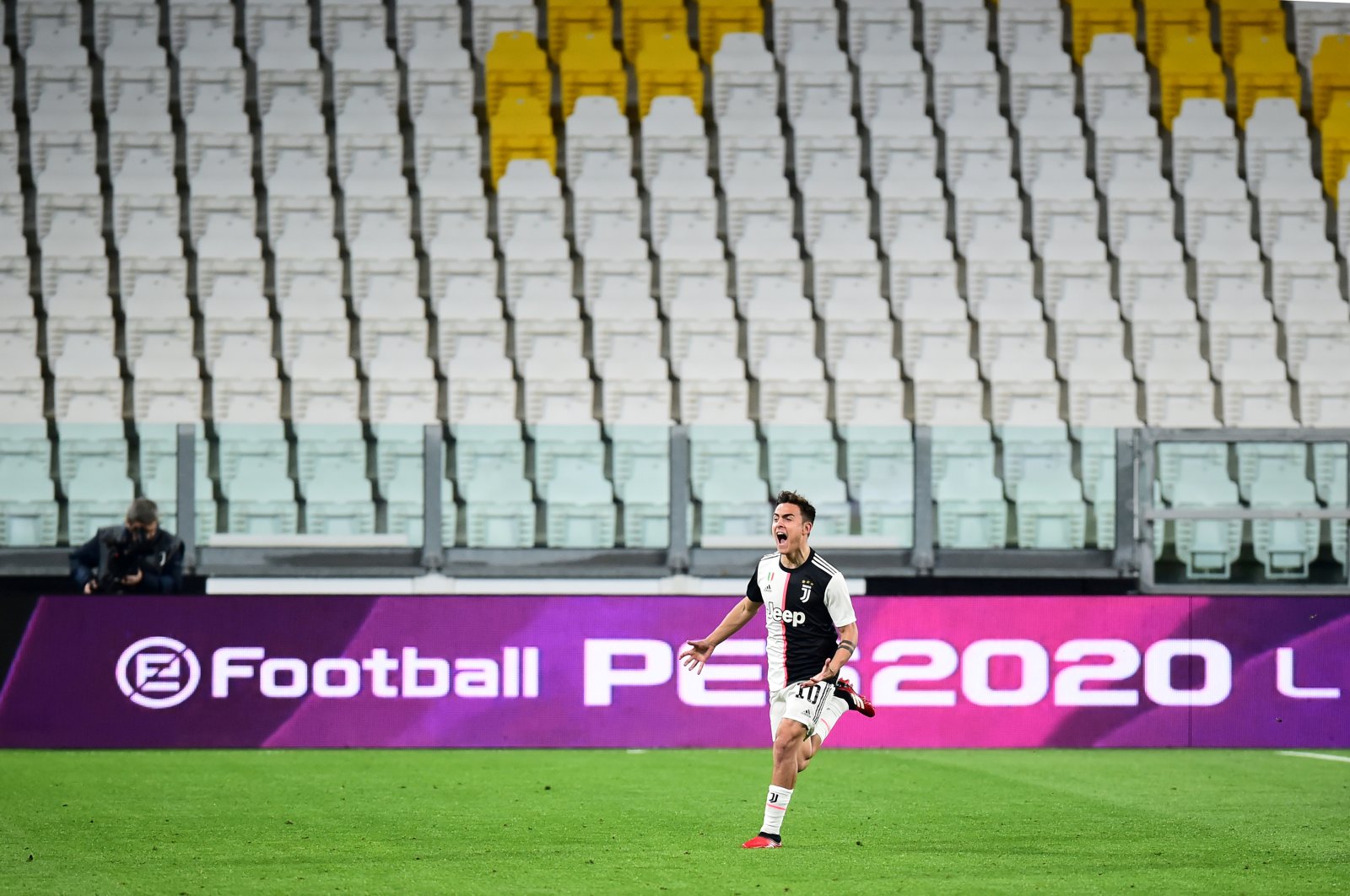 A suspension of all sporting events until April 3 was announced by Italian Prime Minister Giuseppe Conte Monday after the whole country was placed under quarantine to combat the coronavirus. A ban was also imposed on the top-flight Serie A football league.

The final Serie A game before the government announcement saw Sassuolo beat Brescia 3-0 behind closed doors in Reggio Emilia Monday.

After scoring his opening goal, Sassuolo striker Francesco Caputo held up a handwritten message on piece of paper, urging fans: "Everything will be fine. Stay at home."

A few hours later, the prime minister used similar words as he announced a countrywide lockdown.

"I am going to sign a decree that can be summarized as follows: I stay at home," Conte announced in a dramatic evening television address.

The unprecedented measures limiting travel and banning public gatherings across the country of more than 60 million people came after 97 more deaths took Italy's toll to 463.

The measures include the closure of schools, universities and the suspension of sports competitions.

"There is no reason why matches and sporting events should continue, and I am thinking of the football championship," said Conte.

"I'm sorry, but all the fans must take note of it; we will not even allow gyms to be used for sports activities," he added.

The decree allows the possibility of organizing matches under international jurisdiction behind closed doors, such as ties in UEFA's Champions League and Europa League.

Juventus is due to host Lyon in the second leg of its Champions League last 16 tie in Turin next week. Inter Milan is due to host Spain's Getafe in the Europa League on Thursday while Roma welcomes Sevilla a week later.

Earlier Monday, Italy's National Olympic Committee (CONI), which has authority over all national sports federations, had recommended "sporting activities at all levels" be suspended until April 3 to help contain the virus outbreak and called for a government decree to enforce the request.

The decree, which goes beyond sports and provides for draconian new measures to combat the coronavirus, will come into force on Tuesday throughout Italy, the country to be hardest hit by the virus after China.

Since Sunday, there had been growing calls to stop sports competitions and in particular, Serie A, with lower football leagues already paused.

Sports Minister Vincenzo Spadafora called for the suspension of Serie A while Italian Footballers' Association president Damiano Tommasi tweeted that "stopping football is the most useful thing for our country right now."

On Monday several Italian federations, such as those in swimming and winter sports, announced the end of competitive activities, joining rugby and volleyball which had been already suspended.

Serie A is now frozen after 26 games out of 38 in the season, with eight-time reigning champions Juventus leading the table one point ahead of Lazio. Inter Milan is third, nine points behind, with a game in hand.

Questions remain about getting the season finished. At least three rounds of matches will need to be rearranged after April 3 before the end of the season scheduled for May 24.

There is little room for maneuver because of Euro 2020 beginning on June 12. And there are also concerns that Euro 2020, due to be hosted across 12 countries including Italy, might face an unprecedented cancelation.

Serie A has not been canceled since World War II. In 1973, a cholera epidemic that left 227 dead in Italy, including more than 170 in Naples, did not stop "calcio" in the football-mad country.