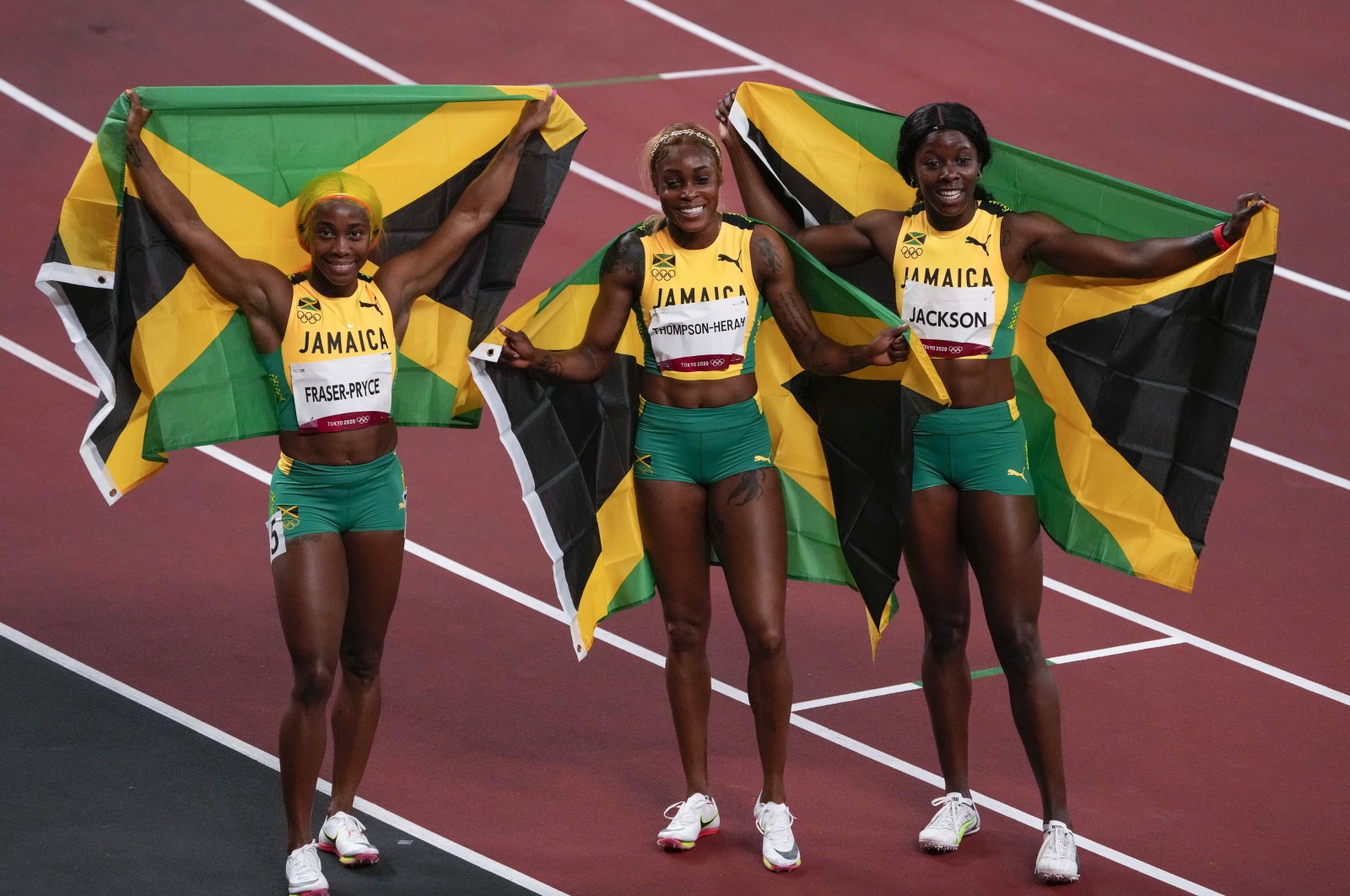 Elaine Thompson-Herah broke Florence Griffith Joyner’s 33-year-old Olympic record in the women’s 100 meters, pointing at the scoreboard even before crossing the line in 10.61 seconds Saturday to defend her title and lead a Jamaican sweep of the medals.

Thompson-Herah beat her top rival, Shelly-Ann Fraser-Pryce, by .13 seconds. Shericka Jackson, who moved to the shorter sprints for the Tokyo Olympics, won bronze in 10.76. This had been shaping up as a fast race for days, if not months. In June, Fraser-Pryce ran the fourth-fastest time in history at 10.63 seconds.

And when the sprinters arrived in Japan, they discovered a fast track at Olympic Stadium. In the semifinals earlier Saturday, the Jamaicans all cracked 10.8 to get on the list of the 10 best times in Olympic history. Then, it was Thompson-Herah’s turn to make history. Flo Jo’s records are older than virtually every sprinter in the women’s game, save Fraser-Pryce, who was born about 18 months before the American set the marks.

Griffith Joyner’s world record, the 10.49, is still out there, and no other woman has ever broke 10.6. Fraser-Pryce came in thinking it could be her, and when she crossed the line in second, she flashed a look of disbelief, then stood stone-faced with her hands on her hips looking at the scoreboard. Thompson-Herah was looking left toward the clock as she approached the line. She was pointing even before she got there, conjuring memories of Jamaican great Usain Bolt, who celebrated with 10 meters to go when he broke the men's world record in Beijing at the 2008 Games