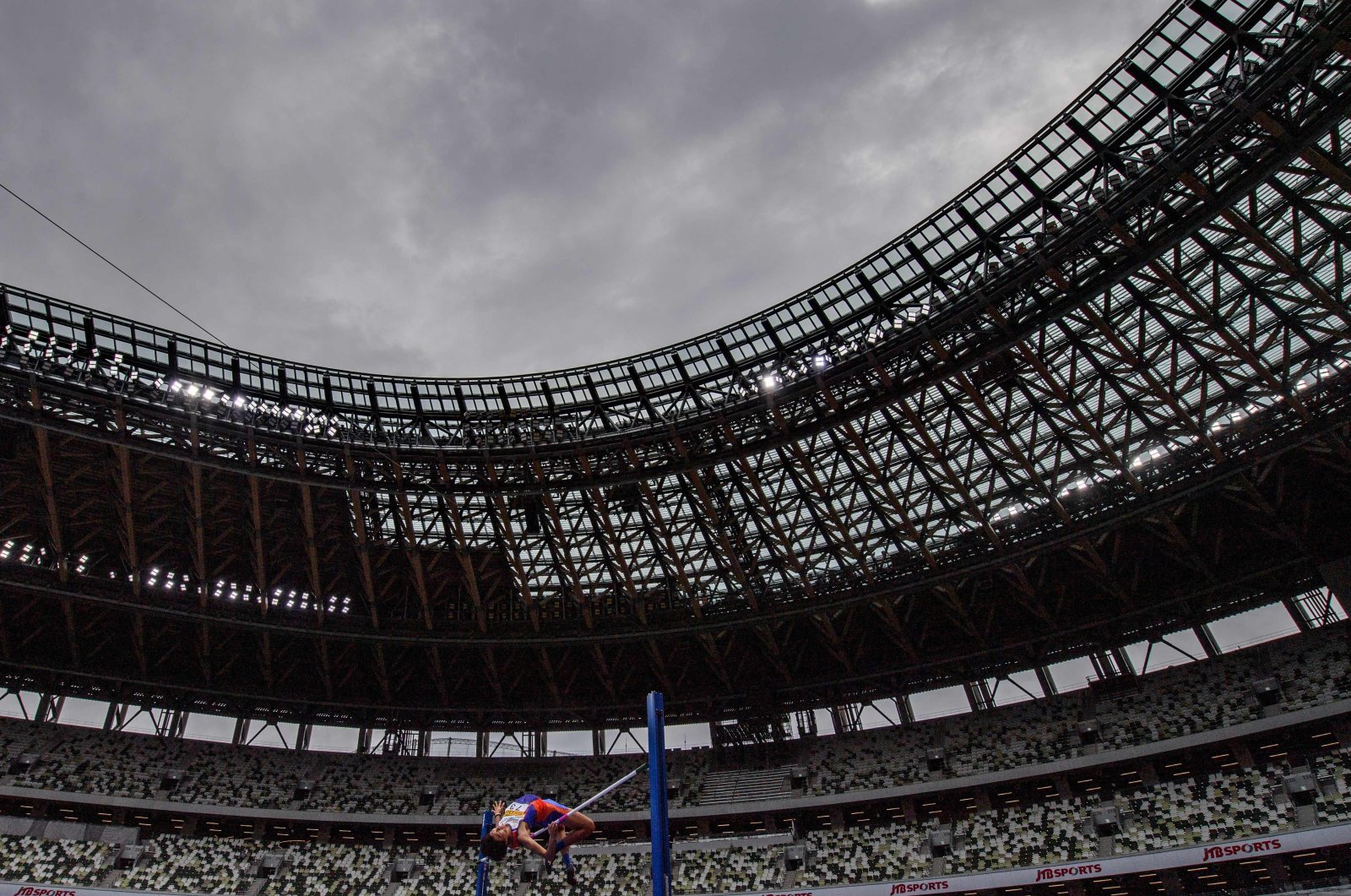 Japan's top athletes put the new Tokyo Olympic stadium through its paces at a track meet Sunday, one year ahead of the Games which have been postponed due to the coronavirus pandemic.

The televised competition was held behind closed doors, with only athletes and a few hundred journalists and officials in attendance at the 60,000-seat facility, which is still undergoing construction work on its exterior.

High jumpers got the Golden Grand Prix 2020 meet underway as up-tempo music and the lively voices of stadium announcers filled the air.

The jumpers, however, had no spectators to ask for slow handclaps to find their rhythm as they sped down the runway.

Sprinters likewise rushed to the finish line, but there were no cheers of excited fans and no collective sighs greeted the failed jumps of the pole vaulters.

A handful of male javelin throwers took matters into their own hands and offered slow claps in unison for each other as they took their turns.

"It's great to be back at my place of work," javelin throw winner Genki Dean told reporters. "It's so fun to compete."

The event was held as Japan takes cautious steps to reopen its economy, with professional baseball, football and sumo resuming before a limited number of fans.

But the nation is also seeing a rebound in new infection figures, particularly in urban areas, including Tokyo and Osaka.

Japanese Olympic organizers have said the Games will take place from July to August next year but have yet to decide details, including how many spectators to allow.

Many athletes voiced frustration about the postponing of the Olympics and the difficulty of training during the pandemic, which closed many tracks and prevented group practices.

"I am turning 32 years old and, when thinking about my age, I was very, very disappointed (by the delay). I was performing particularly well so it made it even more difficult for me to change my mindset and move on," said Yukari Ishizawa, who took second place in the women's 3,000-meter steeplechase.

"Even when I was practicing, I could not tell what all this practice was leading to," she said.

"I finally realized that I was fortunate to have the opportunity to push myself to take on this challenge" of trying to qualify for the Olympics, she added.