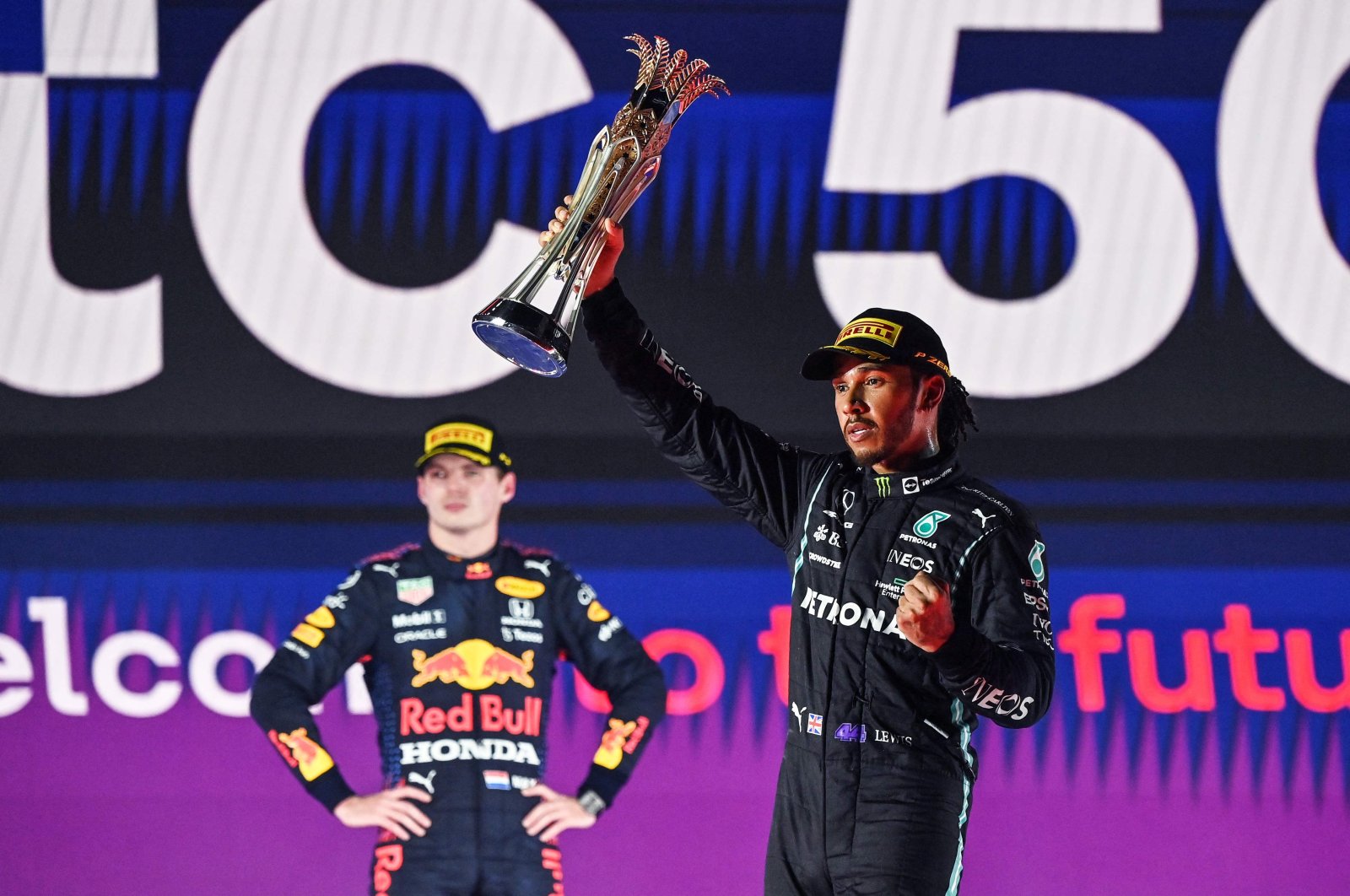 Lewis Hamilton will go into the season's last race this weekend aiming, alongside Max Verstappen, for the top title in the culmination of a racing calendar where the two engaged in a bitter rivalry that has long been a staple of Formula One

Any racing season can be fodder for good sports drama in Formula One, but only time will tell whether the rivalry between Lewis Hamilton and Max Verstappen will be long and rousing enough to get its own movie or book.

Formula One has been built on the box-office drama of bitter, sometimes dangerous, feuds between its most charismatic stars.

The battle between seven-time champion Hamilton and the relative youngster who wants to take his crown, Max Verstappen, boils down to 58 laps in Abu Dhabi on Sunday. From the first-lap crash at the British Grand Prix that took the Dutchman out of the race and led to angry recriminations to Hamilton's assertion after his thrilling victory in Saudi Arabia on Sunday that Verstappen was "crazy," all the ingredients are there for a rivalry for the ages.

The two men are following in a hallowed tradition. Here are some of the sport's stellar head-to-heads:

The 1976 season was the apex of the long-running battle between James Hunt and Niki Lauda that was later turned into the film 'Rush' by director Ron Howard. The fire of the Briton contrasted with the ice of the Austrian. Lauda, the reigning champion, led comfortably with seven races to go, but almost died in an August accident at the Nurburgring. Severely burned and with lung damage, he returned to the wheel of his Ferrari six weeks later at Monza, his face covered in bandages. In his absence, Hunt had closed the gap and trailed by three points going into the final race at Fuji in Japan. As torrential rain fell, Lauda decided to retire after two laps considering the conditions too dangerous. Hunt kept racing in his McLaren and, despite a puncture, grabbed a brilliant third to take the only title of his career by one point.

In 1986, Brazilian Nelson Piquet joined Williams in search of a faster car and a world title. The other seat was occupied by Briton Nigel Mansell. The problems started at once, with Piquet calling his younger team-mate "an uneducated fool." The relationship deteriorated at the British Grand Prix where Mansell broke his drive-shaft but a massive crash allowed him to return to the pits and take a back up car, configured for Piquet, before outracing the Brazilian to win. "From now on, I will act as if we belong to two different teams," said Piquet. Both won four races but Alain Prost, who had a much less competitive McLaren, took advantage of the Williams feud to clinch a second straight title by winning the season-ending Australian Grand Prix in Adelaide. The Frenchman finished two points ahead of Mansell and three clear of Piquet. The following season, Piquet won a third world title after Mansell crashed in qualifying for the penultimate race in Japan, suffering injuries that ended his season.

The rivalry between the Frenchman and the Brazilian is the most celebrated in F1 history. As team-mates at dominant McLaren in 1988 and 1989, they engaged in a thrilling mano-a-mano battle for the title, which team boss Ron Dennis tried to referee. In 1989, Prost clinched the title at Suzuka when the governing body, the FIA, disqualified Senna, who had finished first. Senna said the FIA (FISA at the time), chaired by another Frenchman, Jean-Marie Balestre was helping Prost. "He doesn't want to beat me, he wants to destroy me," Prost replied. In 1990, Senna clinched the title in Suzuka after driving into Prost's Ferrari at the start, taking both cars out of the race. They reconciled after Prost's retirement only a few months before Senna's death at Imola in 1994.

In 1997, Michael Schumacher entered the season-ending European GP in Jerez, Spain, one point ahead of Canadian Jacques Villeneuve of Williams-Renault. Three years earlier, Schumacher, in a Benetton, had clinched his first title after hitting Damon Hill, who was trying to overtake him during the final race in Australia. In Jerez, a similar incident turned out less well for the German, now with Ferrari. With 12 laps to go and Schumacher leading, Villeneuve tried to overtake him on the inside. Schumacher turned into him, but suffered the more serious damage. Schumacher retired while Villeneuve limped home third to claim his sole world title. The FIA stripped Schumacher of his second-place championship finish and ordered him to take part in a road-safety campaign.

The domination of Mercedes at the start of the hybrid era bred another internal feud. After Hamilton won the title in 2014 and 2015 ahead of teammate Nico Rosberg, the German decided to go for it in 2016. The result was a poisonous atmosphere which split the team into enemy clans. The confrontation reached its climax at the Spanish GP, when Rosberg overtook Hamilton at the start. The Briton fought back, spun going into turn four and took out Rosberg. Both Silver Arrows retired. Rosberg went on to edge Hamilton by five points to become world champion like his Finnish father Keke, and, worn out by his duel with Hamilton, announced his surprise retirement at the young age of 31.