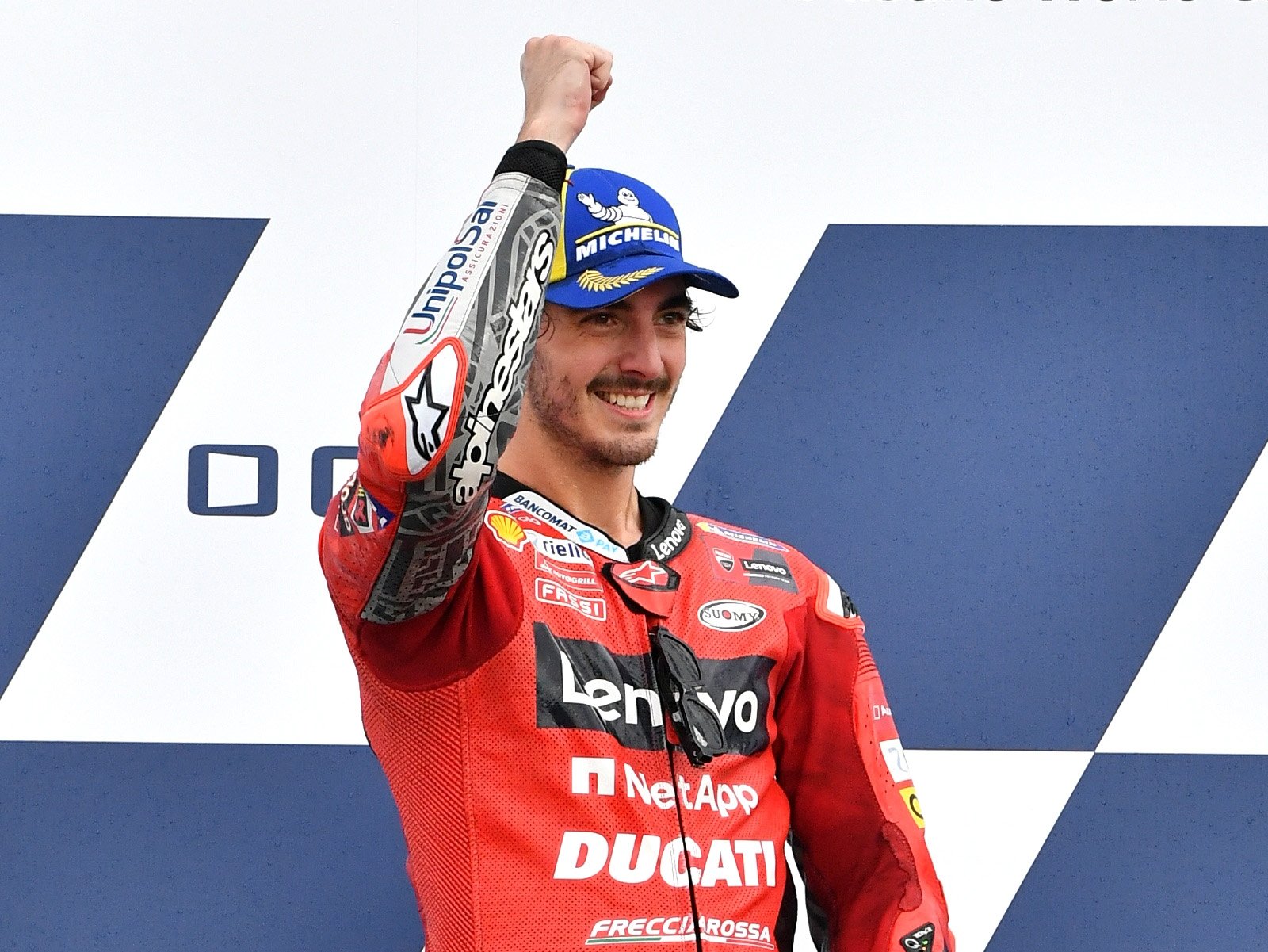 The Italian, who celebrated his debut win in the premier category last weekend in Aragon, came under intense pressure from championship leader Fabio Quartararo in the closing laps.

But he had enough left in the tank to hold off Yamaha's French rider.

Despite missing out on adding to his five wins this term Quartararo, 22, still had plenty to smile about.

With four races left his lead remains a solid one at 48 points over Bagnaia whose red-hot form is ensuring there is nothing at all processional about Quartararo's attempt to become the first-ever French MotoGP world champion.

"When I saw Fabio lost time in the early laps coming at me over the last 10 laps it was really hard, but I gave it everything," said Bagnaia.

"I found it difficult enough to get my first MotoGP win and now I've won two in a row, I'm so happy."

Quartararo said: "It was so hard, I lost time in the early laps. I was pushing at my limit, I wanted the win."

Joining this pair on his first-ever podium was Enea Bastianini, who arguably produced the standout performance of this 14th round of the campaign.

Starting 12th on the grid he stormed through the field with some serious lap times to take third for Ducati's satellite Avintia stable.

Bagnaia, seeking to follow up last weekend's breakthrough win in the premier class, jumped off from a pole position acquired in style 24 hours earlier with a track record. His Ducati teammate Jack Miller followed him through turn one.

Quartararo was in a battle for third with Jorge Martin until Martin's Ducati satellite bike went from underneath him.

With Bagnaia looking bulletproof up front, Miller lost chunks of time going wide on turn 13 with over half the race completed.

Quartararo seized the second spot away from Miller shortly after, the gap under three seconds and 14 laps to go.

At the 10 laps to go marker Quartararo had chiseled away at Bagnaia's lead to under two seconds.

Quartararo had said on the grid at the start "I feel good today" and he would need to be at his best as he set about hunting down his Sunday afternoon prey kitted out in Ducati red.

The stage was set for a thrilling final five laps of the famous Misano circuit with Bagnaia prevailing.

The 23,000 fans in attendance may have been disappointed to witness motorcycling legend Valentino Rossi's slow march to retirement continues with another lowly finish in the 17th place.

But they couldn't quibble over the heavily Italian-flavoured result.