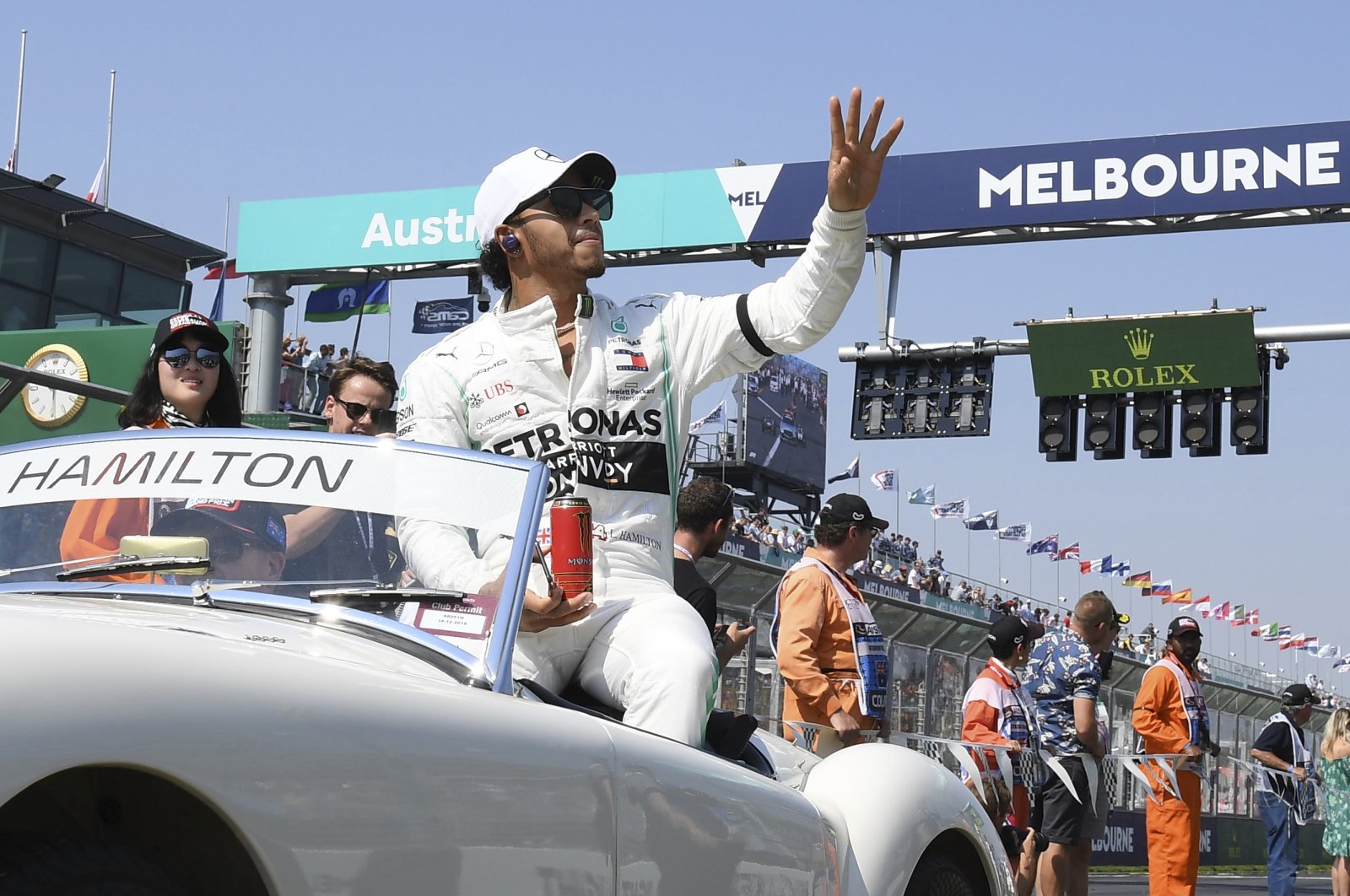 In this March 17, 2019, file photo, Mercedes driver Lewis Hamilton of Britain waves as the drivers parade begins ahead of the Australian Grand Prix in Melbourne, Australia. (AP Photo)
by Associated Press Feb 08, 2021 2:51 pm

Formula One world champion Lewis Hamilton has signed a one-year deal to stay with Mercedes for a ninth season, the team said Monday.

Since joining Mercedes for the 2013 season, Hamilton has won six world championship titles – moving him level with Michael Schumacher on a record seven for his career.

"Our team has achieved incredible things together and we look forward to building on our success even further, while continuously looking to improve, both on and off the track," said Hamilton, who has won 74 races with Mercedes.

As part of his new deal, Mercedes and Hamilton have established a charitable foundation in a commitment to "supporting greater diversity and inclusion in all its forms in motorsport," the team said.

"I am grateful that Mercedes has been extremely supportive of my call to address this issue," Hamilton said.

Mercedes team principal Toto Wolff said the two parties took time to agree to a new deal because of the effects of the pandemic.

"We have always been aligned with Lewis that we would continue," Wolff said, "but the very unusual year we had in 2020 meant it took some time to finish the process."

"The story of Mercedes and Lewis,” Wolff added, "has written itself into the history books of our sport over the past eight seasons, and we are hungry to compete and to add more chapters to it."

The 2021 F1 season begins in Bahrain next month.