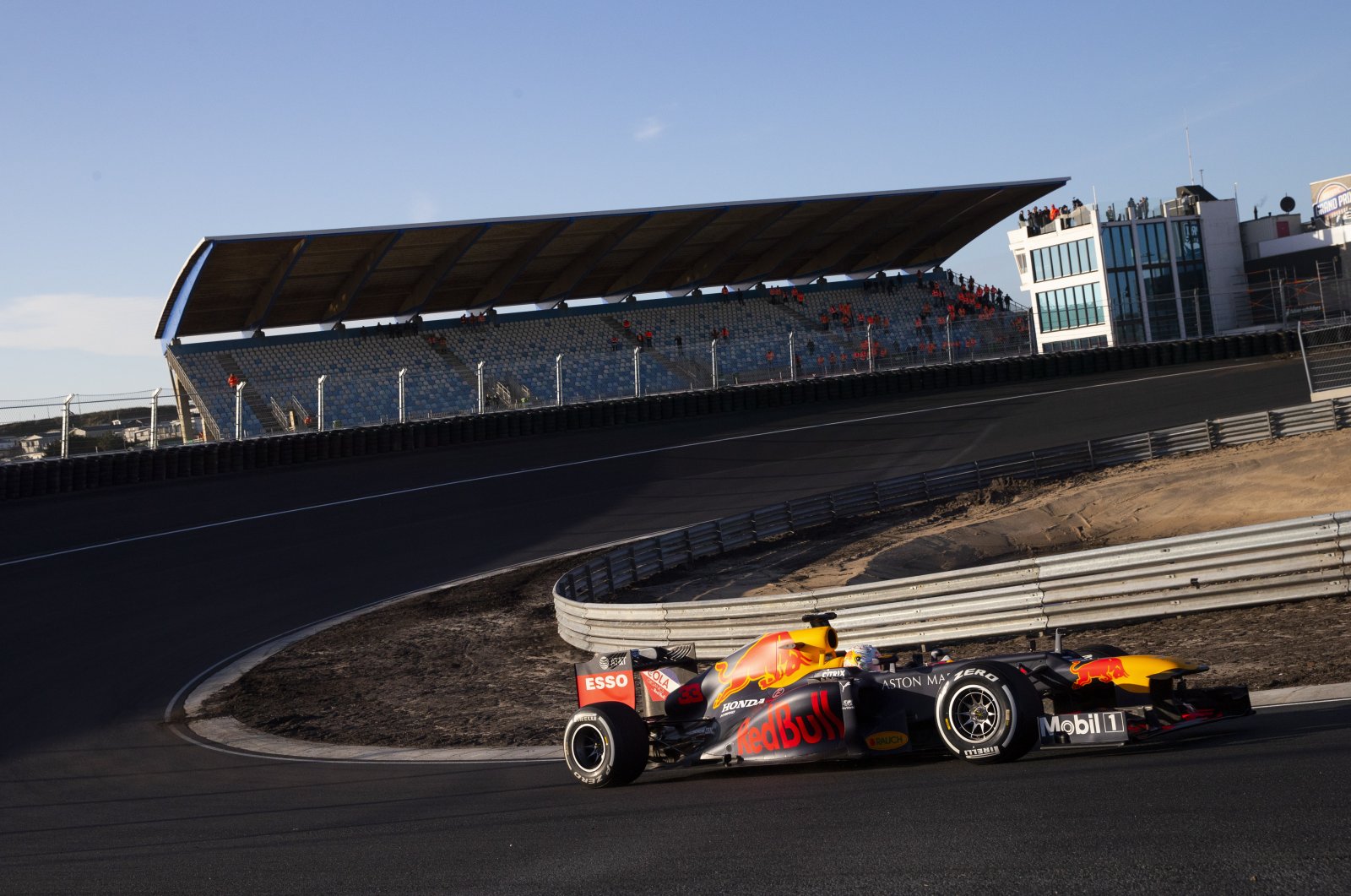 F1 driver Max Verstappen drives his car through one of the two banked corners during a test and official presentation of the renovated F1 track in Zandvoort, Netherlands, March 4, 2020. (AP Photo)
by German Press Agency - DPA Jun 03, 2020 1:11 pm
RECOMMENDED

Formula One races will not be called off if a driver or team staff member tests positive for the coronavirus but F1 boss Chase Carey also readily admits the sport is heading into uncharted waters with next month's delayed start into the season.

F1 has released a 2020 calendar with eight races behind closed doors in Europe, starting with a double-header in Austria on July 5 and 12, and finishing with the Italian Grand Prix on Sept. 6.

What happens next is anyone's guess, whether races can be held in Russia and the Americas where the virus is still very present, or whether grands prix are possible in Asia, maybe even with fans.

Carey reiterated on the F1 website late Tuesday that the aim remains to salvage the season as much as possible by having between 15 and 18 races from an original 22.

The campaign was supposed to start on March 15 in Australia but the Melbourne race was scrapped at the last minute after a member of the McLaren team contracted the Sars-CoV-2 virus.

With strict safety and quarantine measures now in place, Carey says racing can go ahead even if there are positive cases.

"An individual having been found with a positive infection will not lead to a cancellation of a race," Carey said.

"We encourage teams to have procedures in place so if an individual has to be put in quarantine, we have the ability to quarantine them at a hotel and to replace that individual.

"If a driver has an infection, reserve drivers available."

Carey said the start of the season amid the tight safety measures would include frequent coronavirus tests and teams with a maximum staff of 80 being brought in on charter flights and staying in different hotels. These measures have been endorsed by all teams as everyone is keen to finally race after a delay of almost four months, he said.

"Counting down to the start of the 2020 F1 season," Red Bull driver Max Verstappen tweeted. Racing Point's Sergio Perez said on the same social network: "Ready to get back on track! With all the desire to start my tenth season."

World champions Mercedes – whose Lewis Hamilton is gunning for a record-equaling seventh world title – highlighted that the campaign kicks off in the home country of their motorsport chief Toto Wolff.

The Austrian health ministry had given the green light on Saturday for the start of the season and praised F1's detailed concept.

"Organizers have presented a comprehensive, professional security concept to prevent infections and spreads" and therefore "teams can enter the premises to practice their profession," it said.

Carey said that "everybody wants to get back racing" but "in a safe way" and "with a confidence we have the right procedures in place to be able to do it in the right way."

Under F1 rules, eight races would suffice to crown a world champion but Carey said there is very much hope to have more grands prix, even though proper plans cannot be made at this time and maximum flexibility would be needed.

"We feel good about it," he says. "We're in uncharted waters. We certainly continue to have a lack of visibility beyond a fairly short timeframe."

"Our goal would be before the end of June to if not complete the rest of the calendar, to have a handle on it. We know what we would like to try and do."

"We have other options if some things don't come together. We do expect there are races that are on the calendar which will probably still not occur. I think we certainly have options," Carey said.