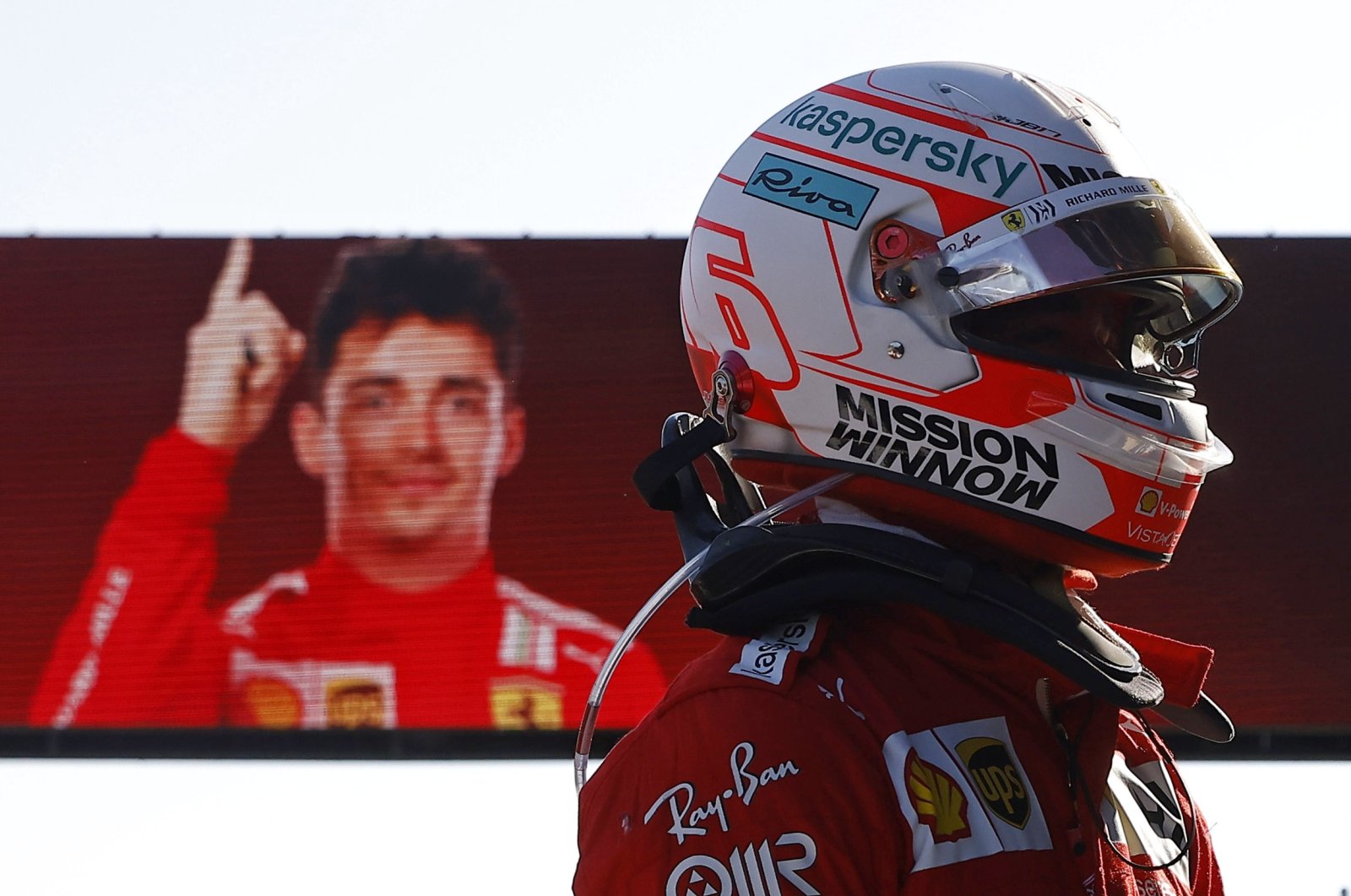 Mercedes' world champion Lewis Hamilton will start alongside Leclerc, who is looking for quick redemption after taking pole in Monaco only to retire from the race when his car broke down on the warm-up lap.

Red Bull's Max Verstappen leads Hamilton by four points in the drivers' championship after winning in Monaco last time out, and is on the second row of Sunday's race with the Alpha Tauri of Pierre Gasly for company.

Q3 was halted with a minute remaining when Gasly's teammate, Japanese rookie Yuki Tsunoda, crashed at turn three, with Carlos Sainz in the following Ferrari taking quick avoiding action, locking his wheels and smashing into a safety barrier

Leclerc was on course to confirm Ferrari's return to form after their woeful 2020 when he qualified fastest in Monaco but crashed at the end of Q1 in his home race.

He then suffered the heartache of having to retire before taking his place on the grid when his car broke down on the formation lap.

Carlos Sainz, who finished second to Verstappen in Monaco, starts from the third row in Baku alongside Lando Norris in the McLaren, although the British driver could be hit with a grid penalty for failing to obey red flag protocol.