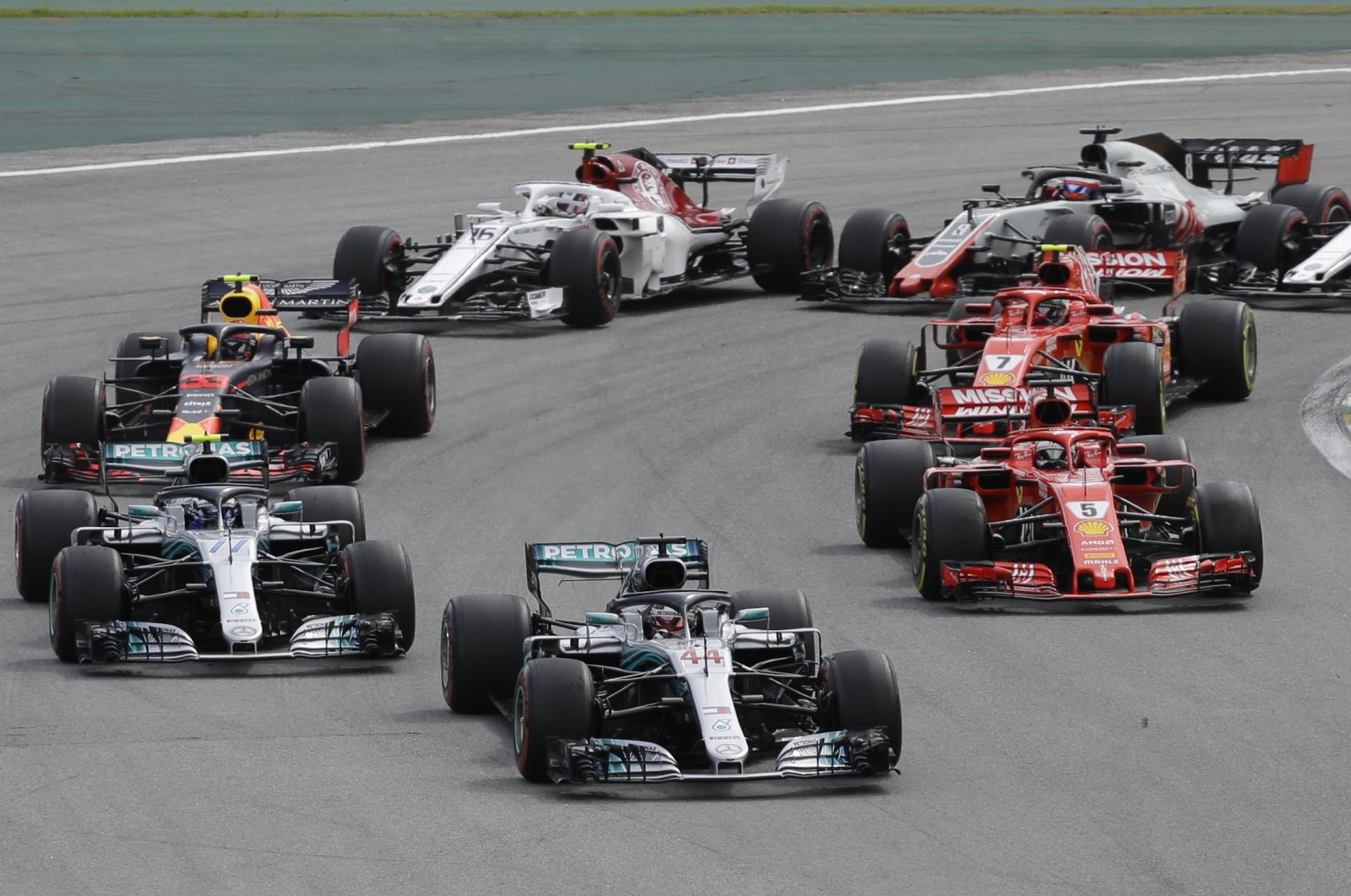 In this Nov. 11, 2018 file photo, Mercedes driver Lewis Hamilton, of Britain, leads the race after the start of the Brazilian Formula One Grand Prix at the Interlagos race track in Sao Paulo, Brazil.
by Compiled from Wire Services Apr 09, 2020 2:41 pm

Formula One is facing a new reality and must make deeper cost cuts to ensure the sport emerges intact from the coronavirus crisis, FIA president Jean Todt said.

Nine Formula One Grand Prix races have been canceled or postponed since the start of the season in Melbourne last month and the next race on schedule is the French Grand Prix on June 28.

"I'm sure that a lot of teams, suppliers, manufacturers, they may have to review their programs," Todt told Motorsport on Thursday.

"I don't want to be too confident, but I hope a few team owners or team sponsors will keep the motivation. That's why we must make sure we don't discourage them, because they may say OK, after all of that, what is the purpose? Do I still like it? Do I still need it?"

Also speaking to French sports daily L'Equipe on Thursday, Todt said the FIA would not rush the resumption of the season.

"We will not put anyone in danger to resume a championship," the Frenchman explained.

"We will only resume when we have guarantees that the contamination risk is zero."

Motorsport's philosophy will have to change, too, Todt added.

"We will have to restart from scratch and do things differently," he said.

Teams have agreed to lower the 2021 budget cap from $175 million to $150 million, and L'Equipe reported that the FIA would be pushing to further lower it down to $125 million or $100 million.