Hamilton on brink of century with Emilia-Romagna GP pole position 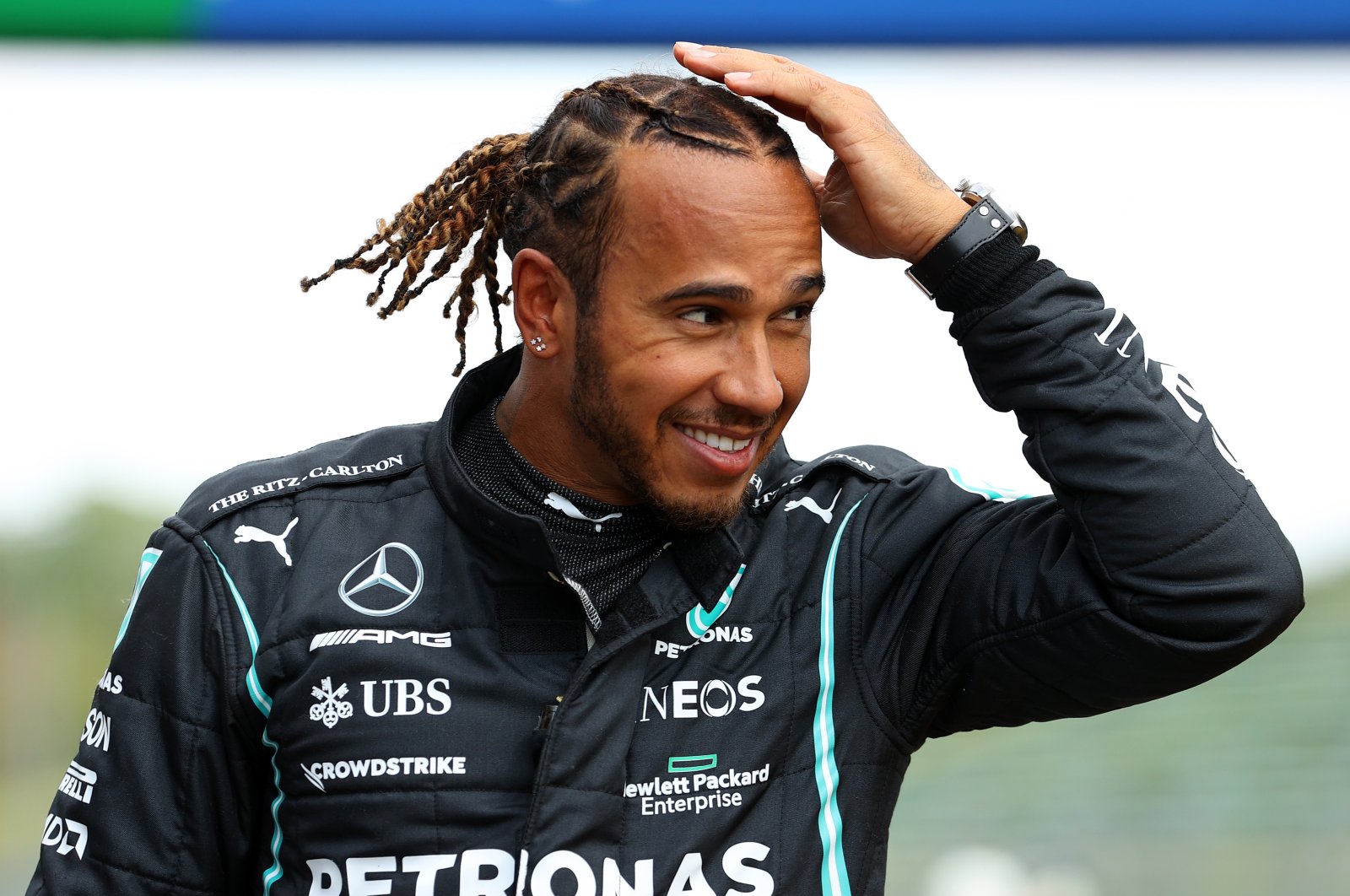 British world champion Lewis Hamilton is on the brink of his 100th career pole position after he outpaced the Red Bull duo in the Emilia-Romagna Grand Prix qualifying Saturday.

It was Hamilton’s 99th career pole and although there is a Red Bull directly behind the Mercedes driver, it will be Sergio Perez rather than Max Verstappen.

A brilliant first lap in the final segment of qualifying saw Hamilton edge Perez by .035 seconds. The British driver was .087 faster than Verstappen, who is expected to be his main challenger this season.

"I didn’t expect to be ahead of two Red Bulls, they’ve been so quick this weekend,” Hamilton said. "The car is feeling much better, I want to thank the team for their hard work.

"I love the challenge, having two Red Bulls will definitely make strategy harder.”

With overtaking around the Imola circuit among the hardest on the calendar, Hamilton will hold the advantage as he bids to claim his second win in as many races.

It will be a first front row start for Perez in just his second race for Red Bull, but the Mexican driver was nevertheless somewhat disappointed.

"Well done to the team, most important is we are showing progress,” Perez said. "We should have been on pole today, I did a mistake on my final corner.”

Hamilton’s teammate Valtteri Bottas had a scrappy final lap and will start from eighth on the grid after finishing .487 slower.

Lando Norris will start just ahead of Bottas. The McLaren driver was heading for the front row after a superb final lap but had his time deleted because of exceeding track limits at the Piratella turn – where many drivers fell foul on numerous occasions over the weekend.

Charles Leclerc qualified in an encouraging fourth for Ferrari but his teammate Carlos Sainz failed to make it into the final part of qualifying, known as Q3, and will start 11th on the grid.

Pierre Gasly and Daniel Ricciardo will start fifth and sixth, respectively, while Esteban Ocon and Lance Stroll rounded out the top 10.

There was disappointment for AlphaTauri’s 20-year-old Japanese driver Yuki Tsunoda as he failed to set a time after crashing early on, causing qualifying to be halted for a short while. Kimi Raikkonen, Antonio Giovinazzi, Mick Schumacher and Nikita Mazepin were also eliminated in Q1.

George Russell, Sebastian Vettel, Nicholas Latifi and Fernando Alonso were the other drivers out in Q2, along with Sainz.

Earlier in the day, Verstappen posted the fastest time in the final practice as the Red Bull driver was nearly half a second faster than the rest of the pack. He was .456 ahead of Norris and .557 clear of Hamilton.

Mercedes led the two practice sessions on Friday with Bottas fastest in both, just ahead of Hamilton as Red Bull endured a tough start to the weekend.

The Emilia-Romagna GP is the second race of the Formula One season. Hamilton won the opener in Bahrain last month, just ahead of Verstappen after a thrilling duel.

Saturday’s practice was briefly red-flagged after Latifi lost control at the Villeneuve chicane and slid through the gravel and into the barriers.