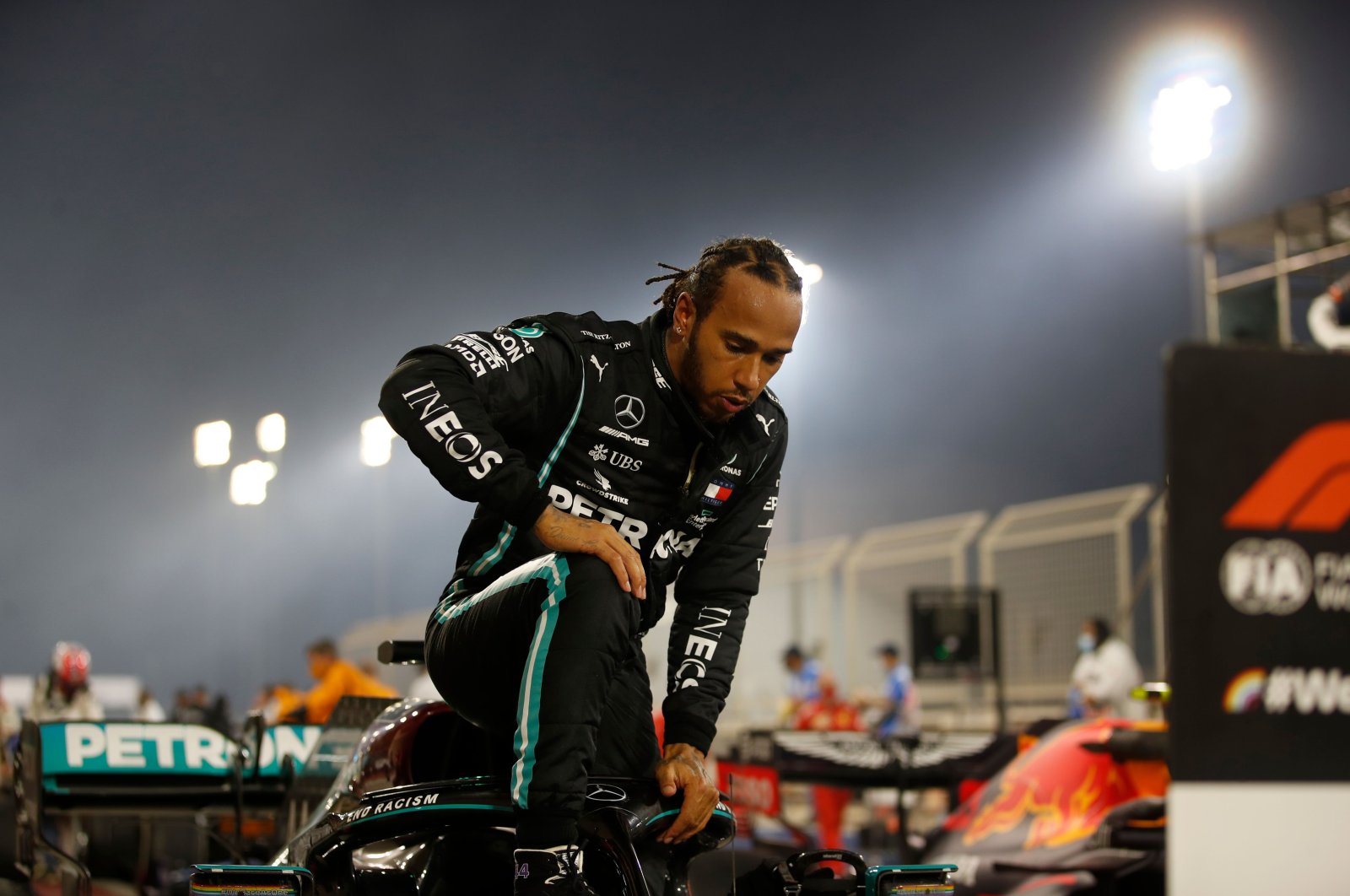 "In accordance with COVID-19 protocols and public health authority guidelines in Bahrain he (Hamilton) is now isolating," an FIA statement said. "The procedures set out by the FIA and Formula One will ensure no wider impact on this weekend's event."

Hamilton, who on Sunday won the Bahrain Grand Prix, the first of back-to-back races in the Gulf state, has already secured a record-equalling seventh world championship this season. "He woke up on Monday morning with mild symptoms and was informed at the same time that a contact prior to arrival in Bahrain had subsequently tested positive," a statement from Hamilton's Mercedes team said. "Lewis therefore took a further test and returned a positive result. This has since been confirmed by a retest. Lewis is now isolating in accordance with COVID-19 protocols and public health authority guidelines in Bahrain. Apart from mild symptoms, he is otherwise fit and well, and the entire team sends him its very best wishes for a swift recovery."

Mercedes added that Hamilton had been tested three times last week and received a negative result each time as part of the sport's strict anti-virus protocols, the last of which was on Sunday afternoon at the Bahrain circuit.

Hamilton sealed his seventh title in Turkey two races ago to equal the all-time record of Michael Schumacher. He then cruised to his 11th win this year and record-increasing 95th victory on Sunday in a race overshadowed by Romain Grosjean's horrific crash, which left the Frenchman receiving hospital treatment for burns after his car exploded in flames after ploughing into a barrier. "It was such a shocking image to see," said Hamilton, who like all of the drivers had a near 90-minute wait for the restart after the opening-lap crash.

Hamilton and teammate Valtteri Bottas were having to "live like hermits" earlier this season to avoid COVID-19, revealed Mercedes boss Toto Wolff after the team recorded two positive cases at the Eifel Grand Prix in Germany in October. Wolff said both drivers were confined to their rooms. "They are the most restricted of the whole group, of the whole team," he said. "It's certainly not a great situation for them because you need almost to live like a hermit – and that is what they are doing. "They are at home, they are not going out for dinners and they are not meeting other people. When we do debriefs, by Zoom or Microsoft Teams, they are not sitting with their engineers in the room."